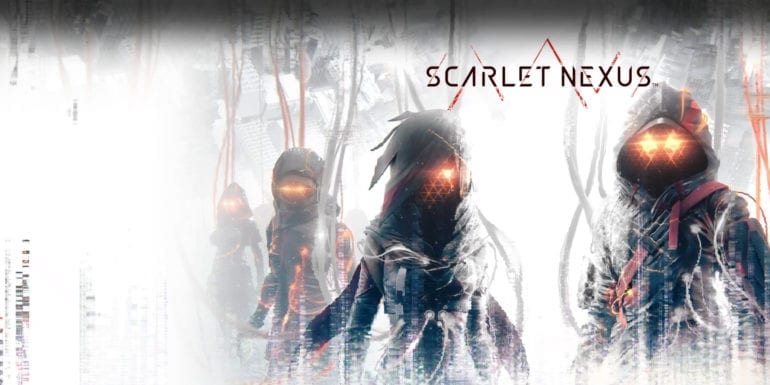 After playing the demo version of Scarlet Nexus on the Playstation 4 for a couple of hours, I have become very fond of the game. The demo version showed me two routes to choose from – either I go as the male protagonist, Yuito Sumeragi, or as the female protagonist, Kasane Randall. Each of the protagonists had a different story flow of events which made me believe that when the full game comes out, we, gamers might expect a set of different endings depending on which character they choose to go with.

The combat system isn’t so simple as your typical hack and slash game. When facing off against dangerous enemies, players can combine their sword combos with psycho-kinetic abilities to deal greater damage or break off an enemy’s armor gauge. Performing finishers do more than just kill enemies out right, they help gain rewards and extra XP for my character. I really enjoyed the fact that I can use the environment to my advantage. Objects like trash bins, cars, and many others helped with and finished off my enemies. Another feature which intrigued me was the use of my allies’ skills called SAS. In the SAS, I was able to use abilities such Pyro-Kinetic, Teleportation, Clairvoyance and Sclerkinesis to add more fuel to weaponize my attacks. I predict that there will be more SAS abilities that can be unlocked as we interact and gather allies in the game.

The Brain Drive feature is something that really impressed me the most within the combat system. In this state, my abilities were greatly improved – attack speed, reducing the use of my psychokinesis gauge, and much more. When the Brain Drive is active, it gave me that critical edge to overcome enemies that would otherwise be too difficult too handle.

The enemies called Other were very challenging. It required me to use my SAS abilities one after another, and even attack combos on top of it. Each Other varied in size and strengths and have their own weaknesses. An example was with an encounter with the Fuel Pool where I have to use my Pyro-Kinetics to light them on fire and give them a status ailment. However, if they attack me using their oil spit, I gain an ailment where my movements have suddenly turned sluggish, which in turn, made it easy for the Others to target me and deal lethal blows. Another type of Other which I found very difficult to deal with were the Saws Paws. Their camouflage skills made it hard for me to target and attack them. In the end, the only way I handled them was to use my clairvoyance ability in the SAS from time to time.

The boss battles were very challenging and had a great presence to them that made me think about ways on taking them down. I suspect, as well, that in the future there will be tougher boss battles that’ll require critical thinking and tactical assessment in handling them. The Others, even if they are tougher and have a higher level than I have, in defeating them, my character as well as my allies gain greater rewards and XP through out the demo.

Needless to say, Scarlet Nexus is really a great game to play, especially for the Playstation 4. Fans should play the game as the content will be very popular especially to those who admire Daft Punk style themed environments. For those not in the know, the demo rewards players who play it by giving them bonus content and add-ons when they play the game after release. This will, no doubt, entice fans to give it a go.

Given the experience I had on the PS4, I expect great things when the game fully releases on June 25th, 2021. With all the bonus content and DLCs like additional power-up items and costumes, the game will truly come to life on the Playstation. I expect there will be much in the way of interaction with the characters and multiple quests that’ll enhance the enjoyment of playing this brand new JRPG game.