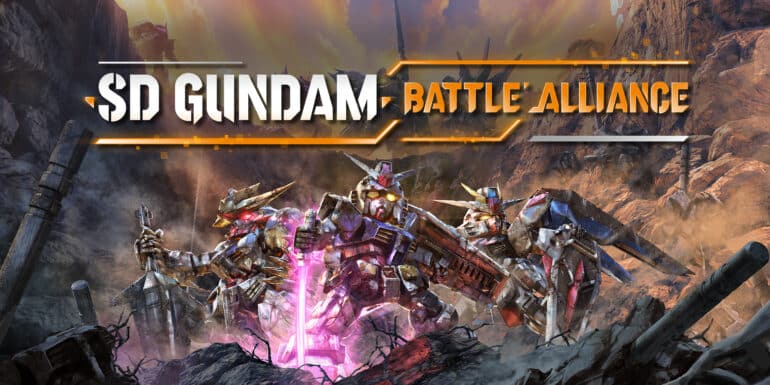 SD Gundam Battle Alliance is now available on all available platforms. It is an action-packed RPG recreating pivotal moments from across the Gundam universe. Fans will be able to pilot units from the original Mobile Suit Gundam to Iron-Blooded Orphans. The game brings together different narratives that let players relive famous scenes and battles from the venerable anime series.

In SD Gundam Battle Alliance, players must join forces to correct a distorted world, overcoming rifts in time known as “Historical Breaks” to restore the true timeline of every Gundam series. Each mission features single-player and multiplayer action, allowing up to three players to work together to progress through the game. SD Gundam Battle Alliance also features a progression system where players must develop, enhance, and reinforce their Mobile Suits with blueprints acquired during the course of their missions. The game boasts fast-paced combat and players will have a variety of melee and ranged attacks, combos, and charge-based special attacks for each Mobile Suit in their arsenals.

SD Gundam Battle Alliance is now available on PS4, PS5, Xbox One, Xbox Series X/S, Nintendo Switch, and PC via Steam and Windows. Pre-orders for digital editions are now available and they include different tiers of bonuses like unlockable missions, new playable units, and other exclusive content.