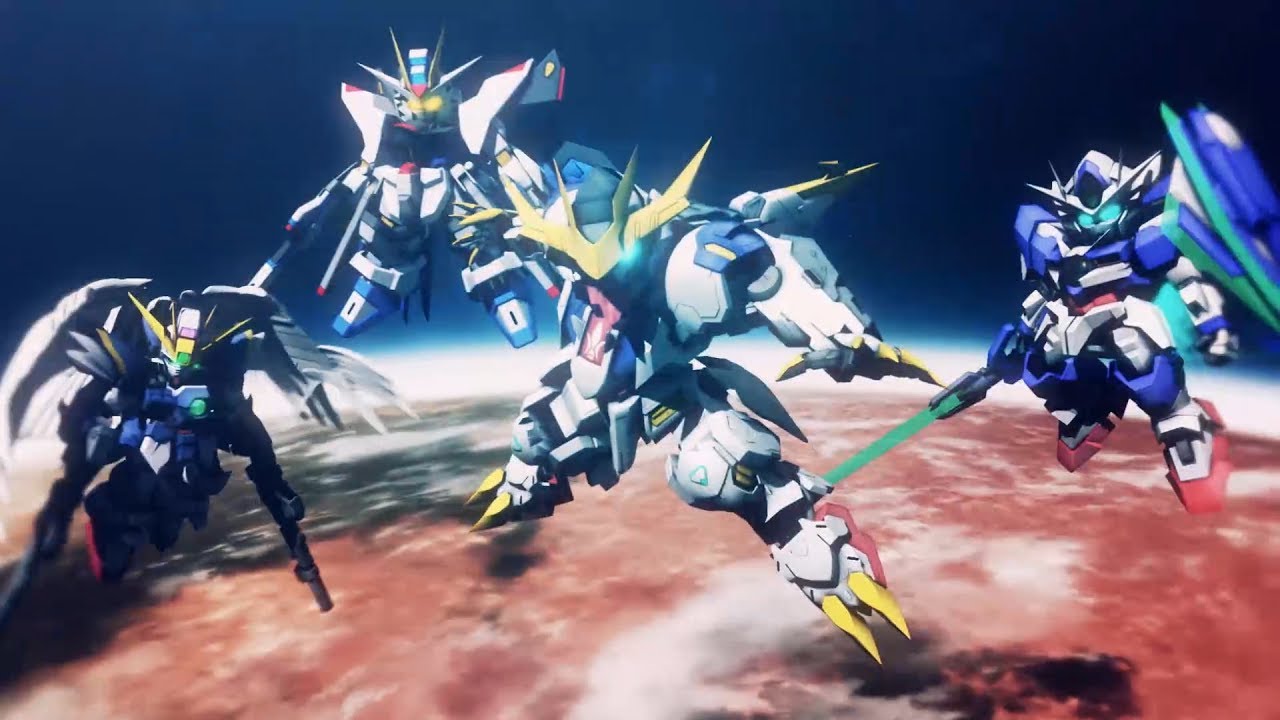 SD Gundam G Generation Cross Rays’ story mode does not have an original storyline compared to its other brother series Super Robot Wars, but it focuses more on each TV series. This time around there is no intermixing of anime stories, which are usually interesting but sometimes fail to top the original narrative. Gundam fans would have already known most or even all of the narratives of each series involved in this title, but it is good to see that they are exploring the side stories this time around. Players are introduced to stories that were only told via manga (Japanese comics), original animation videos (1-3 videos only), and light novels. They even voiced the characters, which finally makes these characters a reality, especially the manga and light novel exclusive ones.

It is a bit disheartening that they only covered four main anime series and its side stories this time around since there are more of them out there. They did promise to introduce more mobile suits via DLC, but there will be no narrative missions coming with them. At least the most popular and more recent anime series were included, so that is a good thing.

SD Gundam G Generation Cross Rays has improved its battle animations compared to all of the series’ titles. The mobile suits look more dynamic this time around compared to the previous ones that looked a bit static and stiff. Imagine my surprise when a generic mobile suit gets a super animated battle scene with introduction dialogue from the pilot, a dynamic exchange of bullets, and parting words afterward. In previous games, those were only exclusive to attacks that can be unlocked via special circumstances. Hats off to you game developers and Bandai Namco, you have impressed me so well with this new feature.

One of the issues I have on visuals is the main menu. It looks so plain, but it does have that colorful sparkles flying around in an empty space with the menu options. It just looks so empty. The previous title Overworld had a more dynamic menu and had more images to look at. Cross Rays main menu just looks empty, it feels unnerving at times. Good thing the sub-menus have more content.

Another issue, which is smaller this time around, is how the pilots are animated when get attacked. It looks weird that they have the same face when attacking and getting attacked. The reaction is off and throws me off sometimes. SRW does it better though.

The gameplay of SD Gundam G Generation Cross Rays is still the same as the previous games with a new addition called Group Dispatch. It is sort of like the auto-attack feature that some mobile games have, which is really convenient for those who do not have a lot of time in their hands. Basically it lets you dispatch a ship full of mobile suits or a group of them into a mission and a timer will start telling when it will be completed. You can accelerate it with an item you can earn via story missions or from bonuses earned after completing Group Dispatch missions. It does not fail you on missions (which could have been a cool concept), but it rewards you depending on how competent your units are. If it is 100%, then you will get the full experience and cash rewards + random mobile suits and modifiers. Lower than that will lower the chances of getting units and modifiers, and the reward experience and cash will be lowered as well. It is the best addition to the series so far.

There is a new way to group your mobile suits, which is now called the Raid Group. The Warship Group is still around, but the new feature allows players to form a new group without a ship with 8 mobile suits. The good news is that the members of the Raid Group can regenerate its fuel. It can also regenerate health points, but these mobile suits should be one square near each other to gain that perk. This is the perfect group for attempting Group Dispatch missions depending on the conditions of each mission.

The BGM feature in SD Gundam G Generation Cross Rays is good, which is expected for the series after introducing voiced pilots. The custom pilot has more voice options this time too with several popular voice actors among them. There is also the premium edition that allows players to change the attached BGM of your pilots to famous songs from the animated series. Songs like Daybreak’s Bell, Just Communication, and more can be accessed and now legally yours with this edition.

I just have one particular issue with the Premium Edition. I do not know how expensive buying the songs for each anime series, but the price is very steep if you get this particular edition. However, there is an option where you can upload your own songs into the game (mp3 files) and attach those to your pilots. In my opinion, that option for the standard edition is cheaper to choose than the Premium Edition. You will only need to buy the Season Pass so you can gain access to the DLCs later on.

SD Gundam G Generation Cross Rays has a very high replay value since it allows players to grind on the same missions again and again to increase the levels of both mobile suits and pilots. It also earns them cash and mobile suits by capturing them in battle. There are quests to complete in order to unlock new modifiers, mobile suits, and pilots. There is also a good amount of story mission to go through, so it’s enjoyable.

Overall, SD Gundam G Generation Cross Rays is a new upgrade to the series. There are more features that are convenient and new to the franchise. This will definitely stay in my game library for a long while.

SD Gundam G Generation Cross Rays – Review
Score Definition
When the issues of a game are rolled and stomped by its greatness, then it’s something to invest on if you have some spare.
Pros
Improved animation visuals
Popular titles with sides stories from Gundam franchise
New convenient features
Option to upload own mp3 files
Cons
Only four anime series included
Main menu looks plain, empty
Pilot animation when attacked look off, stiff.
Premium Edition is way too expensive
8
Great