Have Master Chief on your bow and rock his colors with this crossover content! 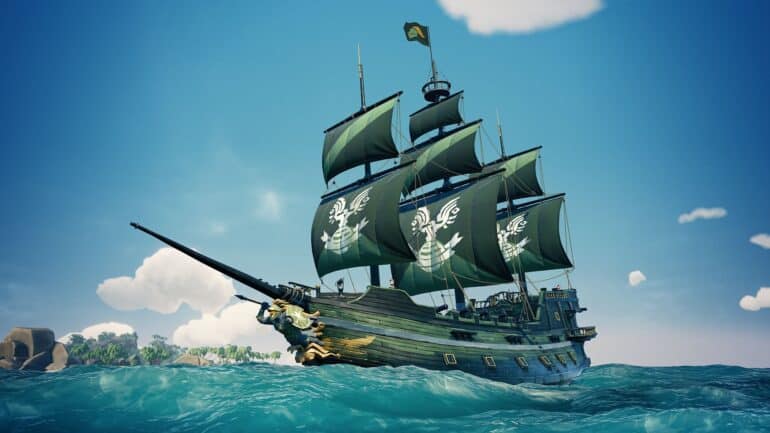 Microsoft has recently announced on social media that Sea of Thieves is having a grand crossover with upcoming and most anticipated sequel Halo Infinite starting today.

Sea of Thieves players will be able to secure Spartan Ship set, a crossover gift from Halo Infinite, starting today. All they have to do is log into the game starting today until 8 am GMT December 1, 2021. Anyone logs in between those dates will get the ship set for free. Just look for it in the Ship Customization Chest if you want to customize your ship right away.

Both the Halo and Sea of Thieves official Twitter accounts have announced the launch of the crossover items to let everyone know about it. This is just a good gesture from Rare to 343 Industries of how excited they are for the launch of Halo Infinite, a game that many fans have been waiting for a long time.

The ship set includes the colors of Halo protagonist Master Chief as the figurehead found on the bow of the ship. For some reason, it is wielding a shield and a spear.

Aside from that, the Noble Spartan Sails and Flag will arrive on December 1 until December 8, 2021. This will complete the whole set that is highly inspired by Halo Infinite.