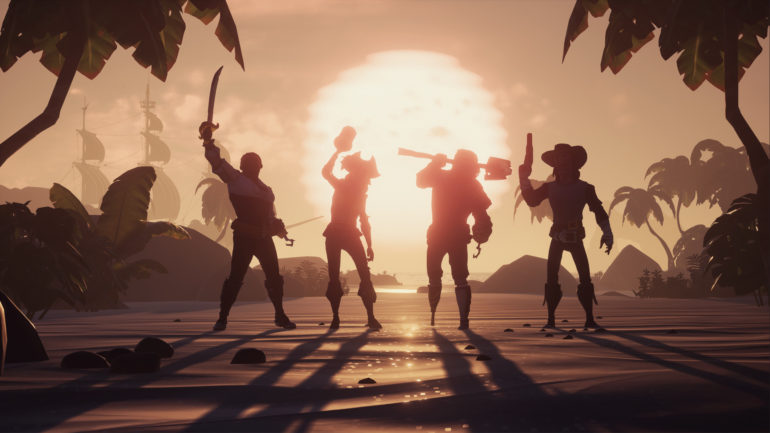 The upcoming update Ships of Fortune will be launched this coming April 22. In this new content, players will get the try out becoming an emissary to one of the trading companies when the Ships of Fortune update is implemented.

Players can choose from the Gold Hoarders, Merchant Alliance, Order of Souls, or Athena’s Fortune. They can get boosted rewards from the voyages with new cosmetic rewards if they do their jobs well.

Speak to one of the representatives at the Outposts in order to become an emissary for one of the Outpost Trading Companies. The hitch is that players will have to prepare a lot of in-game money to donate when they join.

Players get the chance to advance through five grades by representing the company like finding chests as a Gold Hoarder. It all depends on the company they join. If they get a higher grade, they will have a bigger multiplier when they get their rewards. They must also protect their ships because other rivals will take advantage.

The update will also overhaul the matches in the dedicated Arena mode. The old treasure maps will be replaced with a single chest marked by a Sea Doc Beacon. The contest times are now 15 minutes long, so good luck.

There will be a new method of looking out for one another as crew members with this new update. When they get defeated, there is a brief window that allows the crewmates to revive them before they can be transferred to the Ferry of the Damned.

The Pirate Emporium will now offer cats with this new update. Three breeds will be available to choose from like the Wildcat, Ragamuffin, and Mau.

The game is now available on Xbox One and Windows 10. It is also planned to launch on Steam soon.