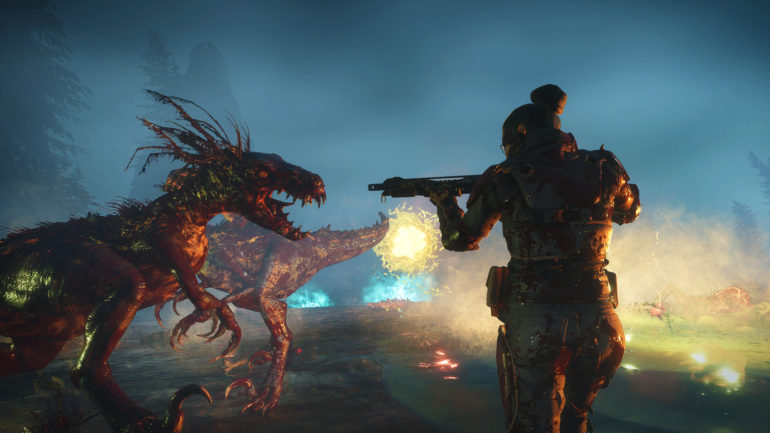 The upcoming multiplayer first-person shooter will be coming to Early Access in September. Aside from that announcement, Systemic Reaction revealed the War Effort, a new global meta-game that will involve the community. Content will evolve over time, which will make gameplay unique and interesting.

The War Effort is an integral part of how we’ll introduce new dinosaurs, missions, and more as a live service experience, and it’s a feature we’re excited to fully flesh out throughout early access.

When players finish a match, the stats are tallied and War Effort will alter the threat level for future matches. This will now make the next round more challenging and the dinosaurs are more savage.

Areas will have ratings with Threat Rating 1 as the smallest and Threat Rating 3 as the highest. When an area goes to rating 1, the other dinosaurs will move to another area, which makes its threat level go higher. Players will have to go back and forth until they stamp out the dinosaurs for good.

Steam Early Access is a way for the developers to find ways to make this game more interesting and challenging at the same time.

This Threat Level adjusts each week, and that is one of the things we’ll be looking into as part of Early Access.For us Early Access is not just about what the community does, it’s about how they do it. How are they coping with certain scenarios? What needs tuning? What do they want tuning? It’s also an opportunity for us to find other ways to kill dinosaurs in other modes outside of missions, like a horde mode, and see what people like. It’s a collaborative process and that is why we chose this route.

Second Extinction is coming to Xbox One, Xbox Series X, and coming to Steam Early Access for PC next month.