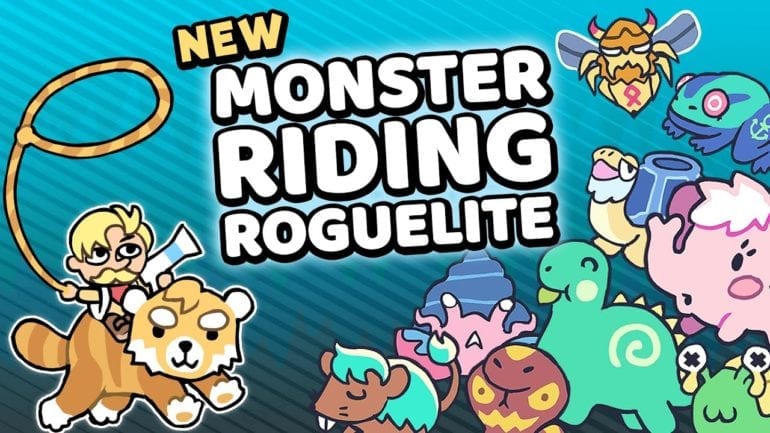 Patch Quest is a new Indie game released in early access from the developer Lychee Game Labs. It comes to Steam on May 7th, 2021. And it a genre-blending Roguelike-Metroidvania game with Bullet Hell Mechanics where you ride catch and ride monsters.

In Patch Quest, the player is on Patchlantis which was once home to a lost civilization. Now Patchlantis has now been fully reclaimed by nature left for us to discover. Now Fierce monsters, rugged terrain, and booby-trapped ruins are all on this world of Patchlantis. And the island’s patchwork terrain gets shuffled each night by a powerful storm which is where the Roguelike element comes in.

In Patchlantis the player can explore a set Metroidvania style map as they lasso and mount monsters. Each of these creatures has its own unique attacks to discover as you move on. And of course, you can keep these cute monsters as pets.

And as the player discover more places they can Capture Patches of Land and catalog the island’s wildlife and plants. And with every run, the player receives upgrades and power-ups which help them with their future runs as one discovers the world and fills up the map.

The fun of the game lies in exploring the Metroidvania world and discovering new and at launch, the game will have 6 of the 12 planned Zones.

And as the game is in active development and if interested one can follow its process on the game’s Discord server and the developer’s regular updates.