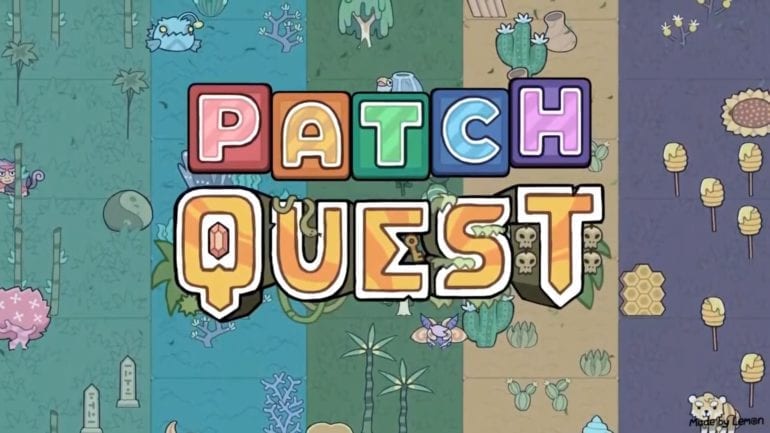 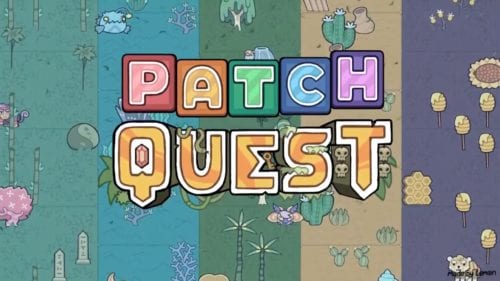 Patch Quest by Lychee Game Labs is a genre-blending Roguelike-Metroidvania game with bullet hell mechanics where you catch and ride monsters. It is rare for a game that blends so many mechanics as it may be difficult to balance since there many aspects that would make them clash with one another. But Patch Quest, even in its early access stage, manages to consolidate the mechanics into a package that is really fun to play.

Patch Quest takes place on Patchlantis and we are thrown into this mysterious world to explore it. The player has a home base that’s surrounded by 4 entrances out of which only one is open and we are told to find a way to open the others first. And here lies the game’s biggest strength — the thrill of discovery.

When traversing the area, it felt great to walk around collecting power-ups, and then I began trying to lasso an animal to catch it and eventually ride them, seeing what these creatures offer in terms of abilities. The roguelike element starts to become evident when the map is set and the player is left to explore the area. As the player moves to explore an uncharted part of the map, randomly generated tiles appear, spawning different sets of enemies and environments.

Each of these zones brings its set of wildlife that keeps the game fresh. And as I explored these maps to open the other entrances I came across different zones, bosses, and sometimes an even Dungeon. Dungeons and a few other encounters are not randomly generated and they serve the purpose of opening shortcuts to making it easier and faster to explore the corners of the area. As of now, only the North West Corner has been completed in this early access build with others coming later on.

Bosses are more commonly spread out on the map and enemies come in 3 waves in those tiles. All these encounters feel great to play as swarms of enemies flood the player as its feel great to unleash all the bullets and power ups along with the various abilities if the Creatures. The difficulty of these bosses is scaled based on what zone you are in. With the easiest being in the four Starting Zones while the end game zones Bosses can get intense and hard.

I personally loved the challenge of these and think that the difficulty is well balanced because the more the player discovers new items the more upgrades you get. And by the time one gets to the end game zones it is more than likely that you are well equipped with the new upgrades to combat the difficult fights.

And unlike most roguelikes, the only punishment for failing in between runs is being sent back to the base which in turn leads us to push forward to explore till the last heath point.

Patch Quest encourages the player to explore as much as they can while cataloging the various objects in each of the zones. This will gain the player skill points to buy permanent perks to improve various aspects of the gameplay. Furthermore, players can use these plants and set them in areas to give them bonus stats.

Items are not the only thing you can collect, pets can be collected too as one can also bring up to 5 pets. But unlike pets, unlimited items can be bought back to the base out of which when you plant 5 of these items from the same region in a patch of land at your base then the patch changes color becomes like the region (desert, water, hills for example). And the health bar of the pet monsters at the home base is dependent on the items the player brings back.

For example, if an animal is from the desert then its health bar is helped if the player plants items for the desert and creates patches for it. And one can also just pet the monster to increase their health a bit.

The aspect of exploration how ever great is not enough to sustain the entire time. But it greatly helped by the art style and the combat of the game. The art style of the game is very light-hearted and looks consistent throughout the entire experience, and as stated every single monster looks unique and fits the habitat where we discover them. The audio enforces this difference too as each monster has sound cues for when one appears and when a monster is attacking. The music can be a bit repetitive though, fitting for the game as it never overwhelms the player.

Before we ride and use each of the monster’s powers to attach the enemy we must face them which in turn lets us know how each of them work. And the game pushes you into a really fun loop of learning the attacks of the monster as you fight against it.

While going to the subject of combat there are two main aspects. First, the attacks of the players without a monster, which is pretty basic, in my opinion, as you collect various types of bullets in the world and toggle between them and later on when you gain the ability to merge them. But the main form of combat is the attacks of the monsters where each of the monster has three attacks which are each unlocked as we play the monster with their own separate cool downs. And just like the bullets in the later game we can combine few of these attacks for a more potent one.

Here is where Patch Quest does something which vastly improves that. There is an energy bar on the right side corner of the screen for each animal you have lassoed. Along with the restricted amount of ammo from each pick up of different bullets. And both them run out very quickly which pushes the player to move forward and find new monster and ammo types. I love this aspect of the game as I was constantly looking for new mounts and pushing forward.

The combat can get a bit too much on the screen at times, to the point where it is even hard to see where your character is. And it does get repetitive in the areas between dungeons and bosses. But the game does not push this too much and as mentioned before this problem is helped with shortcuts which are constantly found on way to the new areas. And it does have its own secrets which I won’t be spoiling here.

Patch Quest, even in its early access stage, is a very polished and realized game with a great art style. It is fun to play and keeps one engaged through its on the fly combat and great sense of exploration. And while it can get a bit repetitive in the later stages the game never gets boring or tedious and manages to hold on to it’s strengths. Most Importantly, it already feels like a full game despite being in early access.

I am eagerly looking forward to future updates to the game as the developer Lychee Game Labs have stated that they will be adding 6 more zones to the map. And Patch Quest gets my full recommendation to buy the game.

Patch Quest even in its early access stage is a very polished and realized game with a great art style. It is fun to play and keeps one engaged through its on the fly combat and great sense of exploration. And while it can get a bit repetitive in the later stages the game never gets boring or tedious and manages to hold on to it’s strengths. – For publishing 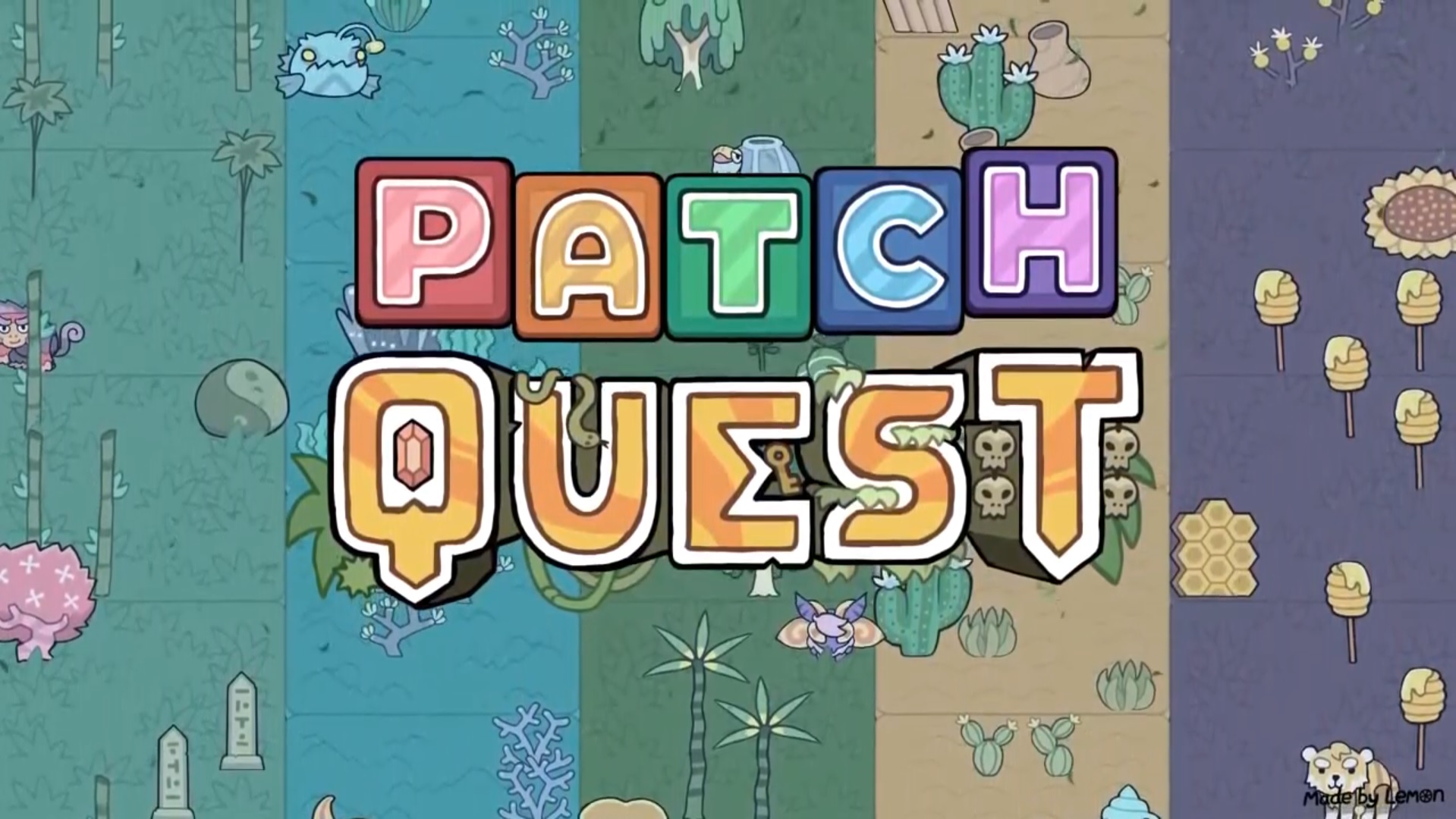 Patch Quest (Early Access) – Review
Score Definition
When the issues of a game are rolled and stomped by its greatness, then it’s something to invest on if you have some spare.
Pros
Great sense of Exploration
Adorable Art Style
Intense and fun on the fly combat
Well designed boss and dungeon encounters
Cons
The areas between the big encounters get a bit repetitive
The screen can get a bit too cluttered in some combat situations
8.5
Great