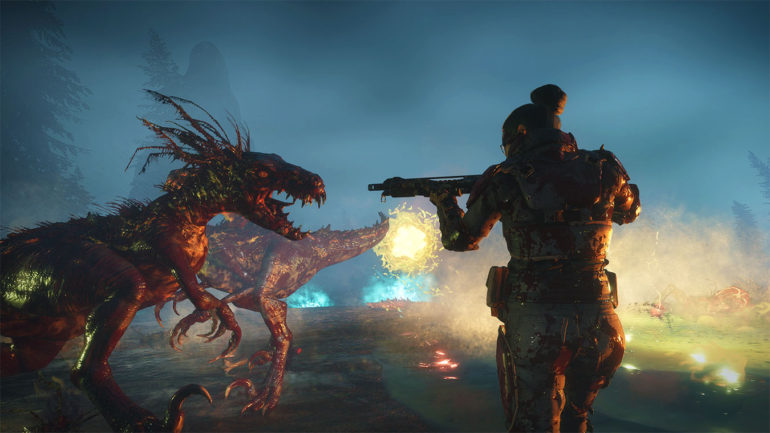 Second Extinction is players versus dinos

The upcoming first person shooter is an intense 3 player co-op shooter where the goal is to erase the mutated dinosaurs that have taken over Earth. The goal is to reclaim the planet from these crazy-looking monstrosities. Players will need to work out their teamwork here and use a combination of weapons, abilities, and skills to take on tons of dinosaurs hurling at them.

The game is a co-op, action, FPS, and hack and slash title, developed and published by Systemic Reaction. It will be released on Xbox Series X, Xbox One, and PC.