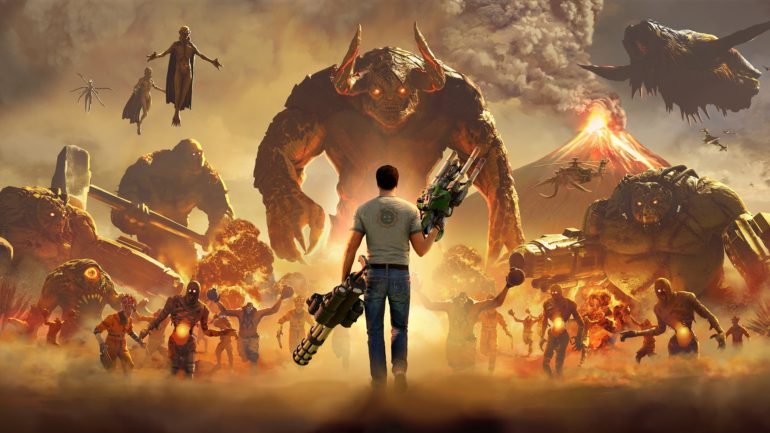 Croteam thanked the fans for supporting the game after it was released last week. They were happy that the fans contributed and shared what bugs they could find, which made it easier for them to make tweaks for the next update. Even though it was just a hotfix at first, the whole process made it into a new patch. It includes new features that the game community requested, tweaks, and improvements.

Also the team clarified that they are skipping 1.02 for 1.03 because they want the GOG and Steam versions to be in sync in terms of naming.

What’s new?
• The benchmark will no longer create auto-saves, so your progress is safe once again.
• The benchmark will no longer leave the cheats turned on at the end of the run.
• You can now disable all hints, as well as the headshot indicators in the game options menu.
• Netricsa indicators can now be controlled through the game options menu.
• Weapon slots are now bindable! Thanks for your feedback on this.
• Toggle last weapon will now ignore gadgets.
• Objective markers visibility can now be controlled through game options (auto, always, never).

Gameplay fixes and changes
• Fixed an issue that would prevent the player from finishing the side mission on “Gates of Hell” in certain situations.
• The Cluster Grenade attachment will now be awarded when the player starts the “Vive la Resistance” level from the menu.
• The Zealot will no longer be catapulted into oblivion when killed by a double-barreled shotgun or a rocket launcher. It was fun while it lasted.
• The Chainsaw Launcher alt-fire will now gib enemies as intended.
• The player will now spawn in the Popemobile after loading an autosave during the Megalopolyp boss fight.
• Fixed an issue where the players would sometimes get stuck near the first gated area in Viva La Resistance.
• Fixed an issue where the players would be unable to remove a weapon from their hands while riding a Khnum.
• Fixed an issue where some secrets would not be marked as such when the player discovered them.
• Vehicles will no longer be able to kill enemies without any momentum
• L.I.F.E gadget will no longer reset armor to 100 to players who have more than 100 armor at the time of activation.
• Fixed an issue with the cutscene starting abruptly upon finishing the Viva la Resistance square fight
• The mech “low battery” warning will no longer show for all players on the server, even if they are not in a mech.
• Players will now select the last used weapon after using a gadget, instead of always autoselecting rifle.

Visual fixes and changes
• Fixed an issue where Blue Biomech wouldn’t gib on any blood setting but the default one.
• Fixed an issue where the Time Warp effect would be visible during cutscenes.
• Vehicle steering wheels and speedometers will now behave correctly in all situations.
• Additional tweaks on the Processed melee kill.

Serious Sam 4 is now available on PC via Steam and GOG, Xbox One, and PlayStation 4.