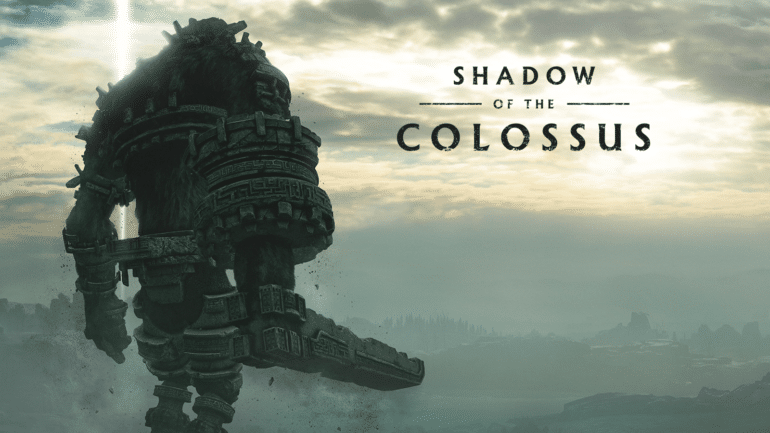 When I think about the memories I had with my PlayStation 2 (PS2), there were great IPs that brought innovation and introduced these games into a whole new level of entertainment – those experiences that never fades, and a great example of that is Fumito Ueda’s Shadow of the Colossus. Dating back to 2005, I was 12 years old, a game that had gigantic enemies weren’t a thing. The year was filled with shooters and there was little room for weird games like Ueda-san’s magical adventure game. When the game finally launched, it was met with nothing but praise from all around the industry and the community. The game ended up as a masterpiece, critically acclaimed, one that pioneered new experiences in video-games over the horizon and the future.

Up until now, I still play Shadow of the Colossus on my PS2, and I even bought the PlayStation 3 (PS3) collection that included Ico just a few weeks ago. The game never gets old. While the visuals look dated, the experience it brings is just a piece of gold that I can’t easily forget. 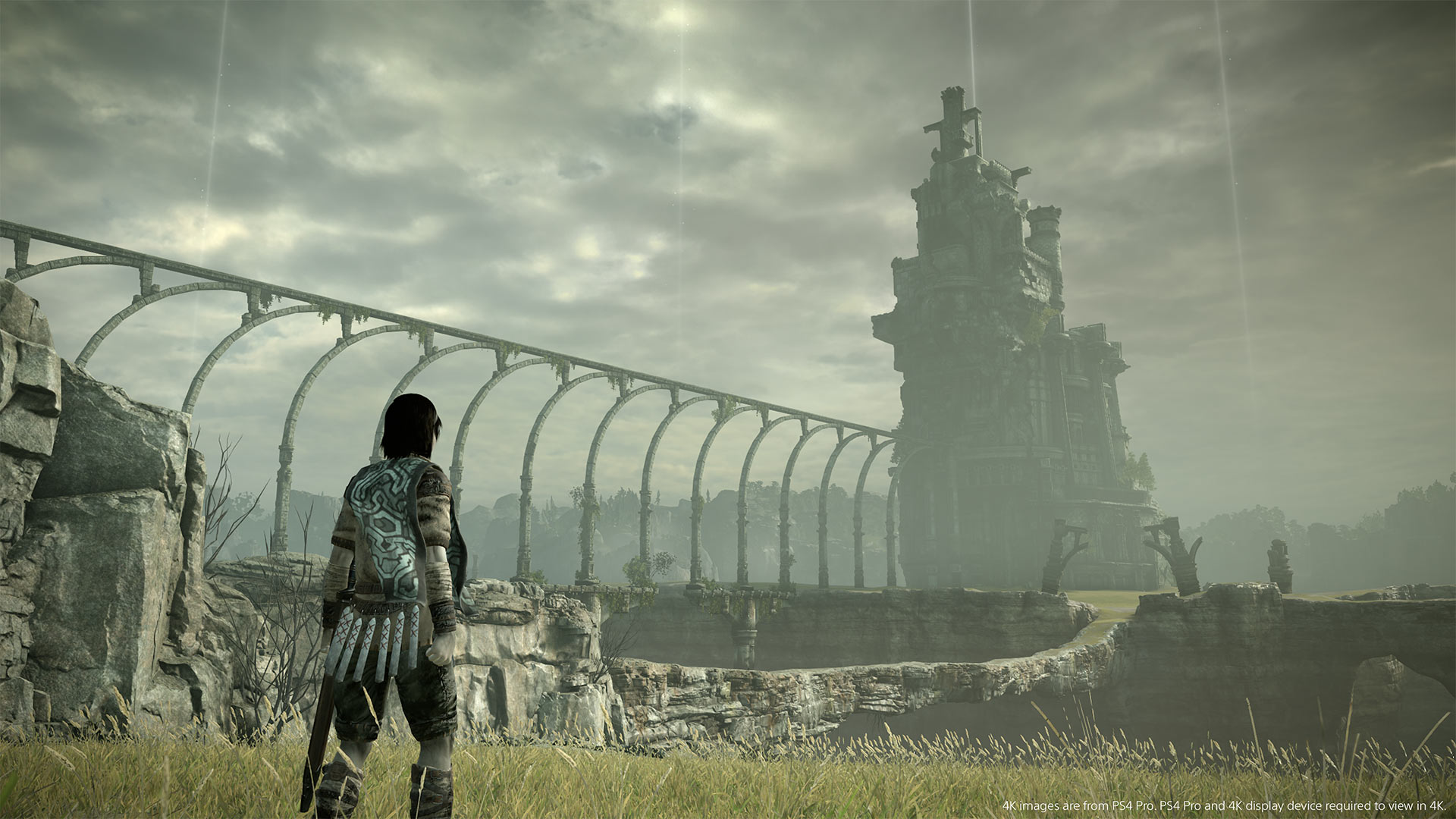 Now, it’s time for one of the greatest games of the past to make its way to this current generation’s PlayStation, the PS4. Shadow of the Colossus has been remade from the ground-up by one of the highly-talented studios that gave us amazing ports of Uncharted, the God of War Collection, and Gravity Rush Remastered – Bluepoint Games – with the help of SIE Japan Studios.

If you’re one of the people who is planning to pick up the game at their local retail stores and never played the original, Shadow of the Colossus simply tells a story of a young man who is in search for a way to bring his loved one from the dead. This story, however, is clearly a facade as the game’s plot can be interpreted differently by players, and that’s the beauty of it. You’re given an easy-to-follow narrative that encourages you to be more creative and imaginative when it comes to the game’s story interpretation. Shadow of the Colossus is a work of art – much like its spiritual successor, The Last Guardian.

Considering that this is a remake rather than the typical remaster approach, Bluepoint Games put all their best on this project. They have shown how capable they are as a game studio when it comes to remaking video-games. Compared to their previous ports and remasters, they brought Shadow of the Colossus back on its colossal success. 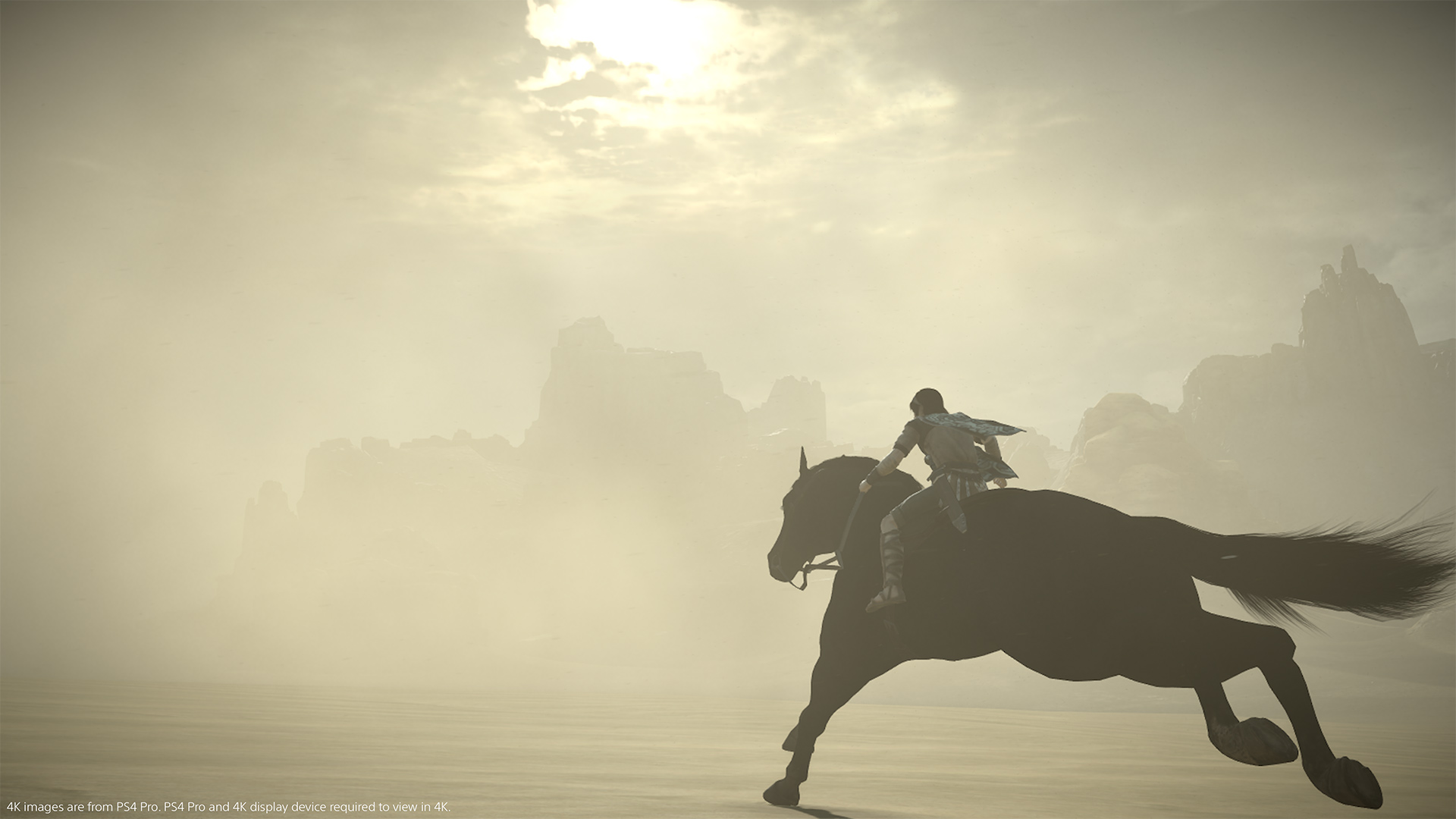 The Shadow of the Colossus remake marks another great achievement technologically as it succeeded far better than what Ueda-san originally envisioned way back in 2005. Much like other remakes such as Crash Bandicoot N. Sane Trilogy and Ratchet & Clank, Shadow of the Colossus‘ massive graphical overhaul is simply dark and beautiful which makes the game stand alongside this current generation’s line-up of triple-A (or AAA) games. The atmosphere reminds me a lot of The Last Guardian and adding more foliage throughout the lands made it look more lifelike.

As you climb your way up to these gigantic beings in the forbidden land, it’s no easy task. A stamina gauge at the lower right-hand side shows how long you can still hold onto these colossi. Once that gauge is empty, you will get thrown off-board and you must climb your way back to the top. Thankfully, Bluepoint Games did not change what the original game had in terms of core gameplay and tone, however, they did add a little feature that lengthens your stamina while holding on onto a colossus. This newly added feature is welcomed as it gives a small reward to players for taking down each enemy.

Each colossus has its own distinct feature and habitat that players will have to figure out on how to destroy them. And if you have played the original, you will definitely remember how you tackled these colossi – because I did, especially when I played the game on the PS3 just almost a week ago. Some might not, but it does crawl back to your mind reminding you how. Killing these colossi can either give you the satisfaction of bringing down a giant or it can be emotionally striking – because the latter happened to me. In most video-games, you can either relate to the characters, empathize and even sympathize with those characters for just a moment but in Shadow of the Colossus, it’s different as it makes you doubt your own actions. 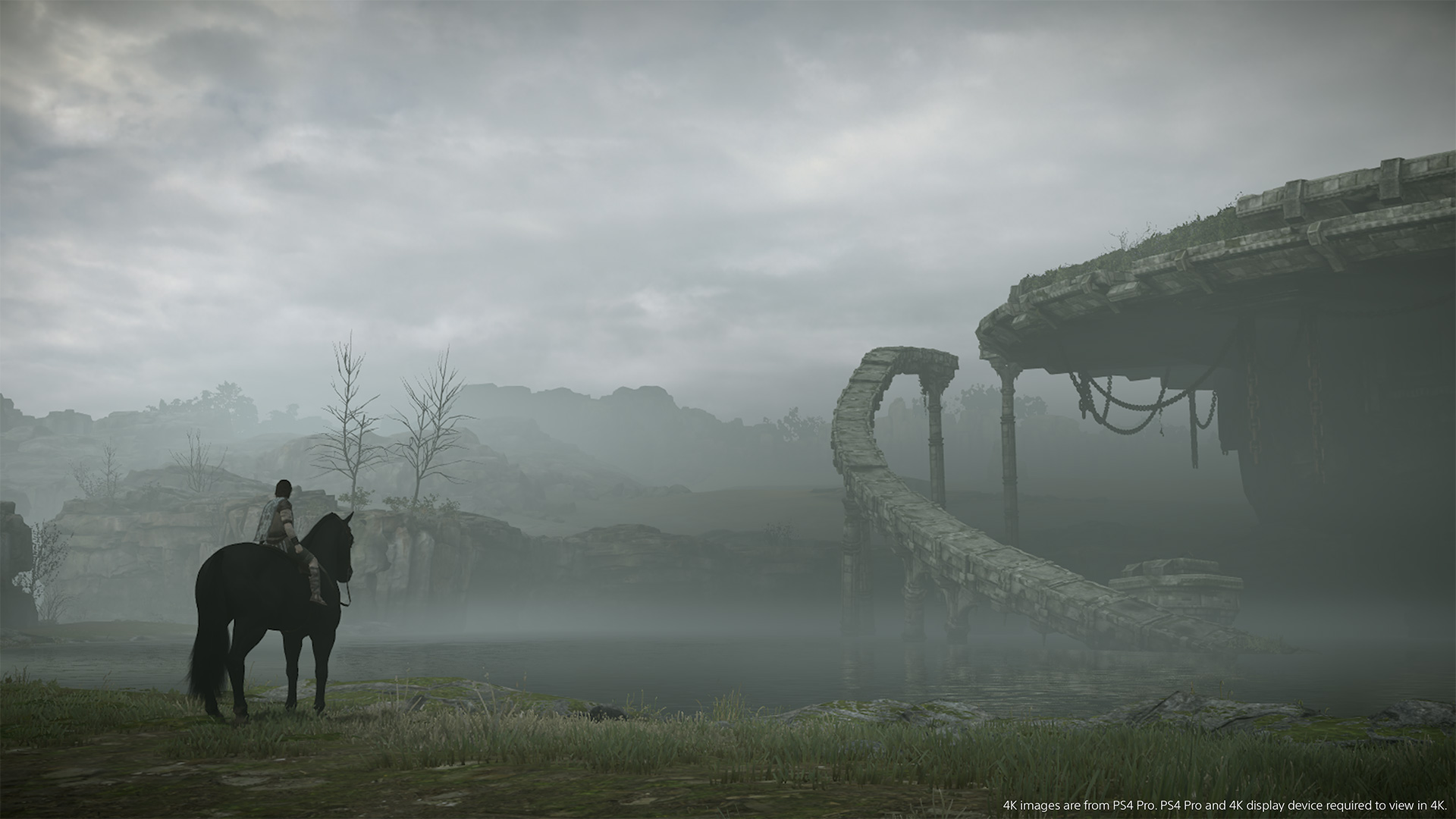 Improvements were also added to the game aside from its visual corner, this includes the addition of the modern controller button mapping. It leans towards on the standard control configuration of this generation of video-games. Players can still switch to the classic control mapping of the PS2 version to give the experience more of a nostalgic feel especially for those who have played the original. It’s a nice added option that doesn’t exclude what made Shadow of the Colossus great in its time.

A great add-on to the game is its Photo Mode. Players are now able to land those perfect shots and brag them all over the internet and social media. It showcases how alluring Shadow of the Colossus is visually, and there are tons of options for players to adjust and configure to get that splendid photo.

You are also given two graphics options if you have the PS4 Pro: Cinematic and Performance mode. The Cinematic mode runs the game at 30 frames per second with prominent shadows and lighting compared to the Performance mode. The Performance mode, however, pushes for a smoother experience. Set to hit 60 frames per second on Performance mode, it only sacrifices tidbits of environment details and the overall image quality – especially its sharpness. With a massive playground that Shadow of the Colossus have, it’s impressive that, with its scale, it performs rock solid on both PS4 and the PS4 Pro. The standard PS4 runs at 30 frames per second, but it’s heavily configured to make the game still visually appealing without sacrificing much of the game’s performance. Overall, Shadow of the Colossus runs great on both systems. 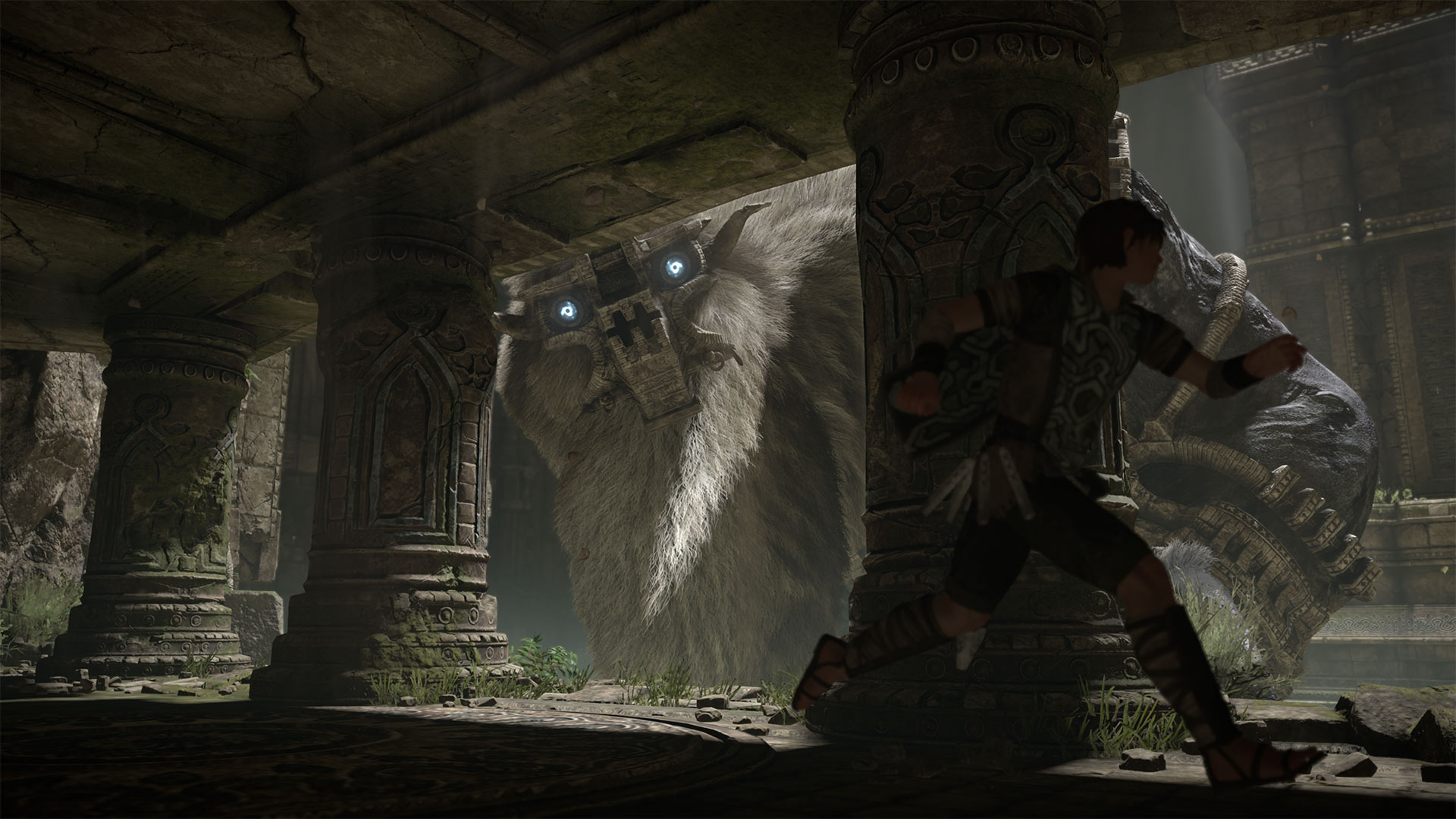 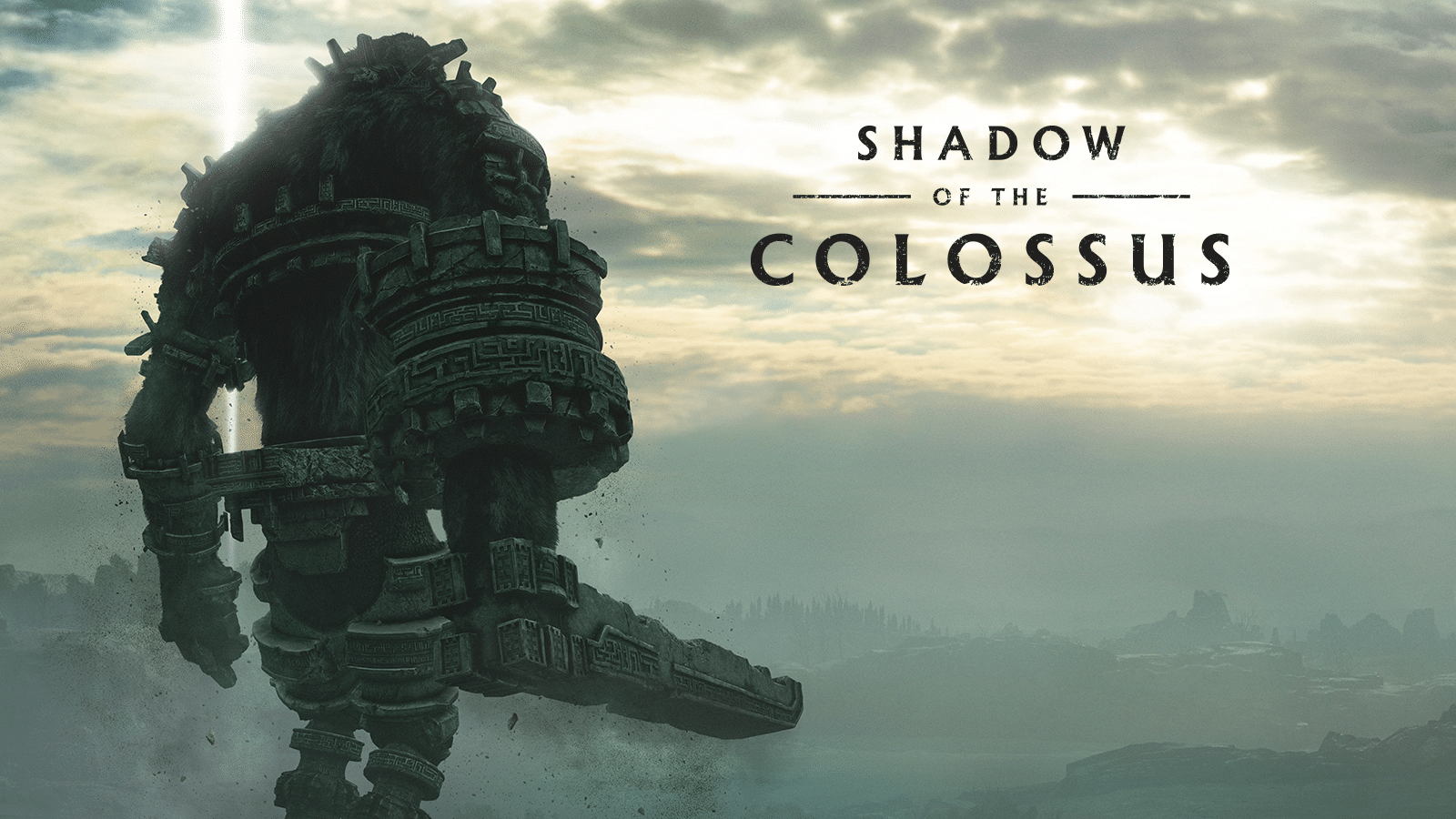 Shadow of the Colossus - Review
Score Definition
When a title gets a grand number, it’s a video-game worth spending your whole life in.
Pros
Graphically Beautiful and Stunning.
Stays True To The Original.
Succeeds Further Of What Fumito Ueda Originally Envisioned.
A Trip Back To Memory Lane.
Improved Mechanics, Control Scheme, and Movement.
Cons
None.
10
Masterpiece