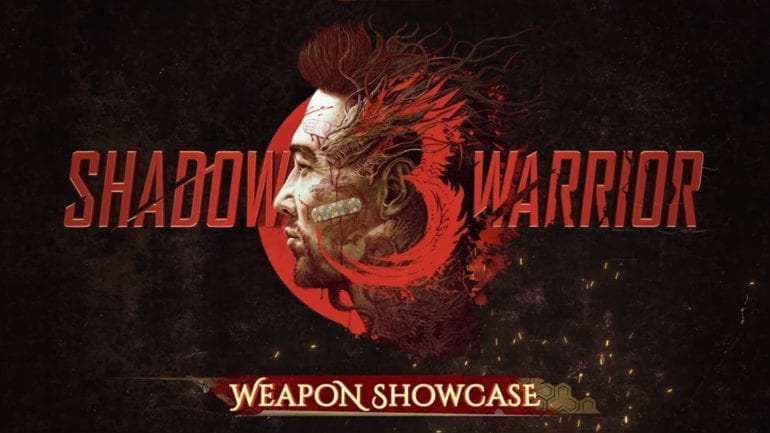 There were four weapons showcased in the new video, one melee and three guns. Three of them have their own upgrades while fourth one only showcased its gameplay.

The first one to be introduced was the Crimson Bull, which was some sort of hand cannon. It can cause a lot of damage with its explosive attacks. It has the Sucker Punch upgrade that homes in to enemies as long as they are in view.

The second gun is The Outlaw, which is a revolver type of pistol. It has the Igniter upgrade that literally lights up enemies into flames. The other upgrade is the Poppin’ Heads upgrade, which literally makes enemies pop their heads in one shot.

The third gun is the Sidekicks, which are both submachineguns that showers enemies with a lot of projectiles. It has the Paralyzer upgrade that paralyzes enemies with electric shock coming out from the guns.

The last weapon is the Dragontail, which is Lo Wang’s melee weapon of choice. Slices up enemies nicely.

Shadow Warrior 3 launches in 2021 for PC, PlayStation 4, and Xbox One.