The thought keeps circling on my head about what exactly it is that makes a good detective game. When you’re left to solve the pieces of the puzzle with nothing more than your wits, there’s no real sense of satisfaction when there are no wrong answers.

Sherlock Holmes Chapter One alleviates all that by leaving the decision completely up to the players. In a genre filled with railroaded narratives, the sense of freedom in making decisions is a breath of fresh air.

Let me first start out by saying that I have never had the opportunity to indulge in any previous Sherlock Holmes games by Frogwares. So I won’t be able to say that any of what this particular Sherlock Holmes game does better or worse than its predecessors.

As this is my first entry to the series, I will be judging it as a standalone. And what better game than the one where Sherlock starts out his career as a detective? I won’t be missing anything details!

This means that Sherlock Holmes: Chapter One is friendly to newcomers. After playing through the game, I can say that you don’t need to play Devil’s Daughter, Crime and Punishment, and any of the other installments.

In Sherlock Holmes: Chapter One, you start out as young Sherlock who returns to his childhood home in a Mediterranean Island called Cordona in order to look for closure for his mother’s death.

However a simple journey of acceptance becomes more complicated as he learns that there’s more than meets the eye to Violet Holmes’ mysterious passing.

And so, we begin the review for Sherlock Holmes: Chapter One.

Sherlock Holmes: Chapter One introduces quite a bit of mechanics all revolving around detective work. You’ll spend quite a bit of time looking for evidence by talking to people, observing the environment, picking up evidence, visiting the local newspaper archives, piecing clues together, mixing chemicals and utilizing your mind palace.

If that sounds like of work to you, it is. Being a detective isn’t quick work, and there were moments where I spent a good amount of time wandering around the area figuring out what to do next. At times I missed something critically simple such as a detail on my Casebook suggesting that I look at Cordova’s news archive to find something an old article written ten years ago.

While Chapter One initially starts off as rather mundane presenting cases that were too easy to solve to be of any real challenge. Thankfully, it quickly opens up past prologue. Clues became harder to investigate, the plot becomes more twisted, chemicals become harder to mix, and people became more complex to figure out. Which is just what the detective ordered.

You’ll be happy to know that the case in Sherlock Holmes: Chapter One aren’t so cut and dry as they appear. One moment I was investigating a simple art gallery vandalism, the next I’m solving two consecutive murders related to it. The evolving nature of the cases always kept me on my feet at the next twist around the corner.

The game also doesn’t pull any punches when it comes to subject matter. Racism, rape, misogyny, homophobia, and transphobia are on full display here. Sherlock Holmes: Chapter One has a good sense of gray morality while balancing it on sensitive issues. Anyone can be a criminal here and it’s up to you to decide their fates once you solve a case.

After a case is done, you’ll be left to decide the ending. Who’s the criminal? Who’s guilty? Do they deserve to be handed over to the authorities? I was impressed by how the endings change in one particular case regarding a missing elephant where there were two primary suspects. Depending on what I pieced together in my Mind Palace one of two people can either go to jail or an animal put down.

The only thing I really disliked about solving cases in Sherlock Holmes: Chapter One was how the menu felt cluttered. It felt messy to scroll through pinning evidences down. Navigating the menu can be a bit of an eyesore especially when you’ve amassed a lot of notes.

Combat in Sherlock Holmes: Chapter One is unappealing.

In fact, the developers know this fact so well that they included the option to skip it entirely. Combat revolves around Sherlock shooting-to-incapacitate enemies by aiming at their armor in slow motion before moving in to have a short quick time event in order to put them down for good.

There are a few ways that vary combat such as shooting the environment to stop enemies in their tracks or throwing powder on their faces. What’s really bad about the combat in this game is how repetitive it is by nature. It never improves and Sherlock never has any opportunities to invest skills, abilities, and time into combat.

The game honestly could’ve done without this combat system. Frogwares is inexperienced when it comes to implementing worthwhile combat into their game, and it shows. Thankfully the developers added the option to skip it as being forced to play through the combat would’ve been too frustrating of an activity.

Much of Cordona can be described as beautiful but stiff. As I moved around the open world, I got the impression that Frogwares was a bit too ambitious with this project. It isn’t hard to notice the pop-ups and low texture surfaces even on the Xbox Series S. The frame rate would also lower when I was running around the streets of this city.

The denizens of Cordona also move awkwardly. Almost every NPC in this city crosses into the uncanny valley with facial expressions and movement that don’t seem quite right. If I’m a detective trying to study body language, this becomes very noticeable. Thankfully Sherlock Holmes: Chapter One leans more towards looking for clues around the environment than being able to tell if someone is attempting to deceive you.

What Cordona nails with shining colors is in its varied environment. The city is brimming with multiple people of different social standings, race, and occupation. Cordona has multiple districts, each with its own central theme, culture, and ethnic group. Diversity certainly isn’t lacking in its environment.

Sherlock isn’t technically alone as he travels around the city. He’s accompanied by his imaginary friend, John, who I suspect was included as a means from keeping Sherlock’s character from being stale. I was a bit lukewarm in John’s inclusion. He didn’t particularly stand out as an interesting character initially. But as the game progressed, it made more sense to see him as an added depth to Sherlock’s own character.

I strongly recommend Sherlock Holmes: Chapter One to those seeking to sharpen their minds. It isn’t a perfect experience with its noticeable flaws but it is a great game for those who want to put themselves in the shoes of the legendary detective.

If it wasn’t for the lackluster combat and uncanny NPCs, I wouldn’t hesitate to give the game a higher score. But regardless of its flaws, Sherlock Holmes: Chapter One is a must own for those who want to challenge their deductive capabilities. 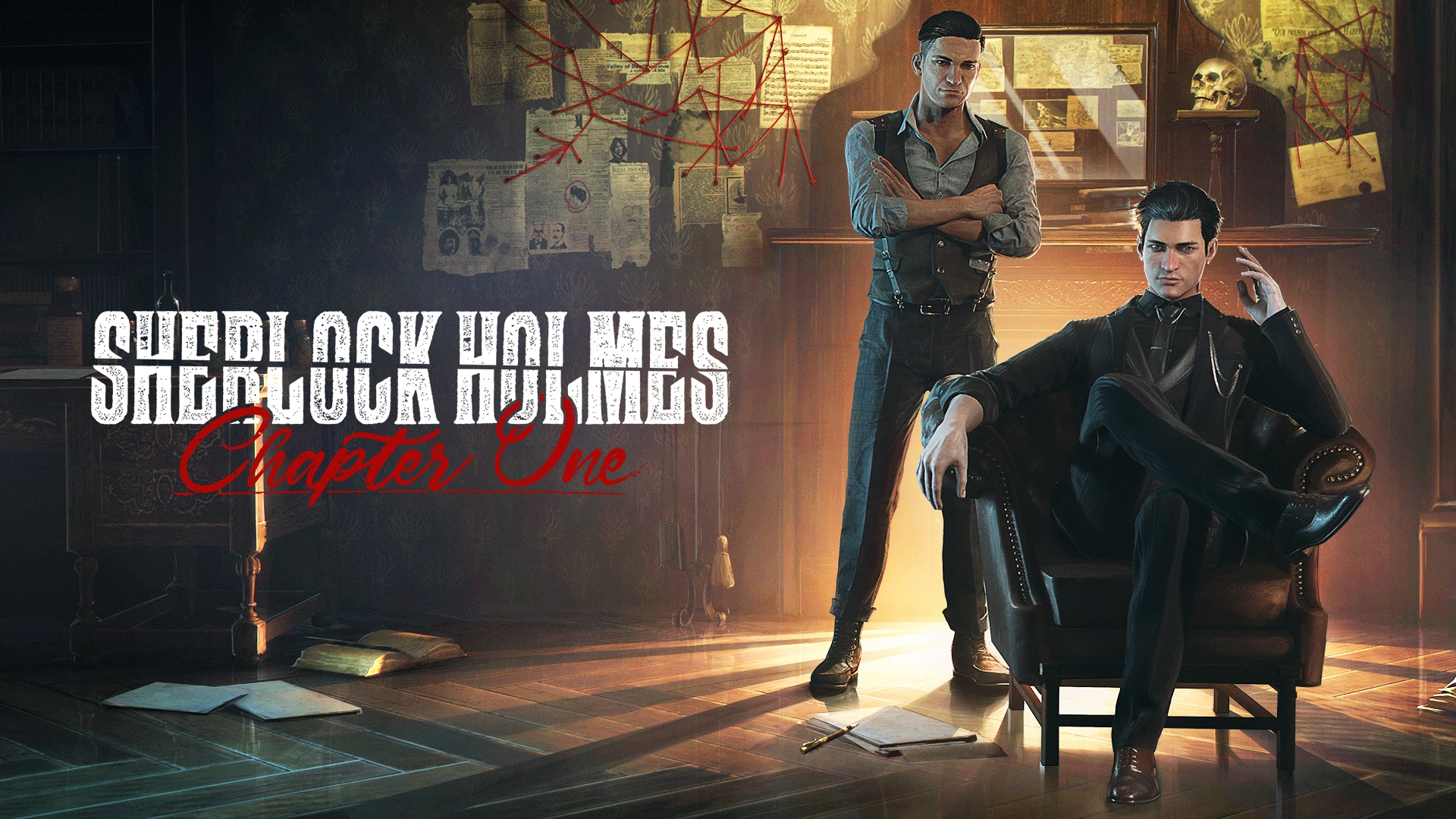 Sherlock Holmes: Chapter One – Review
Score Definition
When the issues of a game are rolled and stomped by its greatness, then it’s something to invest on if you have some spare.
Pros
Freedom of Choice
Interesting Cases
Rewarding Detective Work
Cordona is Interesting to Explore
Cons
Pop-ups and Performance Issues
Lackluster and Repetitive Combat
Uncanny NPCs
8
Great