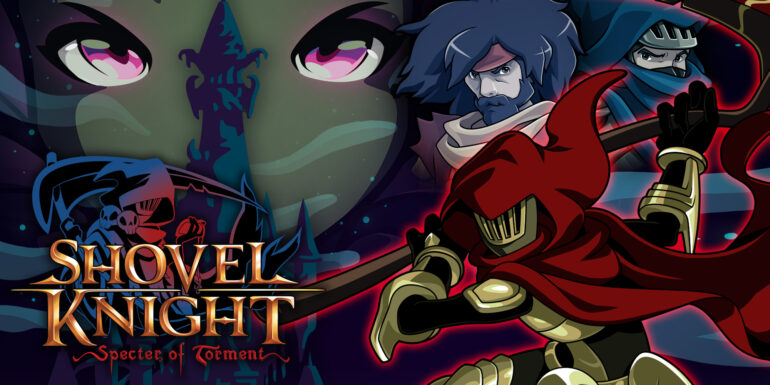 Shovel Knight, when it was released, showed us that classic gameplay from yesteryear could still stand the test of time and still feel great in a modern era. The little blue knight that could shovel proved that you can be inspired by retro titles such as Zelda, Mario, and Ducktales, while still being able to have your own identity and bring something new to the table. Three years later, after Shovel Knight’s release, its DLC —  Specter of Torment — still brings something new. 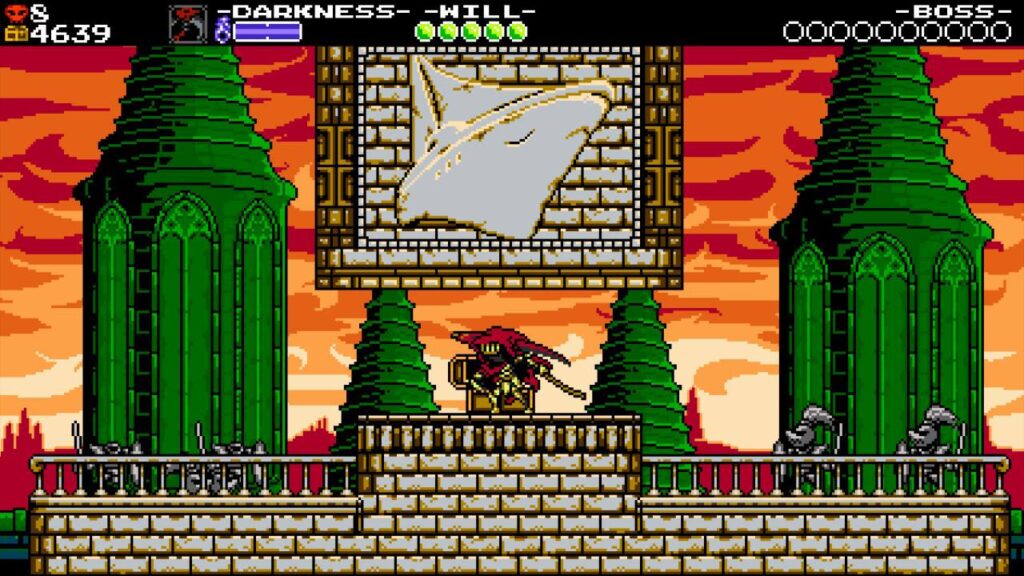 In Yacht Club’s latest DLC for Shovel Knight, you take up the mantle of Specter Knight — one of the first bosses you encounter in the main title. Here you play out his role of recruiting the other knights to swear allegiance to the Enchantress and join the Order Of No Quarter. Along your journey of forcing the knights to join the Order, you’ll get glimpses into Specter Knight’s past and how his miserable fate came to be.

Here is where things are different compared to the knight with a shovel. Specter’s story is one of sorrow and tragedy, rather than a tale of redemption. Interestingly, story is given in flashbacks spread throughout the game, instead of exposition given by boss encounters. Each flashback delves deeper into the past of Specter Knight, and shows how his fall from grace lead him to be the lapdog of the Enchantress.

The sorrow also bleeds into the aesthetic of the game. Specter of Torment’s hub world is dark and grim, with the usual Shovel Knight enemies as NPCs. Despite its bleak nature, the pixel work is still gorgeous and isn’t over done, by staying simple and limited. It beautifully uses dark purples and deep blues to convey a sense of despair within the main hub world, which makes a stark contrast from the rest of the colorful world in Shovel Knight. Yacht Club even manages to make grey a beautiful color palette choice, when used during the flashbacks — a great call back to early Gameboy games’ visuals. However, the rest of the world is still as bright and colorful from the original title, which can make it feel more of the same. 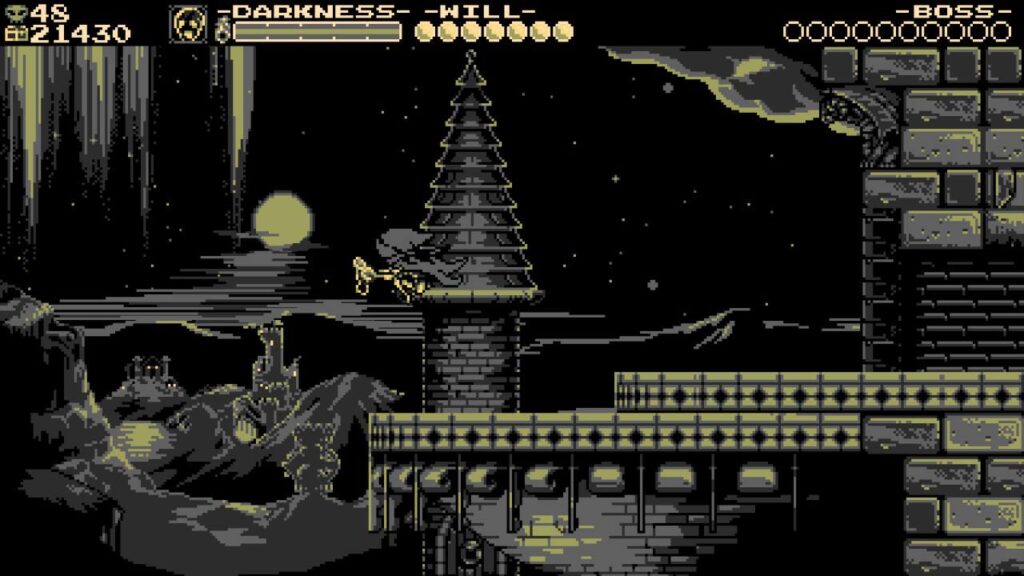 Specter of Torment’s levels visually are the same areas from Shovel Knight, but are slightly altered, design wise, to adapt to Specter Knight’s abilities. He controls a lot differently, where it’s more action oriented. You’re encouraged to attack enemies as a way of traversing throughout the level, which makes for some quick paced thrills, while being quite challenging at the same time. It’s also cool to see how you can approach enemies and obstacles differently, from the main Shovel Knight title, which speaks to the game design from Yacht Club Games.

Another great change to mechanics are the power ups available to Specter Knight. Not only are they fun to use and change up the gameplay, but the way you acquire them is a challenge too. You’ll have to collect red skull scattered throughout each level — substituting for the song pieces — and hand them over to a merchant to acquire an ability. However, you don’t simply get the ability after trading red skull for it, you’ll be brought an underground location and have to escape with the item while being unable to attack enemies. No pain, no gain, I suppose.

One thing lacking from the game, however, is a world map, similar to Shovel Knight. Instead, you’re given a level selector. An upside to this is that you can start wherever you choose, but gone are the random areas that would pop up along the map. Along with that is the lack of a new soundtrack, with the only addition being Specter Knight’s theme. It would have been nice to have a remix of previous level’s music to make it more suited to Specter Knight himself, especially since he’s a lot more fast paced and action oriented.

Overall, Specter of Torment is a fabulous addition to the Shovel Knight title and further proves that Yacht Club Games are masters of their craft. Gameplay is fast and brimming with action, while adding hints of challenge. Specter Knight is an interesting character and a joy to play, while having an interesting story to boot. There’s more than enough meat to justify your purchase, and it is a succulent dish indeed to experience.