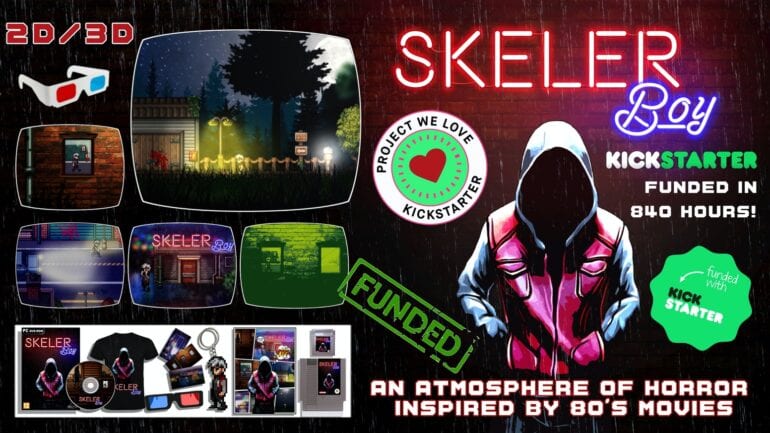 After 35 days, and with the support of 121 backers, independent games developer ManiacBoyStudio raised $7.9K, 110% of its original goal, on Kickstarter to fund the production of Skeler Boy for PC and Android recently.

It actually came down to the wire for this one. With a little more than 24 hours left in the campaign, ManiacBoyStudio had only accumulated 88% of their original goal with the support of 97 backers. But with the help of several dedicated supporters, who upped their previous pledges, and some last minute supporters, the team managed to get the project funded.

ManiacBoyStudio thanked everyone who helped fund the project.

To experience an immersive 3D feeling, Skeler Boy can be played using the classic 3D glasses with red and blue lenses which were popular back in the 90’s. The 3D anaglyph will be included in both the PC and Android versions of the game.

Skeler Boy will release on Steam and GooglePlay later this year. The developers will keep us updated with news regarding the development of the game.

Here’s our initial report on Skeler Boy and its fund goal with 1 week left on its Kickstarter campaign with more information about the game.