Customize ships and learn the ropes on smuggling networks! 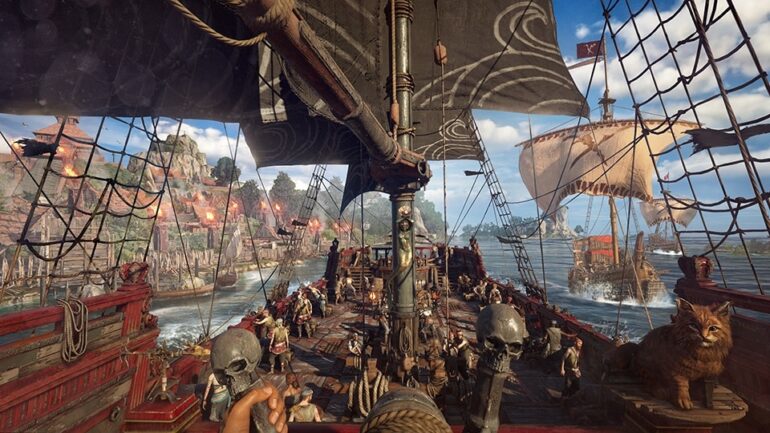 Skull and Bones players are able to explore the Indian Ocean during the Golden Age of Piracy. There are many ways to gain riches in this age like trading in spices, silks, and other commodities. There was one method that gave advantages to pirates and it was the secret smuggling networks.

During Ubisoft Forward, the development team talked more about the smuggling networks, which are only revealed to players when they earned the right to know. In order to get that, players will need to grow their Infamy and eventually unlock their own pirate lair known as The Helm and this becomes their own base of smuggling operations. They can manufacture high-value goods like Rum and Opium before selling them to the “businessmen” with a lot of money. This will also give them more leeway to choose their own contracts rather than wait for other pirate kingpins.

Aside from the smuggling networks, the presentation also showed how to build and customize ships. Each ship type will have its own playstyles featuring maneuverability, power, or cargo capacity. These ships also have their own certain perks like the Sambuk has an advantage to players using fire weapons while the Brig can deal even more damage when anchored. Each ship can be fitted with different weapons, ammo, armor, furniture, and cosmetic items.

Players must consider what they want to accomplish when customizing ships. Use piercing ammo in order to sink enemy vessels and plunder their treasures on the sea. Use ammo that can tear sails in order to disable boats and make it easy to board them.

There are also armors that can counter each weapon. Leather is super resistant to fire damage. Iron can take on a lot of damage against cannons and more. Depends on the situation.