SM Cebu City Cosplay Carnival 2017 – Event and Behind the Scenes 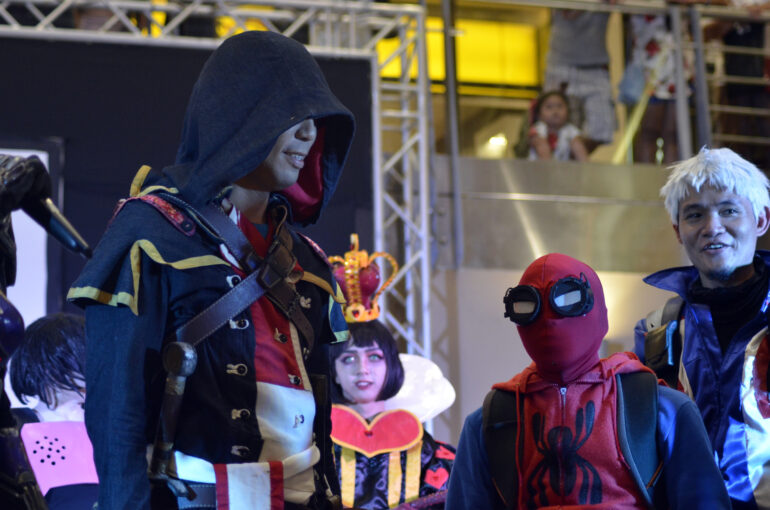 Sirus Gaming had the pleasure of taking part in a cosplay event held at SM Cebu City on August 27, 2017. 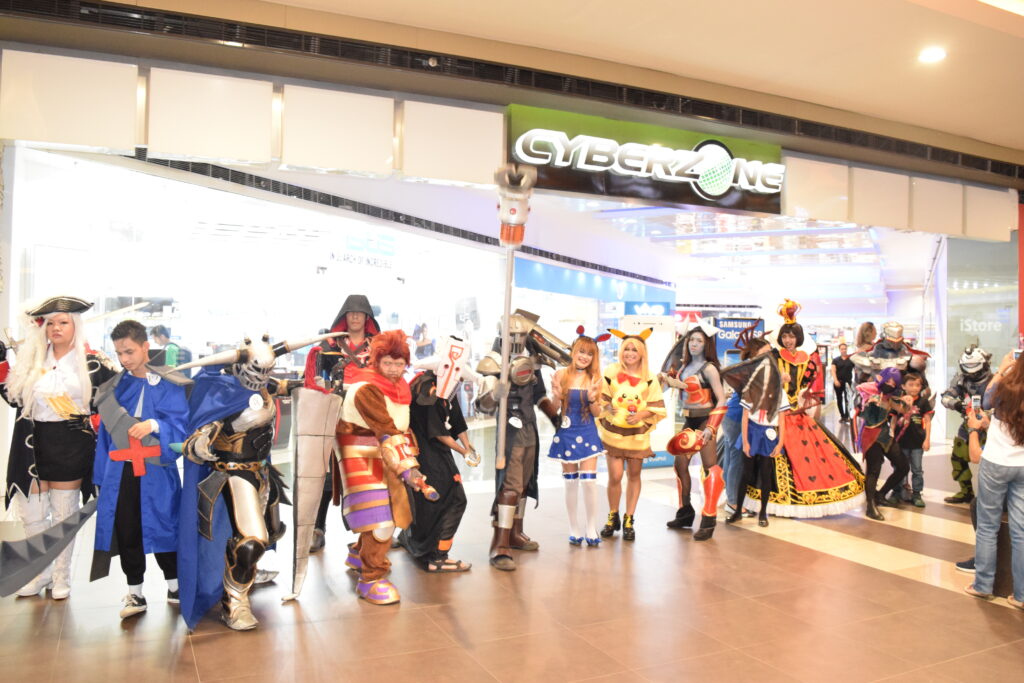 There was a contest held among many talented and dedicated cosplayers to determine who was the best by impressing the three judges. One of the judges, just happens to be the founder of Sirus Gaming himself, our very own Lexuzze Tablante, who was contacted by one of the organizers to help judge 50 contestants and choose who among them are the best in both cosplay accuracy as well as presentation.

At the start of the event, many cosplayers gathered around, each bringing their own cosplay that they no doubtedly placed very high effort into. There were definitely some very impressive cosplays. 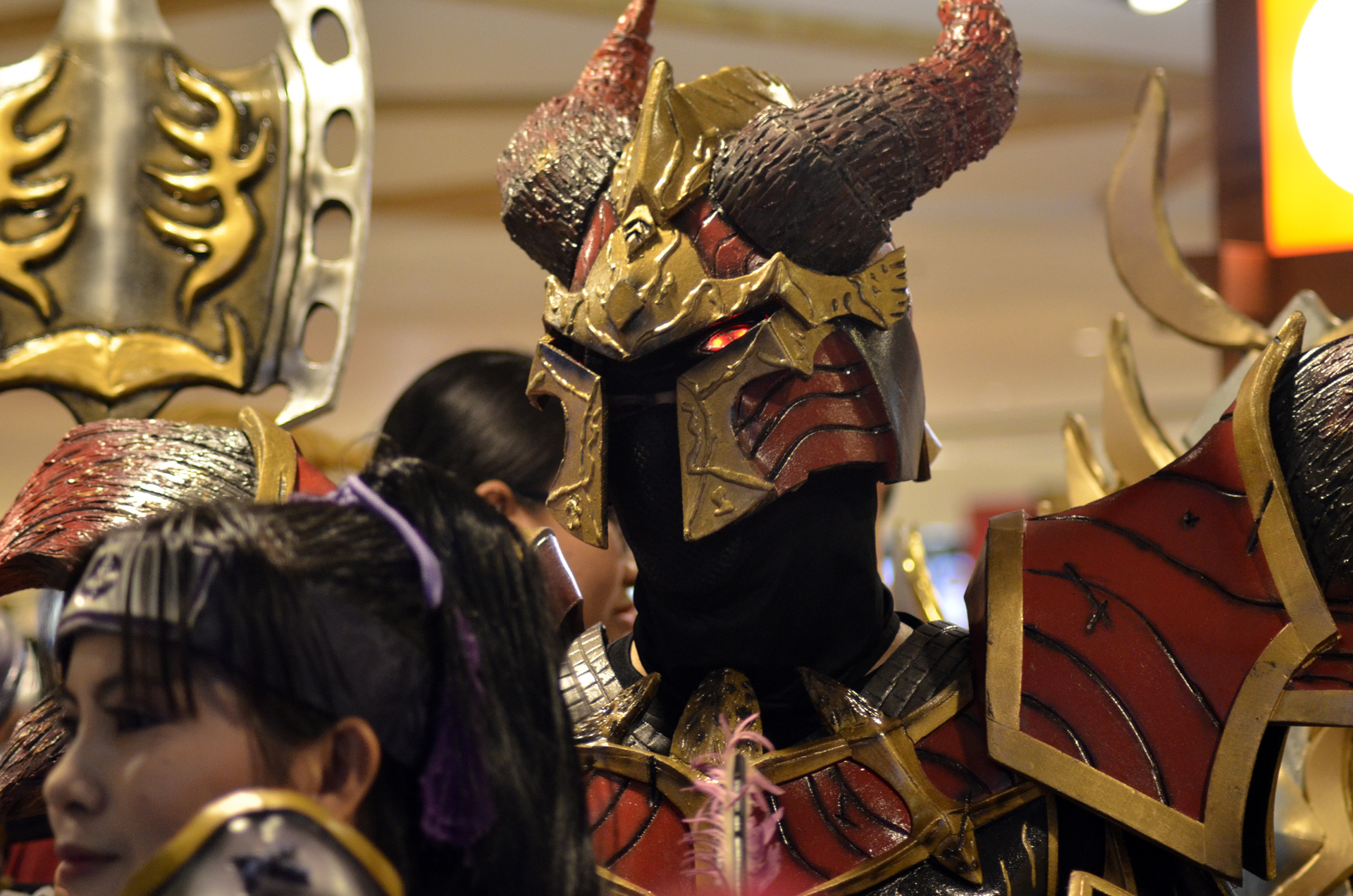 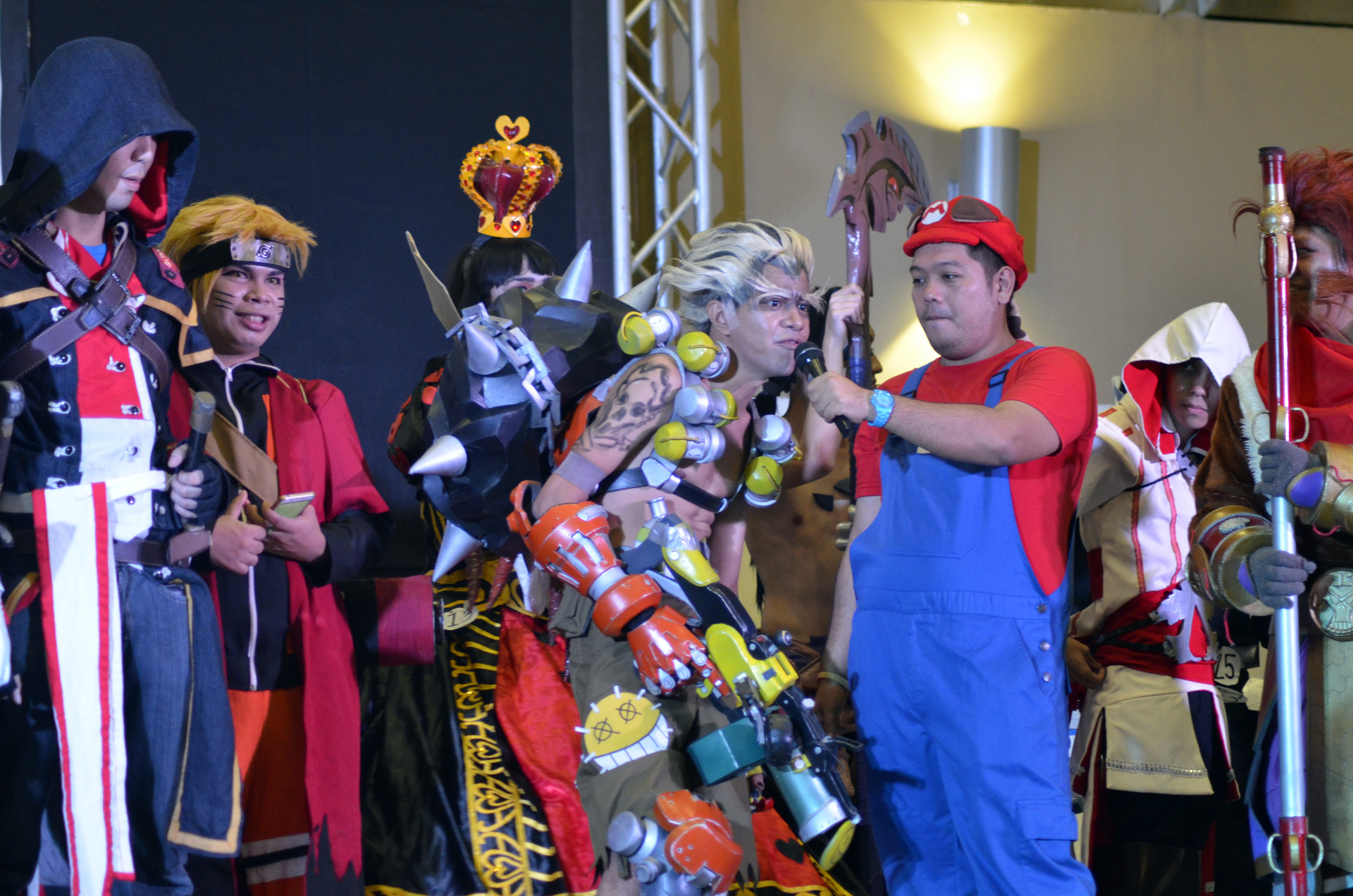 The main theme of the cosplay carnival centered around video game characters. Although, despite this, there were many cosplayers who came dressed as characters from popular anime all around. 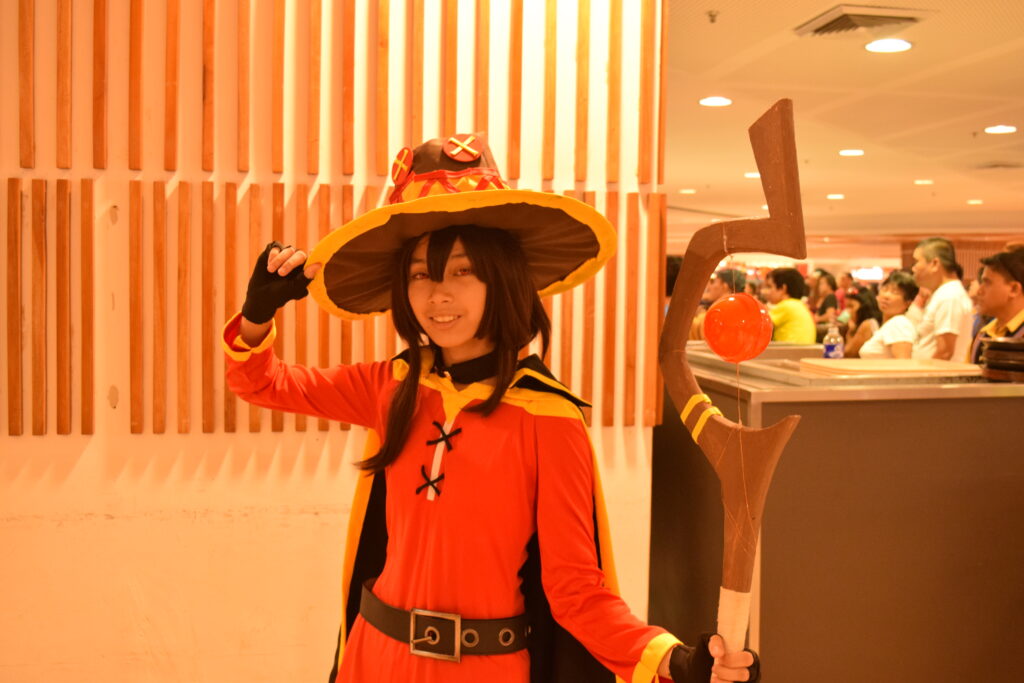 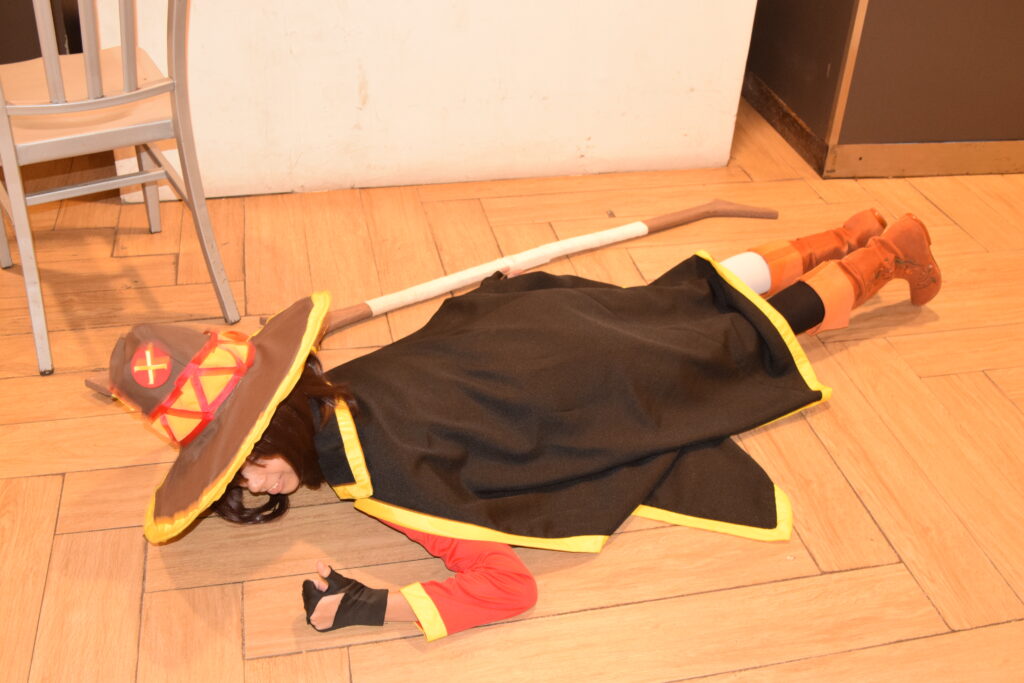 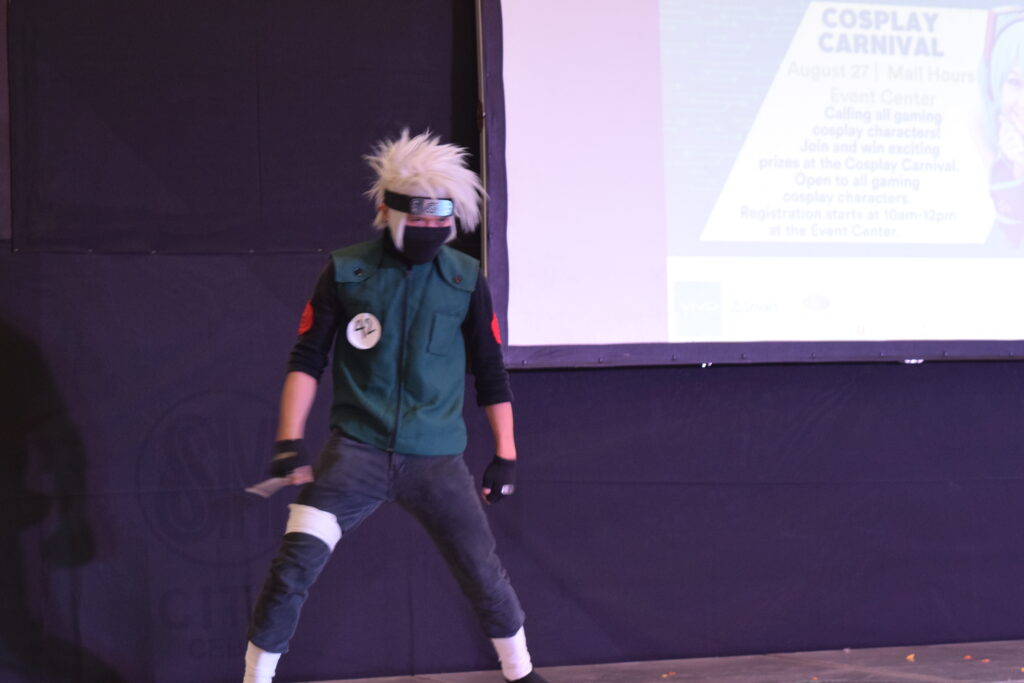 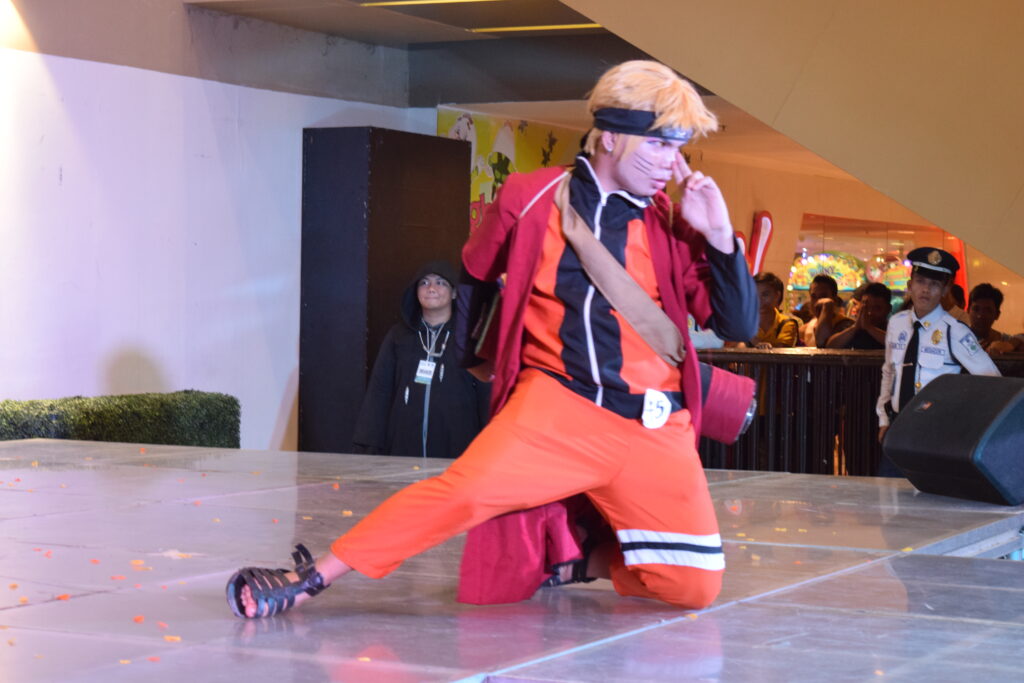 Before the cosplay carnival officially started, we were lucky enough to have met with the organizers backstage and were personally welcomed by them to the event.

When we had arrived, the organizers were showing trailers of games from all around: Overwatch, God of War, League of Legends and others to keep the crowd entertained before the show started.

There was also a short film made by Safe Heaven that was shown to the viewers. It was an entertaining short directed by Jack Daniel Soler, better known as Gunslinger Dirge, who was cosplaying as Soldier 76 from Overwatch. We even managed to get a quick interview with him, but unfortunately there was too much background noise to hear how it went clearly. We will be talking about him more in a separate article. 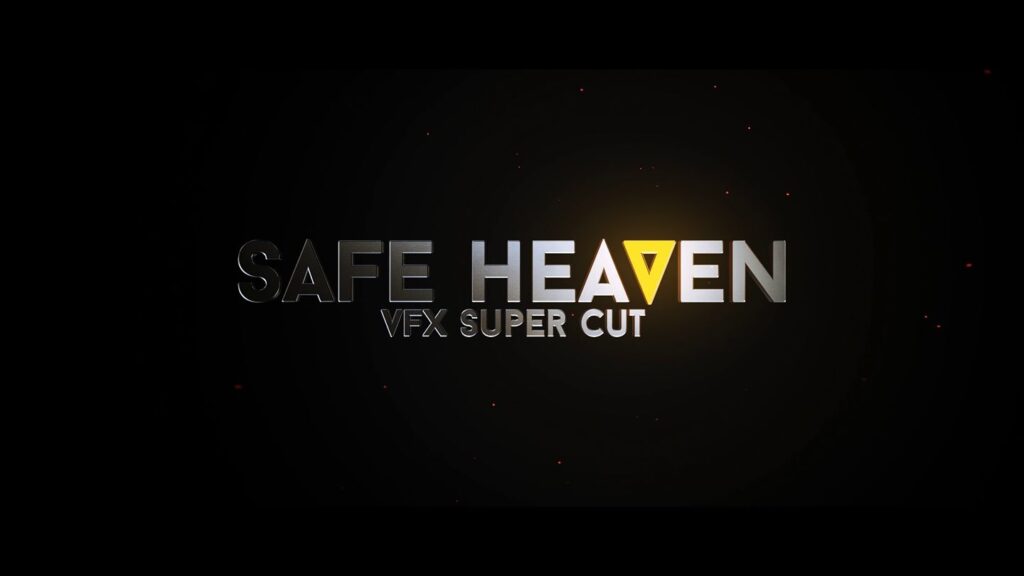 To begin, before the start of the cosplay contest (where five out of fifty will be chosen for top spot), all cosplayers were asked to parade themselves around the mall to gain the attention of people all around. 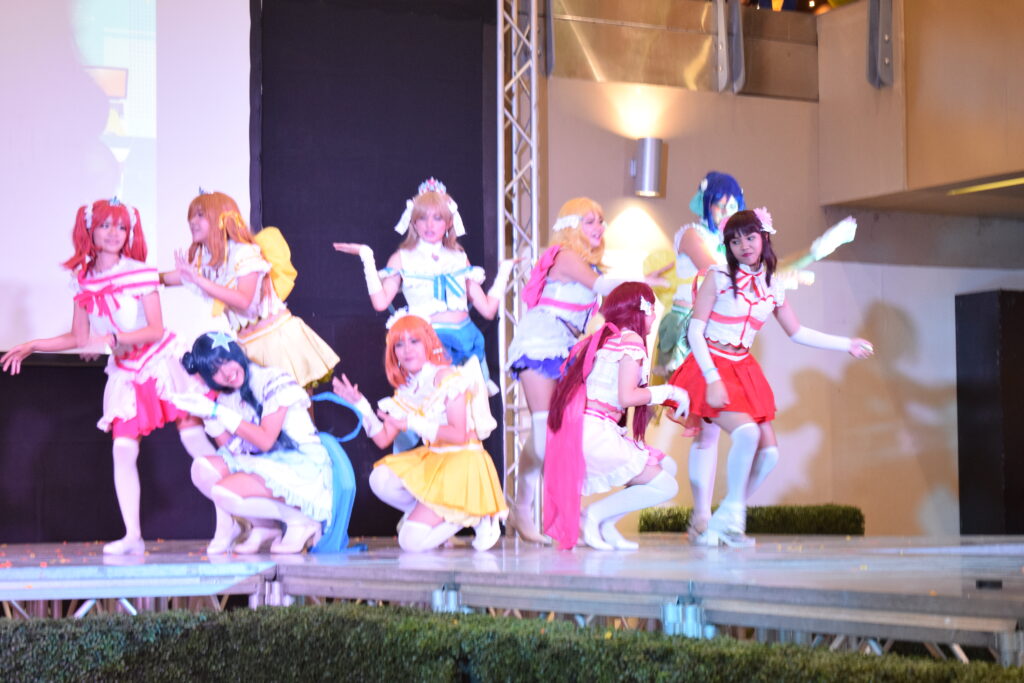 When they returned, the cosplay carnival truly began when Aquastaria, an anime inspired girl band, danced in rhythm to one of Love Live’s opening songs.

Unfortunately, there were some technical difficulties and the group had difficulty finishing their routine though no fault of their own.

After their performance, some introductions were made, introducing the crowd to the judges for the contest as well as the hostess, Angie Norrie better known as Elizabeth Von Kalm, and one of the main organizers of the event, Gary Montejo, who were both responsible for being the main faces of the cosplay carnival. 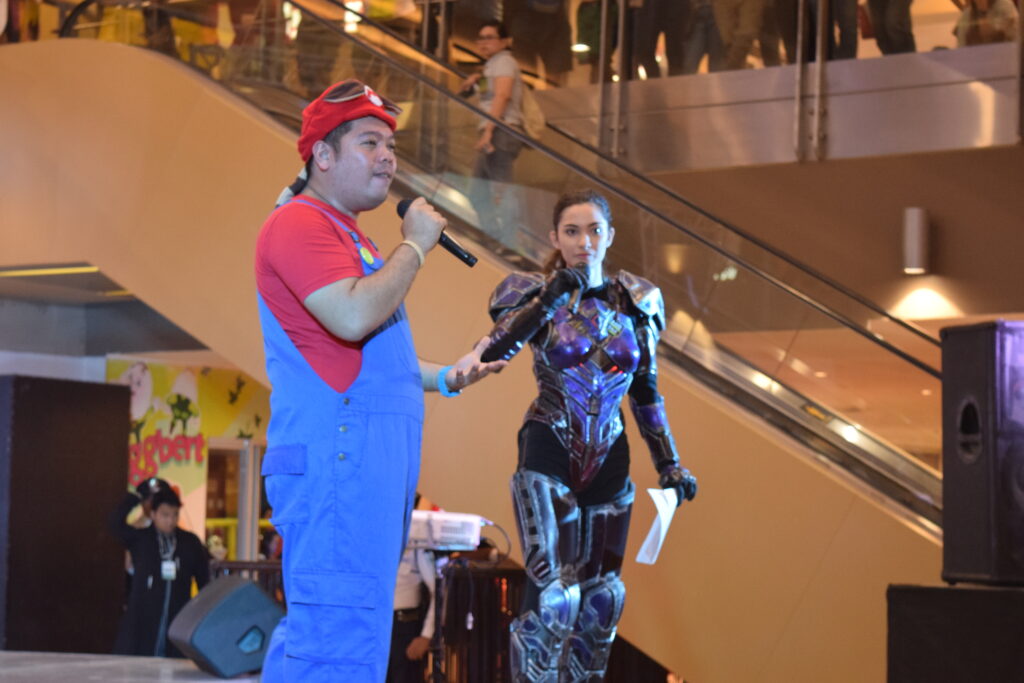 Despite the fact that there were fifty registered for the contest itself, the number of actual cosplayers on the scene was far more than just the competitors. There were many who wore their own cosplays to the carnival but didn’t sign up for their own reasons.

There were so many different variety of cosplays from different video game worlds that it would be rather difficult for a casual gamer to name even just a quarter of them.

After the introductions were made, the competition finally began.

The contestants were each called by number. The earliest to sign up were the first ones called. This went all the way up to fifty, with each participant showing not just their outfits, but also the personality of the characters they embody.

There were more than just one aspect that all three of the judges scored each contestant. They were judged based on the accuracy of their attire, characterization of the cosplayer in regards to who they’re cosplaying, and their ability to wow the crowd.

It was more than just people who worked hard on their cosplays posing in front of the crowd. They had to do something to be able to catch the crowd’s attention. 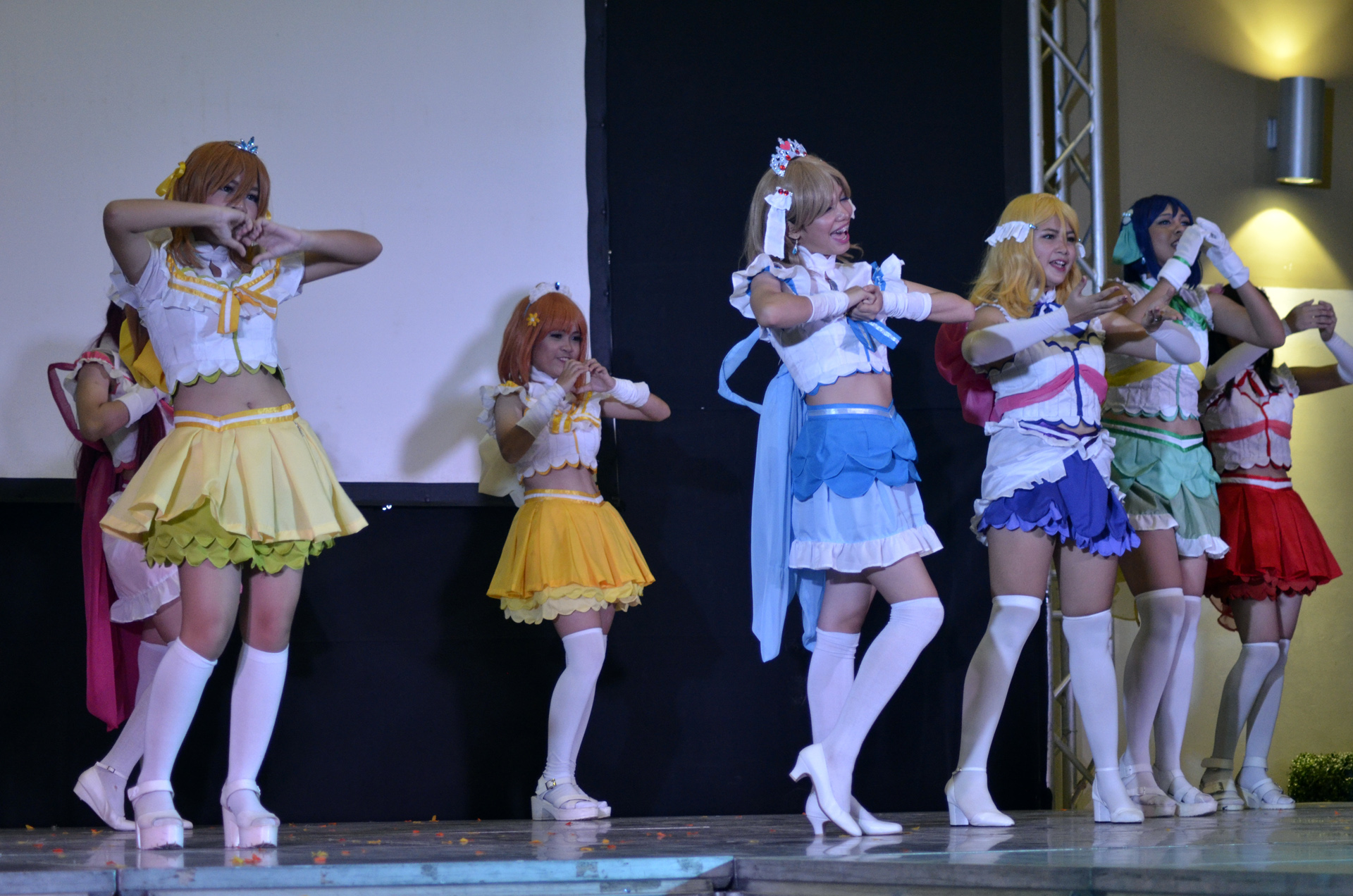 The contest goes off without a hitch. Before we knew it, the organizers were already compiling all of the judges’ results to decide who the top five are. In the meantime, we were treated to an ending credits dance by the anime inspired girl band, Aquastaria, with another song by Love Live. This time, their performance went off without a hitch.

Since there were 50 contestants competing for a spot in the top five, it took a little while to calculate all of the scores for each individual cosplay to determine who really deserved to be in the top five.

After the results have finally been calculated properly, all of the contestants were asked to go onstage for the announcement of the winners. While they decided to call the names in random order, the five finalists were already set to take home individual prizes. 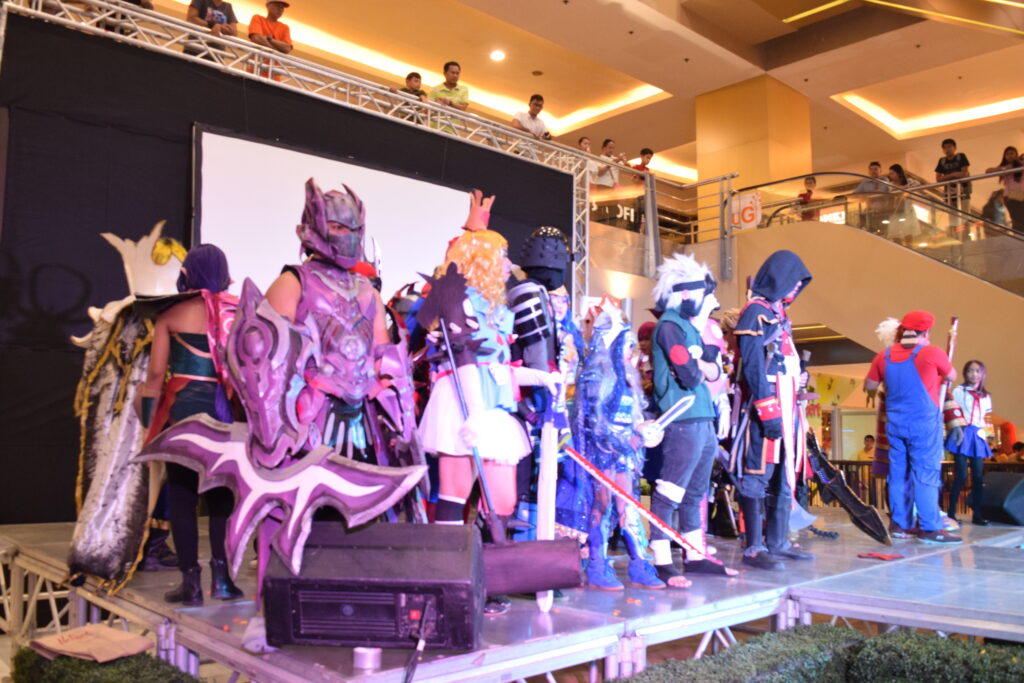 After quite the suspense, the organizers finally revealed the contest winners and they were as follows: 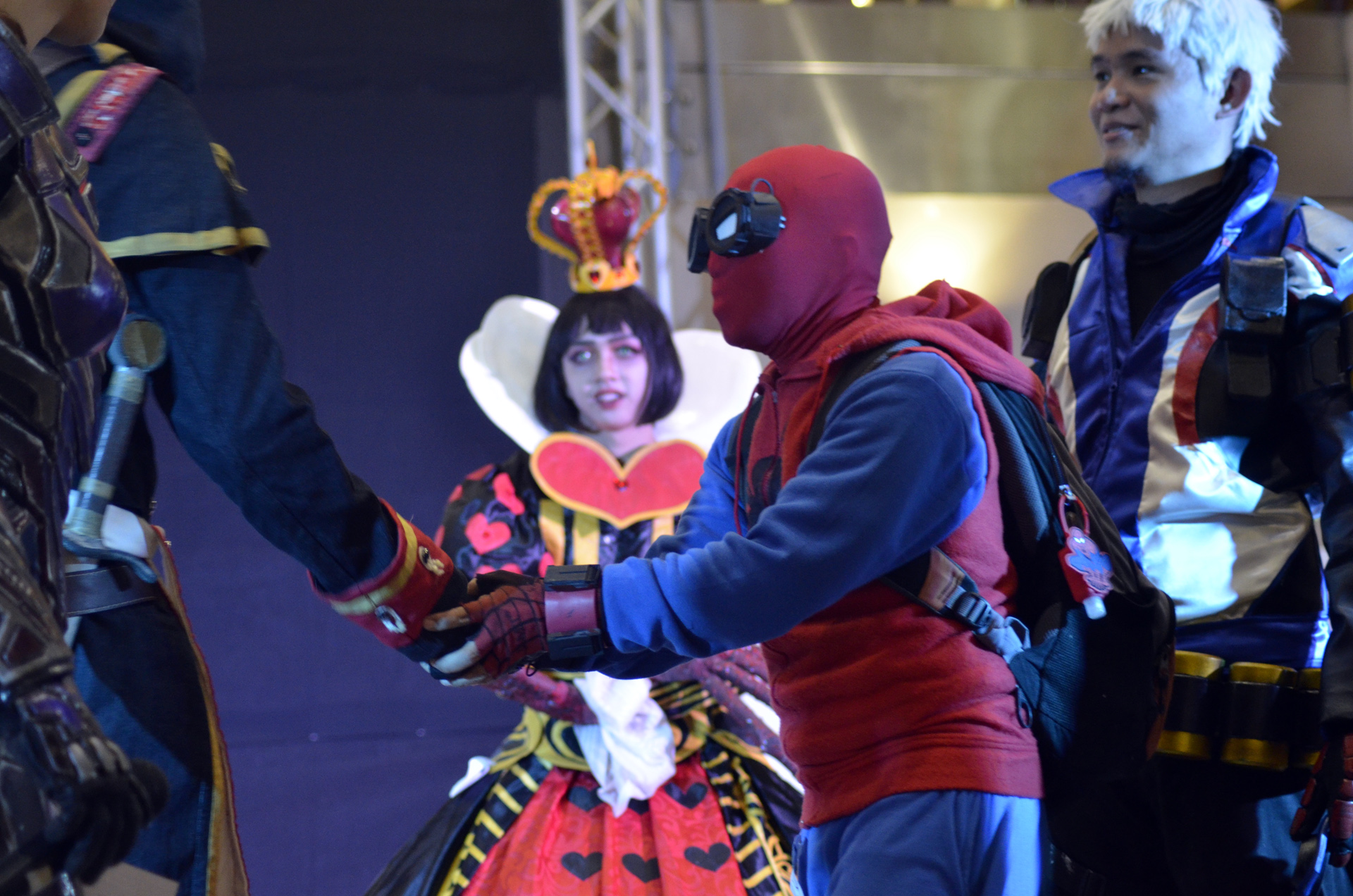 It came as no surprise that Spider-Man, out of the many cosplayers, won top place to all of us. It may come off as a surprise to those who didn’t watch the event happening. This guy really got the crowd going wild with not just his cosplay, but his personality. He definitely left an impact on the judges.

His behavior was very reminiscent to that of Peter Parker from the Spider-Man Homecoming movie which only came out a month ago. The fact that that was still relevant the time this event took place and was still very fresh on everyone’s minds helped secure him 1st place. 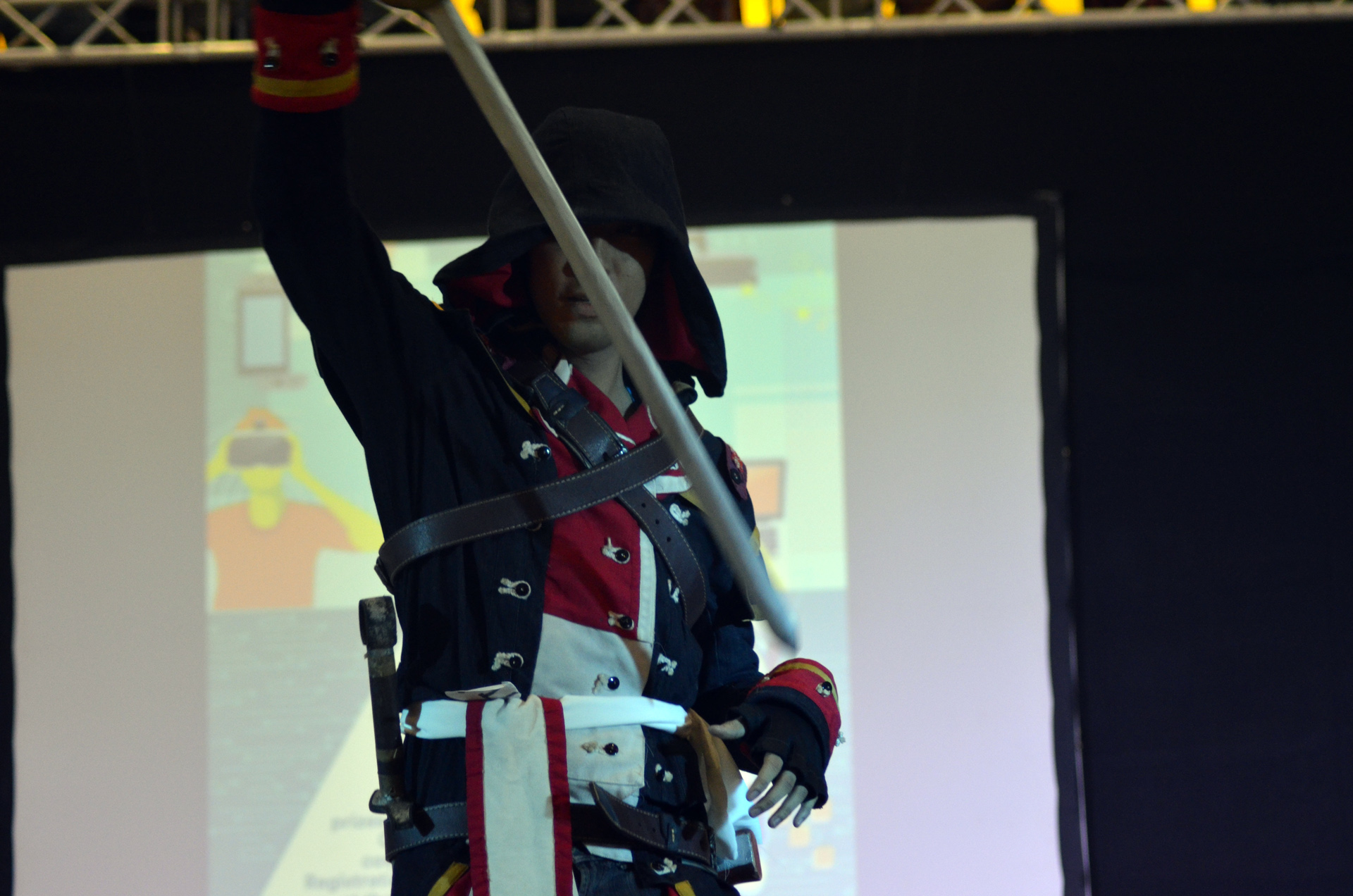 Coming in second place, was the eponymous assassin (or is it templar?), Shay Patrick Cormac, from the much beloved franchise Assassin’s Creed.

Due to the popularity of the franchise, Alfonso managed to grab the attention of the crowd and cleverly took advantage of his cosplay to be able to steal second place. He started off by showing Shay’s arsenal of weapons and then coolly walking off the stage. 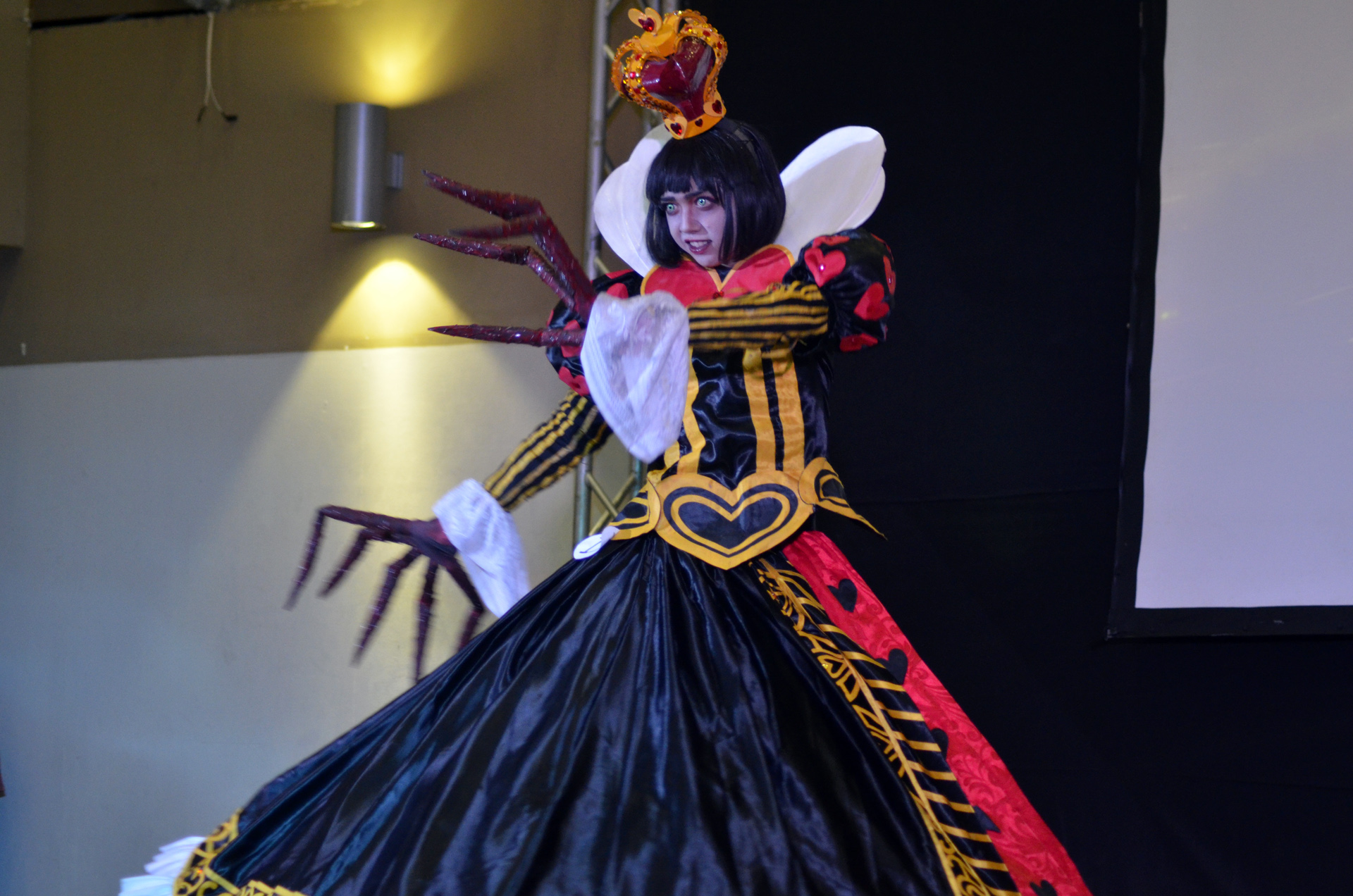 Not many cosplayers can move as fluid as what the characters they are portraying can. The Red Queen however, showed everyone why she was supreme.

With Kurk dancing around in her dress the way she did on the stage, she managed an aristocratic yet eerie feel of the video game antagonist that she was cosplaying as. She impressed the judges with her hand movement which can be described as “tree branches dancing.” 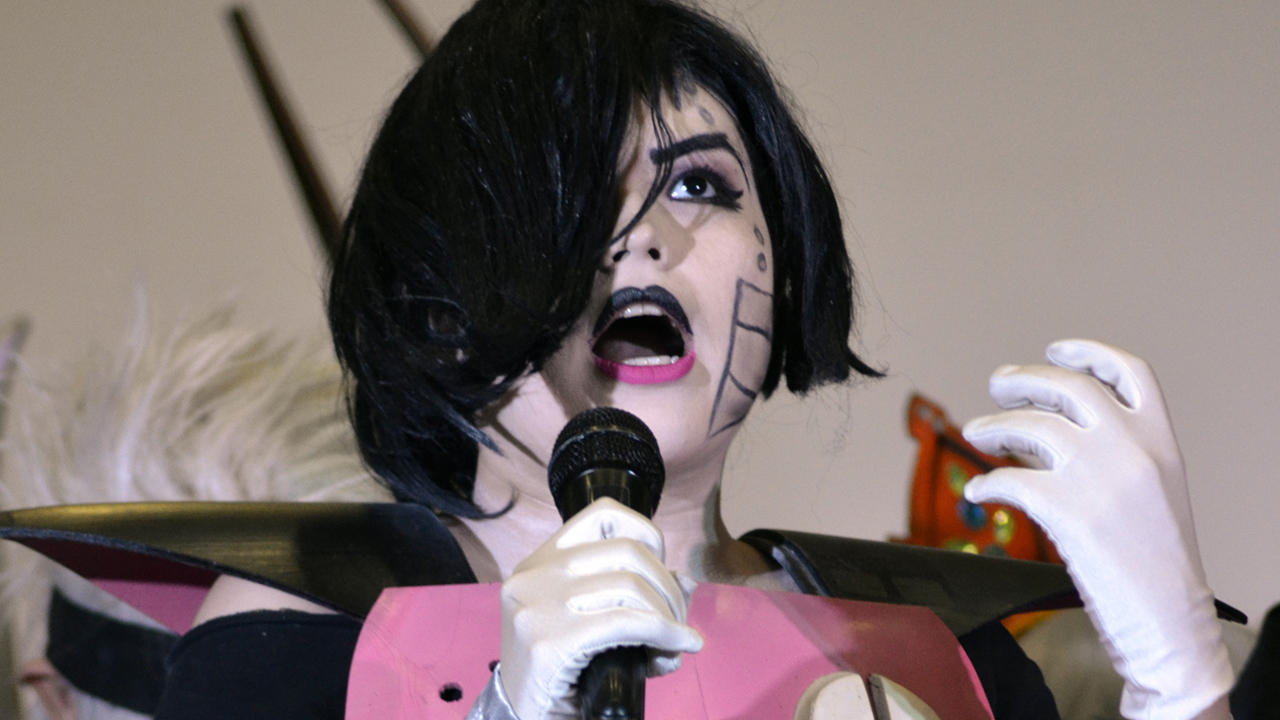 Perhaps not what we were expecting to be fourth place.

With Undertale being such a popular game among the masses even to this date, this cosplayer managed to capture the rather weird and quirky nature of her character. With such a bold presentation, both the judges and the crowd were left surprisingly impressed. 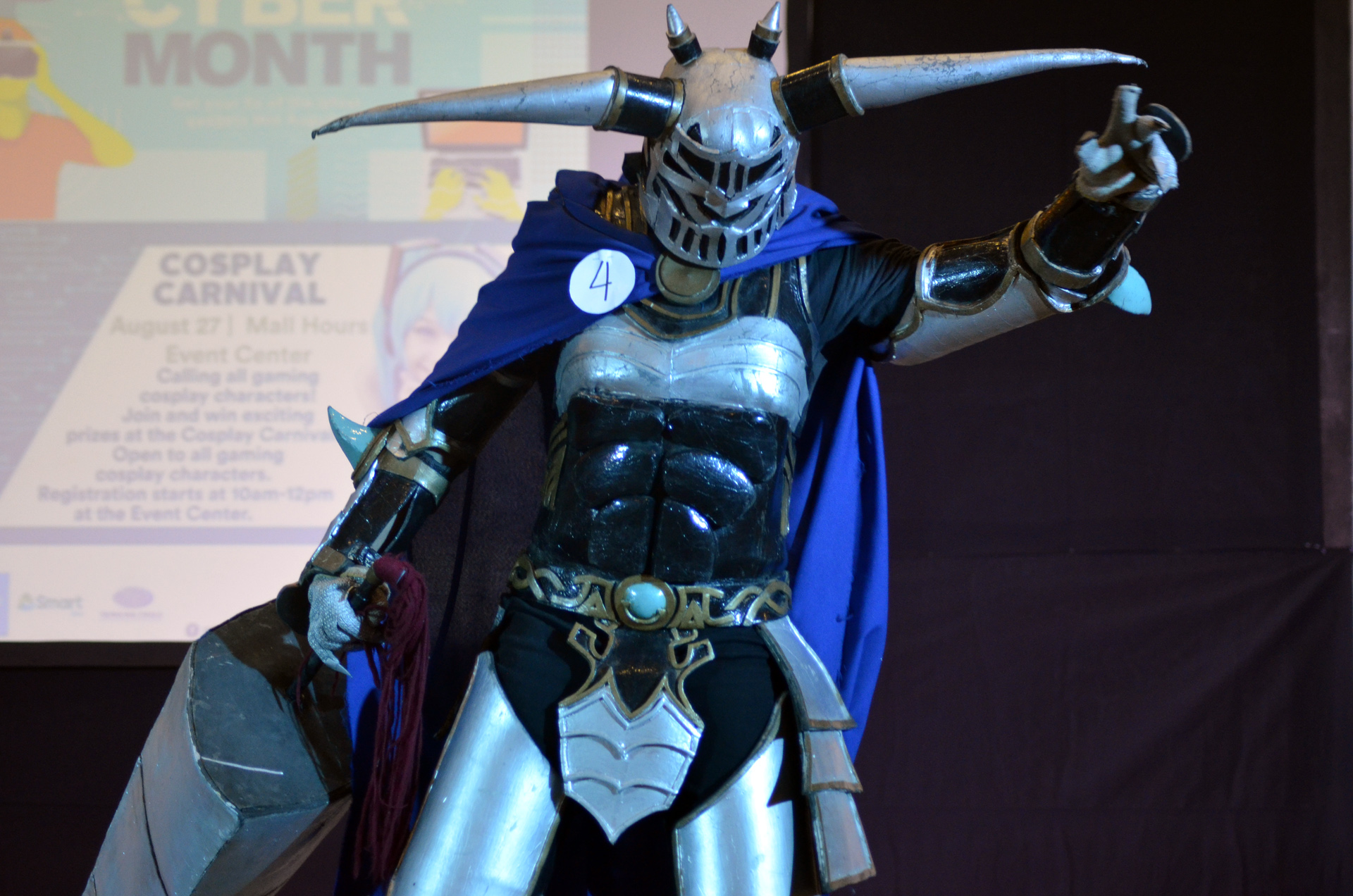 It wouldn’t really be a top five without a Final Fantasy character, would it?

Richard’s armor wasn’t shabby and him swinging that massive sword around stage definitely gave the audience a good impression of Garland. With both his well done cosplay and act, Richard takes the fifth spot. 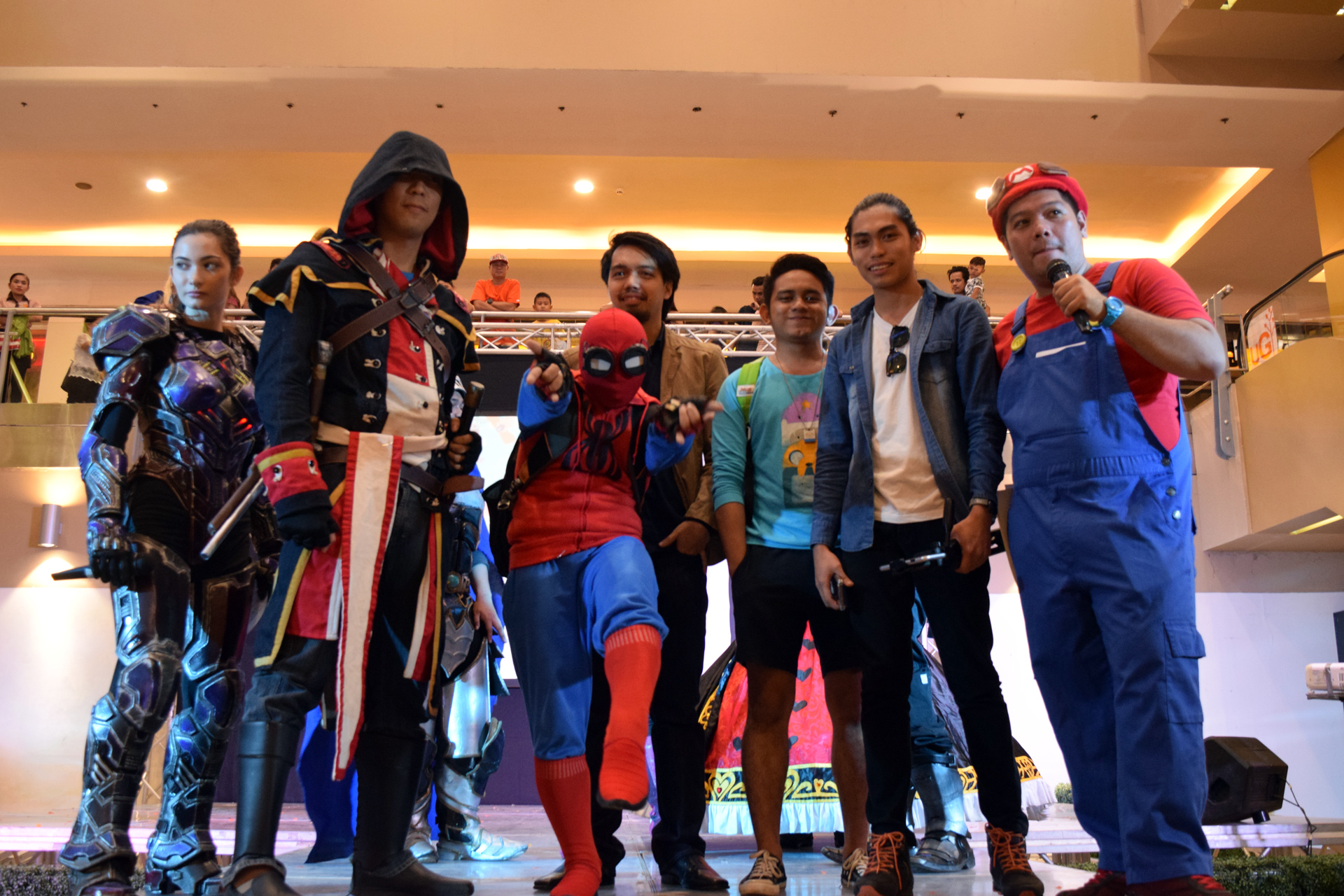 We managed to interview four out of five contestants, but we unfortunately couldn’t interview the Garland cosplayer because he was no longer in the premises. Unfortunately, the interview took place in a very crowded area so we also couldn’t get clear audio. We we will be talking about their interviews in a separate article. 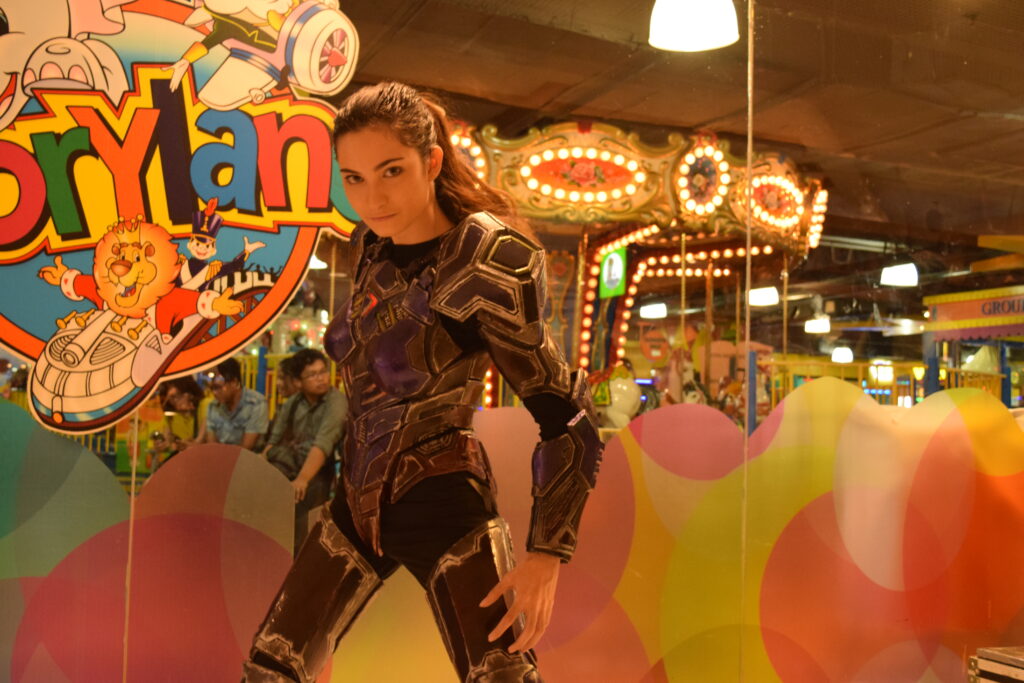 After the cosplay carnival, we went on to interview the hostess of the event herself, Angie Norrie. We managed to learn more about her and are quite surprised at the details she has given us. For one, it is her first time hosting a cosplay carnival and was rather proud of the results. She thanks one of the organizers, Gary Montejo, for placing the highest effort in ensuring the the cosplay carnival was a success.

Angie Norrie is set to star in the upcoming TV series: Guardian Blade Legacy. We will be talking more about that in a separate article.

The cosplay carnival held in SM Cebu City ended with everyone in good spirits after a fun activity. We are excited to cover more events like these in the future.

MORE PHOTOS FROM THE EVENT: