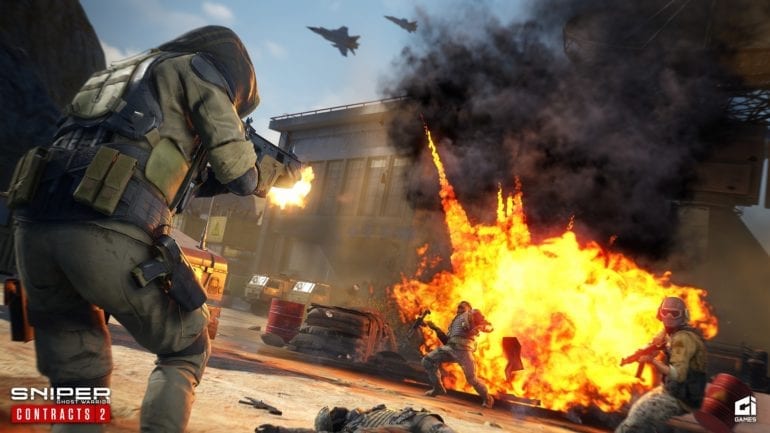 The newest title is now available on Xbox One, Xbox Series X/S, PlayStation 4, and PC. It also comes with a brand new trailer that features the protagonist Raven.

On a sandbox map, he completes one of the 21 missions in the video – the perfect introduction to the latest series part of the bestselling first-person sniping franchise, which comes up with numerous updates, including 1000m + extreme sniper long shots, next-gen -Graphics, smarter NPCs, and the deadliest arsenal of weapons the series has ever seen.

The PlayStation 5 version will be released later this year, but PS5 players don’t have to wait because all owners of the PS4 Version of Sniper Ghost Warrior Contracts 2 is available with a free PS5 upgrade with the release of the next-gen version. In addition, the first DLC card will appear free of charge as a special goodie for all platforms. The DLC is currently under development, but it will include a huge new map and new missions.

CI Games is also cooperating with the FPS-Twitch-Streamer shroud to create a special DLC package. shroud, who has already demonstrated his incredible FPS skills many times in his career, has designed a shroud sniper skin together with the developers, which is available on all platforms. The Contracts-2 -gameplay can be adapted to the abilities and needs of the players and is therefore a real challenge for experienced snipers like shroud and all other sniper Ghost Warrior professionals.

Sniper Ghost Warrior Contracts 2takes place in Kuamar, a fictional, lawless region in the Middle East, near the Lebanese and Syrian borders. Players help Raven, a sniper contractor, to overthrow the brutal dictatorship of President Bibi Rashida and her husband Omar Al-Bakr. Contracts 2 lifts the sandbox design of the first series title to a new level thanks to the extreme long shots. New mission goals, realistic weapons and gadgets as well as unlockable skills provide plenty of variety.

Sniper Ghost Warrior Contracts 2 will be available in stores today for PS4, Xbox Series X/S, Xbox One and PC. The PlayStation 5 version will follow later this year.