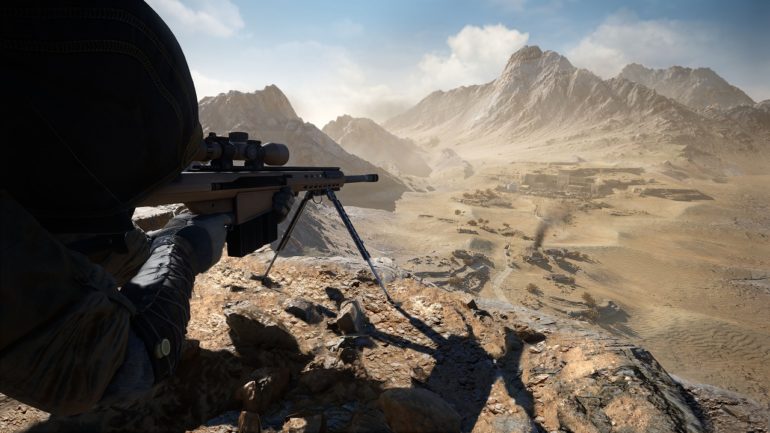 CI Games just shared an in-game teaser for the upcoming sequel, which sets the stage for one of the most important gameplay changes: Extreme long-range sniping. The gaming community wanted this feature for so long and now this new video has teased a shot that was taken 1,506 meters away. This feature will support more accurate weapons, heightened realism, and enhanced visuals. The game will be available on PlayStation 4, Xbox One, and PC this coming winter 2020.

“The Sniper community really enjoyed the changes we made with Contracts and the sniper’s paradise sandboxes but, based on their feedback, we designed the latest game with very long-range shots in mind,” said CI Games CEO Marek Tyminski. “We hope to continue building on the best sniping gameplay around and make significant steps forward in bringing modern, realistic sniping experience to consoles and PC. Our team is really excited to introduce the extreme range campaign in Contracts 2.”

Challenging long-range maps will be included in the upcoming sequel in a new modern setting. Aside from core contracts, the campaigns are hand-crafted to offer the best gameplay over extreme distances. These maps will challenge even the most skilled snipers as players must complete complex challenges and they must stay undetected from over a kilometer away.

Reaper will take on the role of the Reaper, a sniper on a mission. It will be a more grounded and relevant experience that will be set in modern day 2021 Middle East.

More details will be revealed in the coming months.

Shots have never been made from such long distances before. Sniper Ghost Warrior Contracts 2 introduces fans to a dramatic single-player campaign where the stakes are at their highest, deep inside enemy territory.

Players take on the role of Reaper, contract sniper assassin, operating in the heart of a lawless region of the Middle East along the Lebanese and Syrian borders. Tasked with a seemingly impossible mission – to topple an insidious criminal syndicate and bring them to justice.