Sonic Forces Review – Not So Fast 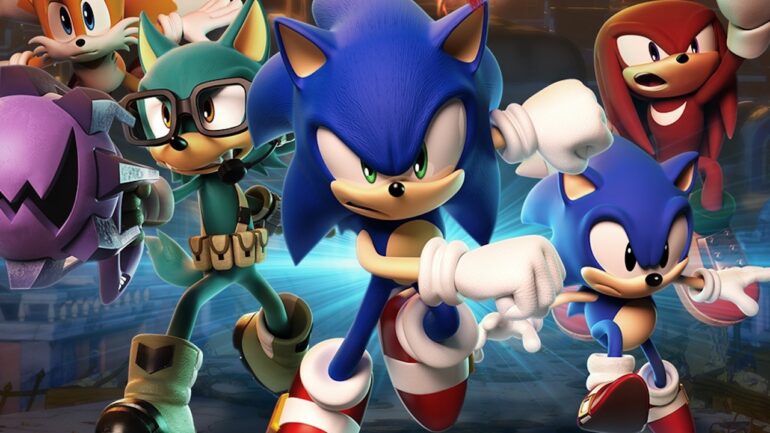 Sonic has had a lot of speed bumps in his career, with his recent games virtually putting a stop to the blue blur’s momentum. Sega managed to bring back some love for the mascot, however, by letting passionate fans develop the recent Sonic Mania. This has given back some momentum and trajectory to Sonic’s future. Sonic Forces, on the other hand, doesn’t continue that trajectory, but it’s not a bad game entirely, either. 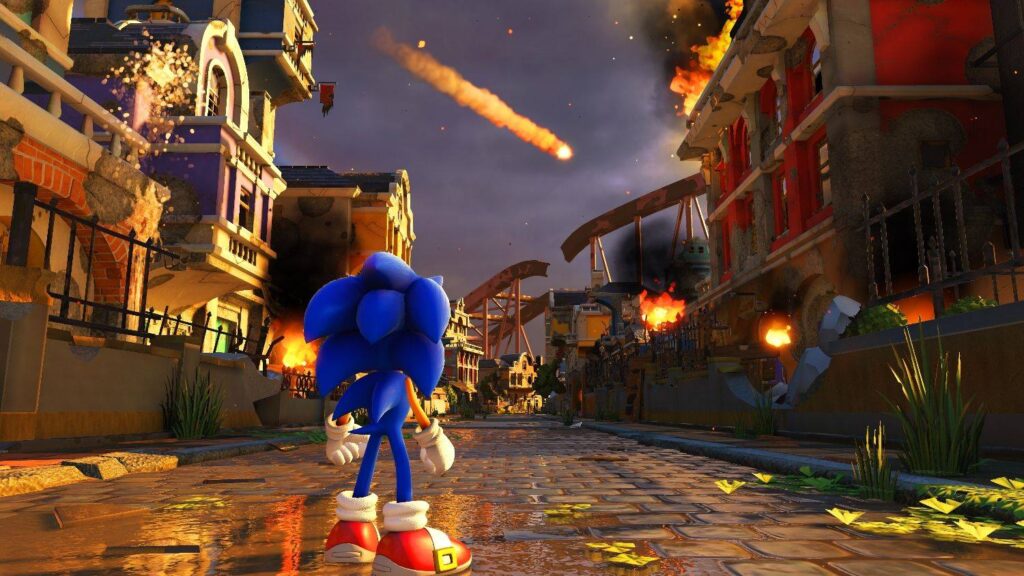 Sonic Forces is a Sonic game for fans of the lore of the franchise, especially post 2006 Sonic. It doubles down on the cast of the series, featuring obscure characters that casual fans of the series may not recognize. Although most of the interaction and dialogue is cheesy, it’s great to see the developers embrace the campy nature of the series.

The camp is especially evident in Sonic Forces story. The story tries its best to come off as serious and dramatic, since its themes revolve around world destruction and the evil forces actually winning. However, the pacing and campy nature, which it can’t seem to stay away from, hinders Sonic Forces in achieving the goals it projects. There is some enjoyment to be found in the corny nature of the story, similar to how there are fans of the 1966 Batman TV Show. You’ll be able to find a chuckle or two when listening to some of Sonic’s lines, where he references his obvious love of chili dogs and flat puns, but instead of laughing with the game, you’ll be laughing at it. To be fair, it isn’t as bad as Sonic ’06, which brings the cringe hard and isn’t worthy of a cult following.

Gameplay of Sonic Forces is another mixed bag, with sadly more mediocre moments than redeeming ones. After numerous franchises in 3D or 2.5D, it’s now confirmed that the Sonic Team just can’t nail the physics of Sonic to hit that sweet spot of being both fast and intuitive. Throughout the game, it felt as if I was wrestling with the game’s physics and controls, rather than using them to my advantage. This level of frustration differentiates depending on what stage of the game you play. The stages in the game are split up by gameplay, which are represented by the character you play as. The three styles are based off of modern Sonic, classic Sonic, and the avatar-based character, which you create, nicknamed as “The Rookie.” 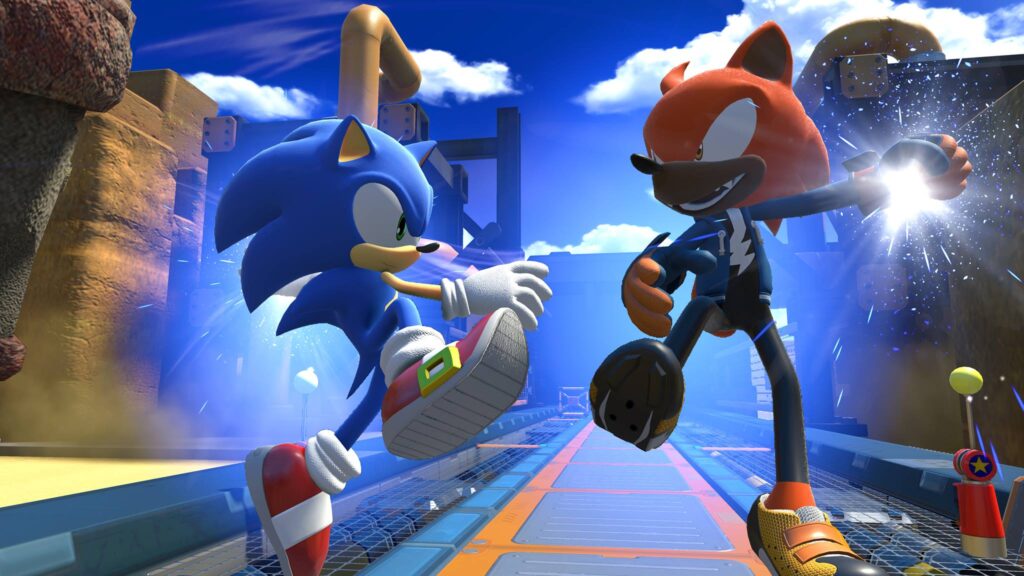 The stages where there’s some decent amount of Sonic fun to be had are the ones featuring modern Sonic and The Rookie, especially the stages where the two join forces. Modern Sonic on his own can be a hit or a miss, and these stages were the ones where I felt the frustration of the physics the most. Sonic just can’t seem to stay fixed in one lane, where he tends to pivot sharply and re-centering just makes things worse. When modern Sonic goes into 2.5D mode things get slightly better, where things feel a lot tighter and you don’t have to worry about another axis of movement. However, here there are more platforming sections, which do bring a sudden halt to the momentum of the game, with abrupt placements of platforms and enemies. It doesn’t help either that a lot of the enemies share a similar color palette with the environments, which ends up in a lot of cheap hits because the brain just can’t comprehend things at Sonic speeds.

The avatar-based character feels and plays similarly to modern Sonic, but comes with the addition of a weapon, which can be switched out for other ones depending on your play style. Of the three, the avatar character has the most flashy gameplay visually, such as grinding around bends by tethering to an anchor point or running away from giant robots. It doesn’t have more depth or finesse compared to modern Sonic, however, the flashy scenes do add a bit of excitement while playing the game. Sadly, these stages still fall prey to the abruptly placed platforming sections and near invisible enemies.

The least of the two, and shockingly so, are the classic Sonic stages. The stages are purely on a 2D field, which makes things feel tighter and more precise, however, this is the slowest Sonic of the three by a large margin. It can be especially jarring when coming off of a blisteringly, fast-paced modern Sonic level, only to do what seems like a brisk walk in the classic Sonic levels. It lacks the thrill and adrenaline that is associated with the series. Of the three, classic Sonic stages have the least to offer, which is a shame considering how much fun Sonic Mania was. 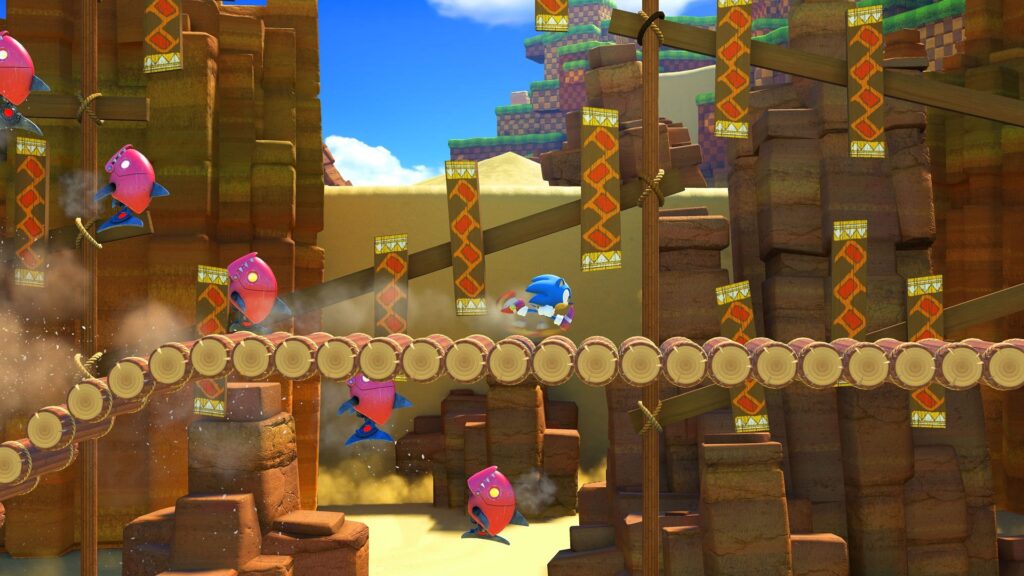 Despite the flaws in the gameplay, a surprisingly redeeming factor are the boss stages. It’s typical to expect from a platformer that the boss levels won’t be as inventive when it comes to the actual platforming, however, Sonic Forces, does a decent job of mixing fast-paced Sonic gameplay and boss encounters.

Another aspect that Sonic Forces has going for it is its soundtrack. It’s a varied selection of jazz, pop-punk, funk, and a whole lot more that add an extra spice as you play. There’s nothing like the perfect combination of lightning fast Sonic gameplay and an equally fast and upbeat soundtrack accompaniment.

Overall, Sonic Forces isn’t the follow-up critical darling that Sonic Mania was, not even close. However, it’s not without its own merits, from the mostly decent gameplay and unabashedly corny story, there’s still some things to love about the game. I’d only  recommend it to the passionate Sonic fans, however, who need some more blue blur magic in their life. Sometimes Sonic just has to get over a few speed bumps to be good, but this time it’s just another speed bump. 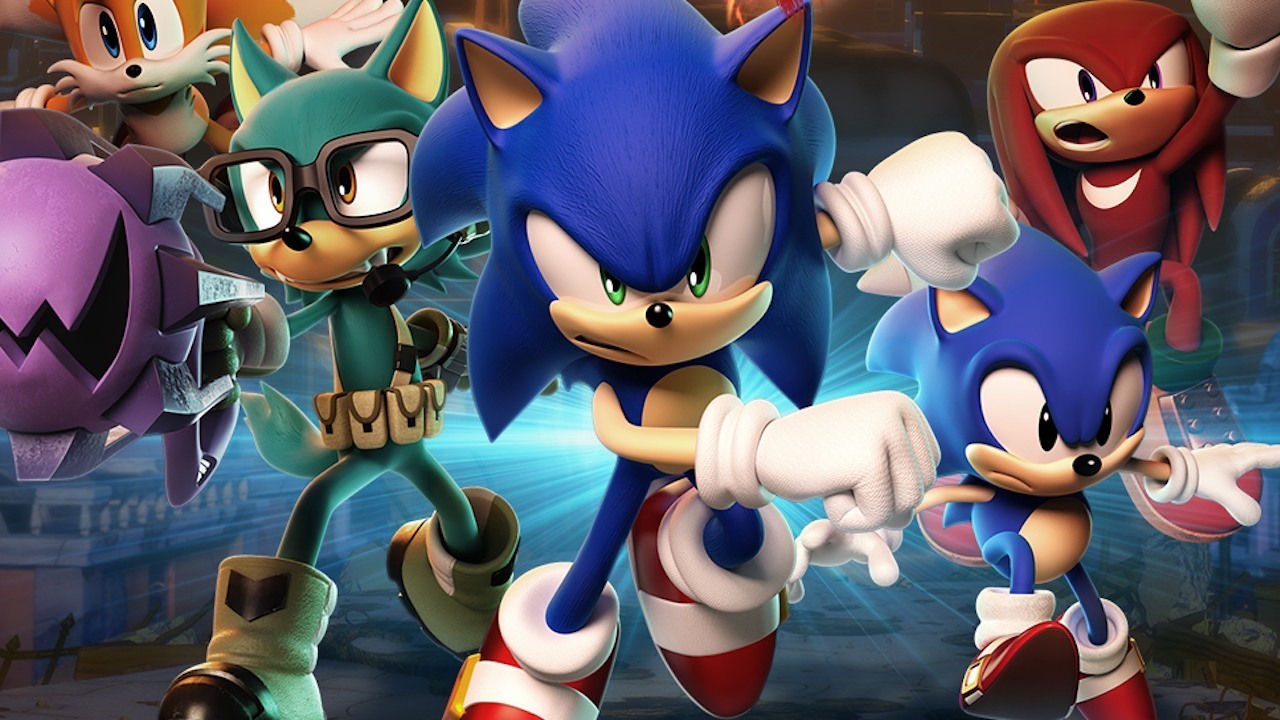 Sonic Forces - Review
Score Definition
You better have to choose if it’s worth spending your spare cash, because it might not be the game for you and it might be for others.
Pros
Varied and great soundtrack
For-the-fans story
Fun boss battles
Cons
Questionable level design
Classic Sonic
6
Justified