Learn about the combat system! 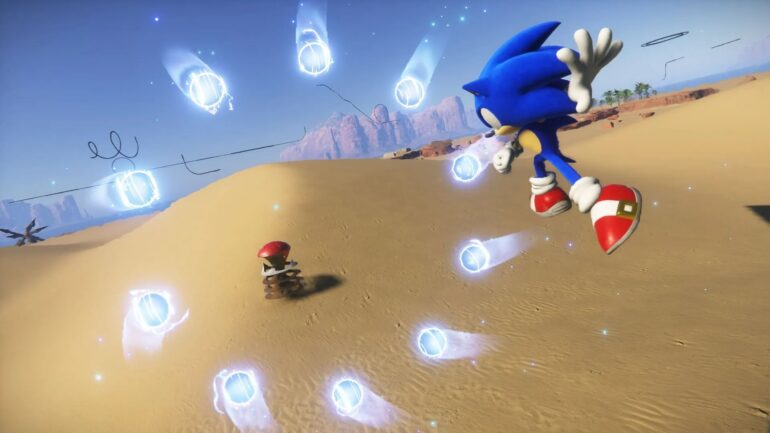 According to a new report, Sonic Frontiers has taken a massive leap forward in terms of action. It combines the speed of Sonic with the Cyber-Powered combat which now results into a new battle system. This will now be the basis for future Sonic 3D action-adventure platforming games.

Sonic will start with his signature moves like the Homing Attack, Drop Dash, and Stomp. As he continues to explore the Starfall Islands, he will acquire more abilities that will allow him to take on bigger and stronger opponents.

Sonic Frontiers evolved combat system introduces the Skill Tree, which has powerful new abilities to earn and use against new enemies. In order to unlock additional skills, collect enough Skill Pieces from fallen enemies, breakable items around the island, and Big the Cat’s fishing mini game.

Here are the new abilities:

Tactics for Enemies with Barriers

There are some enemies that will put up a barrier to protect themselves from incoming attacks. Sonic must use Cyloop to break their shield and deal as much damage as they can before it goes back up. If Sonic gets attacked and loses a few rings, do a quick Cyloop to generate a few rings to get back into the fight. Block attacks with Parry and counter with a different ability.

Guardians are harder to take down, which needs a certain combat strategy. They would require unique battle mechanics before they could reach the weak spot. When they reach it, players can now use various attacks to defeat them.

Collect all the Red Seeds of Power and Blue Seeds of Defense from puzzles and challenges all over the map to boost stats.

Sonic Frontiers launches on November 8. It will be released on PC, PS4, PS5, Xbox One, and Xbox Series X/S.