Many agree the game looked "soulless". 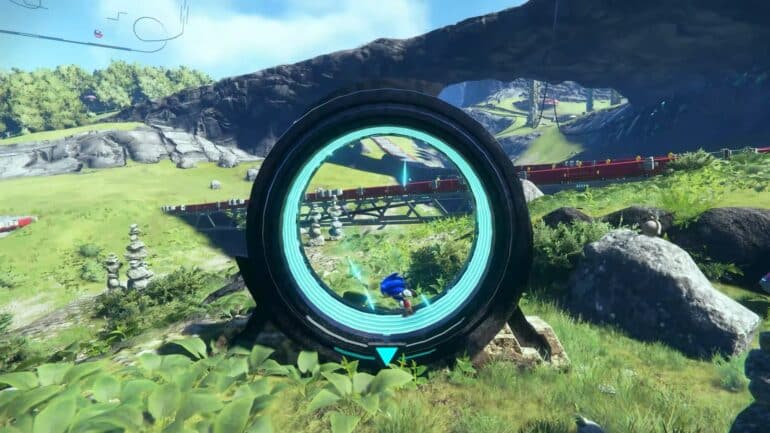 Fans have now rallied together to ask SEGA to delay the upcoming new game Sonic Frontiers after revealing the first gameplay video.

The hashtag #DelaySonicFrontiers have recently been trending online after fans have been posting on social media. Media outlet IGN recently shared the very first gameplay trailer of Sonic Frontiers, which many fans have been anticipating for so long. Unfortunately, after the big reveal, everyone was disappointed of it. The fans thought it was “soulless”, which seems to have described it to a tee.

Now fans are now calling for a delay just like what happened with the new Sonic films. They want to change the redesign again.

The videos showed some gameplay of the upcoming title. The first one showed off traversal and open world where Sonic would run around the island, climb on monoliths, and solve puzzles. The second video was more on combat where Sonic fought various types of enemies from big robotic monsters, to small ones, and lastly a gigantic boss.

The fans have noticed something though. While the open world was large and wide with monsters and some foliage, they felt it was quite empty. It felt, “soulless”. Specifically, some of the concerns they voiced out where the stiff animations, a lack of momentum, and it felt like it was not a Sonic game at all as it lacked hills, loops, and ramps.

The Sonic gaming community is quite passionate and would do their best to get a great Sonic game after years of 3D Sonic titles, which were quite disappointing. They were all hoping that Sonic Frontiers was going to break that unfortunate line of bad games, but it seems to continue. Hopefully, the developers would change their minds and actually delay it further.

According to Svend Joscelyne, founder of fan site Sonic Stadium and global publishing director at IGN, he thinks the game will not be delayed.

“#DelaySonicFrontiers won’t work because, for me, main concern is about its entire concept & gameplay approach; a delay to kill bugs & add content isn’t going to address that,” he said. He does think this game is not the Sonic title he was hoping for this year.

Sonic Frontiers is planned for release later this year. It will be available on PC, PS4, PS5, Xbox One, and Xbox Series X/S.