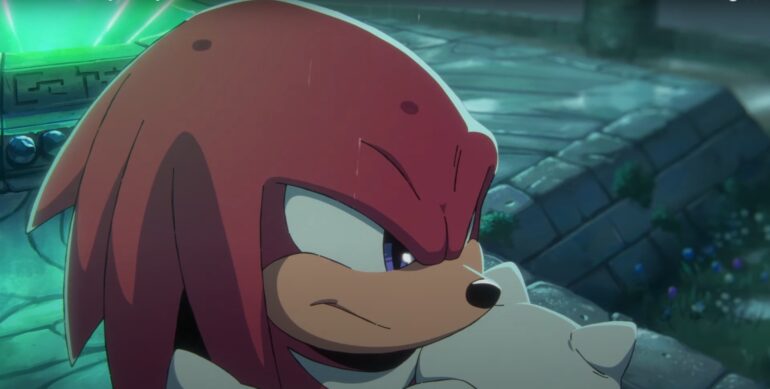 Before the launch of the upcoming video game Sonic Frontiers, the prologue Divergence was released which features the popular character Knuckles and his life protecting the Master Emerald from invaders. He shares his everyday activities on the island, the tribes that live there, other creatures that come and go, and more.

Knuckles also shares his thoughts on the Master Emerald. He revealed that it was his ancestors that stole the Master Emerald in the past and paid for the consequences. He wonders the reason for being chosen to guard it and what would his life be without it.

One day on his regular patrols, Knuckles stumbles upon a mysterious spiral object that seems to be some sort of key and then he finds the “keyhole” to put it in. When he does unlock it, he was suddenly transported to another dimension, which is the place that Sonic will be stuck in later. Knuckles encounters some robotic creatures that immediately attack him. While he easily disposes these minions, the boss appears and defeats him quickly, which is not seen.

The last scene is Knuckles getting imprisoned via a mechanical digital jail where he could not move at all. Sonic is probably going to rescue him when he stumbles on this place in the game.

Sonic Frontiers launches on November 8, 2022. It will be available on PC, PS4, PS5, Nintendo Switch, Xbox One, and Xbox Series X/S.