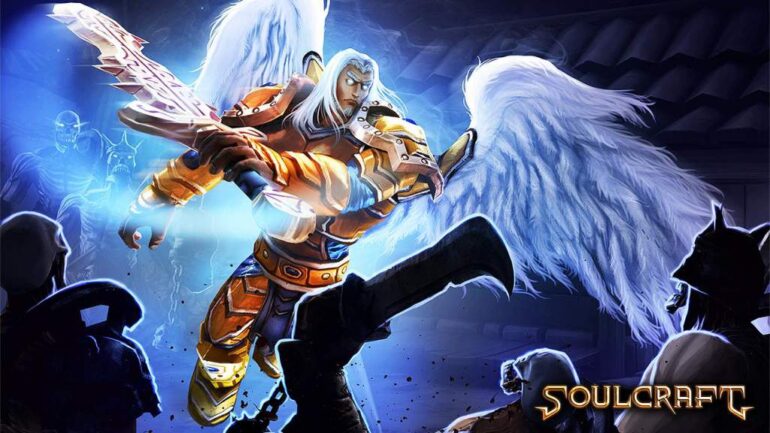 MobileBits is happy to announce today’s release of  SoulCraft an Action RPG. The game achieved over 6 million organic downloads on mobile devices – now, with the PC release players can experience a re-worked version including some great new features for $4.99 (minus 15% launch discount for the first days). Get ready to face numerous demons and monsters, see great locations, collect truckloads full of loot and save the circle of life!

Humankind is on the brink to discover the secret of eternal life. Fearful of their existence, angels and demons make a pact to proclaim the apocalypse enabling them to materialize on earth and fight the humans. SoulCraft lets you play as an angel and it’s up to you to decide who will win the war – the Evil itself from hell, God in heaven or the humans.

With over six million users SoulCraft is one of the best Action RPG games for Android, iOS and Windows Phone – now it is also available on PC! Have you ever levelled up a ranged hunter or a wild melee fighter in good old Hack ‘n Slash fashion? Collected loot en masse and upgraded countless equipment to epic proportions?! Felt good, didn’t it? Then now it’s time to fulfil your destiny: Do your duty, be a legendary hero and fight for the balance of life itself and be a beacon in this darkest of times in the action RPG SoulCraft. Become an arcane legend and bring back order into a world of chaos. Unleash your wild blood!