Xbox and Nike Partner Up for Exclusive Space Jam: A New Legacy Bundle 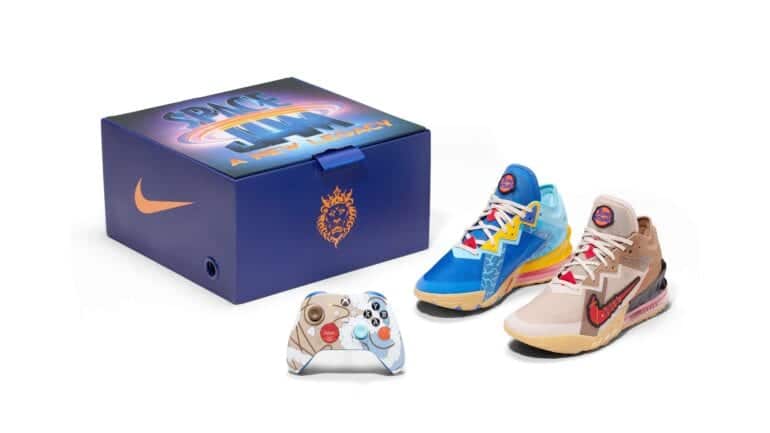 Nike Senior Designer of Footwear Jason Petrie was the one to design the Looney Tunes-themed LeBron 18 Lows. The left shoe represents Wile E. in earth tones with the Nike Logo while the right shoe features Road Runner blue tones with a touch of yellow.

The controller combines both themes into one. It has the chaotic scene of dust clouds of Road Runner and the cobbled contraptions of Wile E. It also has a textured grip and hybrid D-pad, which perfectly integrates with the ACME logo.

The game is also now available via the Xbox Game Pass Ultimate Perks for free and will be available for the others on the Microsoft Store on July 15. The upcoming bundle will also be available on stores on July 15.