Manage a flying city... and bring humanity back from the brink. 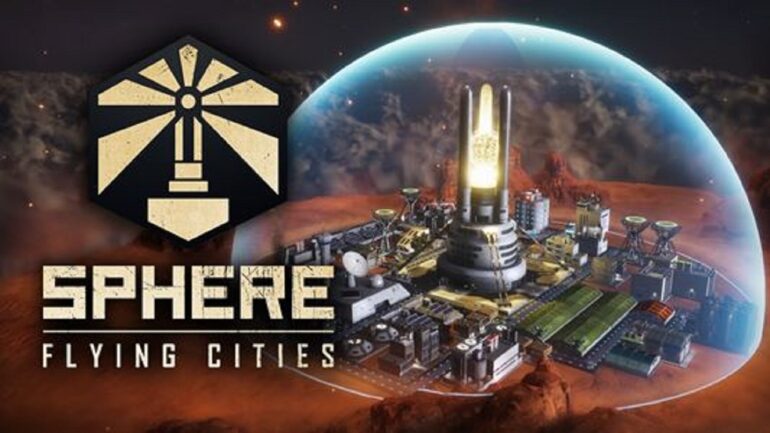 Publisher Assemble Entertainment and developer Hexagon Games have announced that their sci-fi city builder game, Sphere – Flying Cities, will launch in Early Access on Steam next month on October 14th, 2021. The game takes place in a post-apocalyptic future and sees players manage the well-being of the Earth’s very first flying city inhabited by the planet’s last remaining humans.

Utilizing a mix of strategy, simulation, and survival elements, Sphere ensures no limit to the truly extraordinary and immersive gameplay scenarios that can be constructed.

In the not-so-distant future, Earth’s moon has been struck by a massive asteroid. with the fallout rendering the terrestrial surface uninhabitable, the ecosystem of the planet collapses. Facing complete annihilation, humanity makes one final and desperate attempt to survive – all thanks to newly-created anti-gravity technology. The first (and possibly last) faction of flying cities ascends as the ultimate bastion of the human race.

As commander, you have been chosen to take control over the flying city in this relentless and unique strategy-blend that combines the best elements of the city-building and survival-game genres. Rebuild and protect a society in a seemingly uninhabitable environment. Utilize the Anti-Gravitation device to navigate your flying city across the globe into the treacherous unknown. Stay vigilant, as each decision could have ghastly consequences; be prepared to lay it all on the line to succeed, else losing everything you worked for.

Assemble Entertainment has again partnered with a charitable organization to offer a Save the World Edition of the game, this time with Atmosfair, an environment development organization that focuses on clean energy climate protection projects.

Assemble Entertainment donates 10% of its revenue of this edition to Atmosfair. On top of this, it’s the best option for all those who would like to support the work of the developers even more and do something good at the same time.

The Save the World Edition of Sphere – Flying Cities will include a mini-artbook and bonus in-game cosmetics.

For more information about the game, check its Steam page.