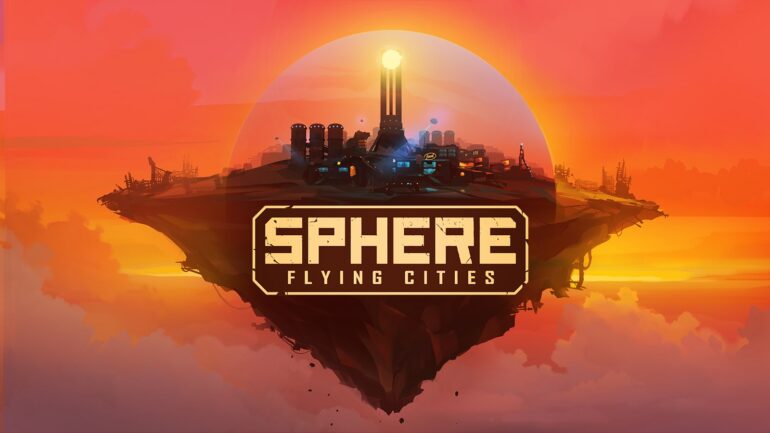 Publisher Assemble Entertainment has announced today that its Dystopian Sci-Fi City Builder, Sphere Flying Cities, will be leaving Early Access and will be coming to both Steam and GOG.

Sphere Flying Cities is set to leave Early Access and launch on September 20, 2022, on PC (via Steam and GOG). The full release of the game will see new features such as a fully fleshed-out story campaign, six new building blueprints to discover, a completely revamped tutorial, and a terrifying new threat – ice storms.

Check out the Release Date Reveal Teaser from Assemble Entertainment below.

Inpired by James Blish’s novel “City in Flight” and developed by Hexagon Sphere Games, Sphere Flying Cities employs its own unique mix of strategy, survival, and city-building simulation elements. As the Commander, players must maintain order and see to the survival of mankind.

Facing complete annihilation, humanity makes a final and desperate attempt to survive through the use of newly created anti-gravity technology, the first (and likely final) faction of flying cities ascends as the last bastion of humanity.

A City in the Clouds

Choose from a range of retro-futuristic buildings to construct your city in the skies. Utilize the resources available from the unique environment and send out drones to harvest resources and repair buildings to keep everything in one piece. Who knows? Maybe you’ll come across some truly rare resources to spruce up your city.

The Sky’s The Limit

Everything depends on how well you maintain the anti-gravity device and its deflector shield. Freak natural disasters will test your mettle and the decisions you make will be a matter of life or death!

For the Greater Good

Tend to the needs of your city’s denizens by supplying food, healthcare, and shelter. Conduct rescue missions to further expand your city’s population, but keep in mind that you won’t be able to save everything… nor every colonist unfortunate enough to be stranded in the middle of nowhere.

Write Your Own Story

Every decision you make, routes you take, and the buildings you choose to create, determine the narrative of this near-apocalypse scenario. Your path and the choices along the way will determine how the tale ends for you and your city in the clouds.