The latest extended gameplay video showcases how the Inklings and Octolings fight it out in an inky battle! 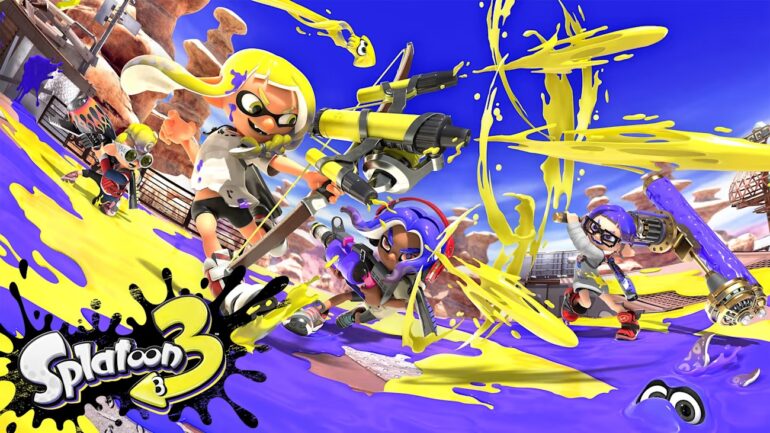 The game company has confirmed on the gameplay video that Splatoon 3 will be launched on Friday, September 9, 2022. On of YouTube video descriptions, a pre-order link is already available to check out. On the Nintendo eShop, the game is priced $59.99 for its digital standard edition. It also says that after buying the game, it will allow players to pre-load it to make it faster for them to play as soon as the game is released. Buying it on Nintendo eShop nets members 300 Gold Points.

Splatoon 3 offers several game modes for single player, local wireless of up to 8 players, and online gameplay of up to 8 players. It can be played on Handheld mode, Tabletop mode, and TV mode. It will need 6 GB of storage space to install.

Enter the Splatlands, a sun-scorched desert inhabited by battle-hardened Inklings and Octolings. Splatsville, the city of chaos, is the adrenaline-fueled heart of this dusty wasteland.

Even in this desolate environment, Turf War reigns supreme and battles rage in new stages located in the surrounding wilds. Dynamic new moves help these fighters dodge attacks and cover more ground, along with a new bow-shaped weapon to sling ink.

Join Agent 3 in a fight against the unruly Octarians in story mode. Discover the secrets of Alterna, the Fuzzy Ooze, and how they connect to the mode’s theme, “Return of the Mammalians.”

Team up and fend off waves of dangerous Salmonid bosses in the next iteration of Salmon Run, a co-op mode with fresh new features.

The gameplay video showcases a turf war game with 8 players joining in. It features the various weapons and classes to choose from with different attacks and abilities.