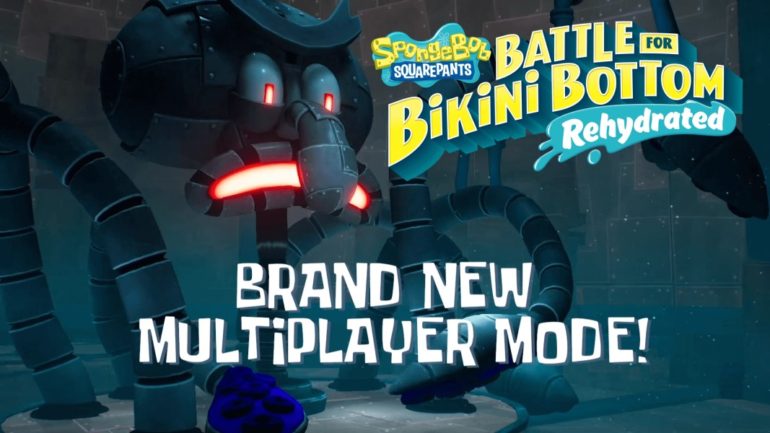 ♪ F is for friends who do stuff together

U is for you and me

N is for anywhere and any time at all

Down here in the deep blue sea ♪

Upcoming video game SpongeBob SquarePants: Battle for Bikini Bottom – Rehydrated reveals a brand new horde mode that will include u to two players for online and couch co-op on the same screen. Players will be fighting against the evil Robo-Squidward. This mode will have 26 islands and 7 playable characters, each with unique attacks.

Check out the multiplayer trailer here:

There are also two Collector’s Editions to acquire, which are the Shiny Edition and the F.U.N. Edition that will be available on the same release date of the standard one for PC, Xbox One, PlayStation 4, and Nintendo Switch.