The spiritual successor to Battle for Bikini Bottom Rehydrated! 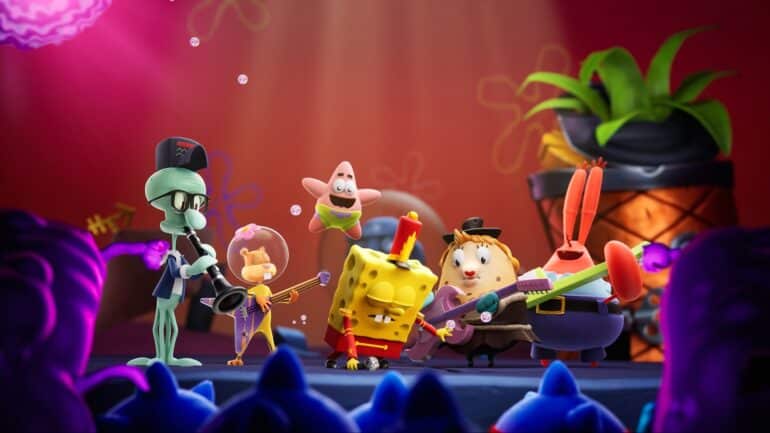 At the THQ Nordic Showcase, the game company revealed a new announcement trailer for the spiritual sequel to the fan-favorite remake of Battle for Bikini Bottom: Rehydrated. This will be a new adventure for SpongeBob and Patrick as they travel to a multitude of different Wishworld, each with its own setting and rules.

The Cosmic shake is a 3D platformer focused more on themed worlds, wacky costumes, and buddy banter between SpongeBob and Patrick along the way. SpongeBob will be traveling through the Wild West, medieval or prehistoric times, and more. Also, Patrick is in the form of a Balloon.

In this iteration, The Cosmic Shake will focus more on SpongeBob. He will have various types of abilities like a flying karate kick or the ability to roll around on big rocks. There are tons of classic costumes to unlock.

In the first place, SpongeBob causes all of this mayhem after he messes up the fabric of the universe while playing with a vial of wish-fulfilling Mermaid’s Tears. This transforms Patrick into a balloon and now they have to travel to different Wishworlds to find and bring back their friends to restore Bikini Bottom. Every world is unique and has its own story.

SpongeBob Squarepants The Cosmic Shake will be available on PC, PS4, Xbox One, and Nintendo Switch. It will be playable on next-gen PlayStation and Xbox consoles. No release date yet.