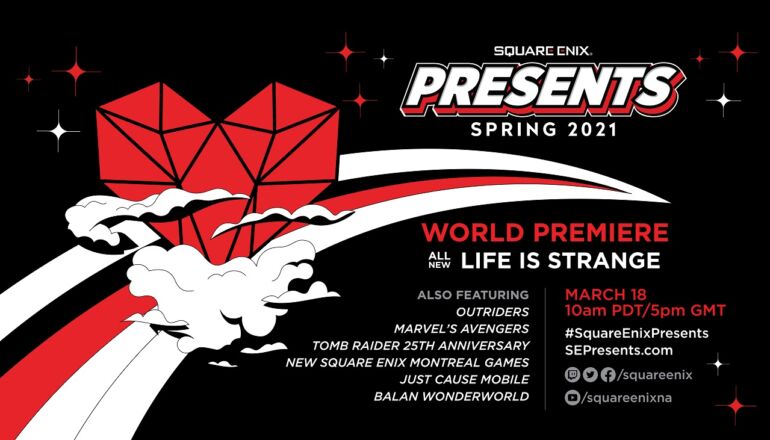 This will be a series of shows where the company will reveal new games, updates, and news directly to the global community throughout the year. The first one will start on March 18 at 17:00 pm GMT on Square Enix’s official Twitch and YouTube channels. The show will run approximately 40-minutes.

The first show will premiere next game in the critically acclaimed and award-winning Life is Strange series. This new title will feature a new protagonist.

The show will also have other trailers, gameplay videos and announcements for the following titles:

This announcement also semi-confirmed a rumor a while back ago about the next Life is Strange game.