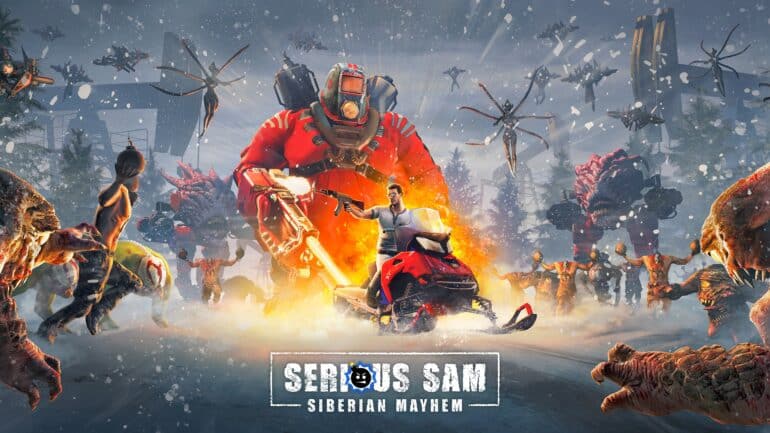 The next chapter of the ongoing adventures of ‘Serious’ Sam Stone will release on Steam later this month on January 25th, 2022.

A new set of dangerous foes and bosses join the Horde including some of the most advanced and intimidating creatures the hallowed FPS series has ever seen.

Lock and load new weapons like the experimental crossbow or jump into vehicles from snowmobiles to towering mechs.

From the game’s Steam page:

WELCOME TO SIBERIA:
…the heart of Russia. This place is huge, cold, and so unpredictable even the alien invaders feel lost. Travel through five new levels set in a beautiful and dangerous world, from Arctic coastlines and desolate forests to abandoned villages and a chilling ghost town. Siberia is large enough for you to fight & explore for as much as you want.

BEASTS OF THE APOCALYPSE:
Only the strongest souls survive in Siberia, and Mental knows it well. A new set of dangerous foes and bosses join the Horde in ‘Siberian Mayhem’. Including some of the most advanced and intimidating creatures you never expected to see.

TEMPERED STEEL:
There’s only one thing that stands between Serious Sam and his enemies – a gun. Treat yourself with a deadly arsenal of new weapons, from the legendary AK to experimental ‘Perun’ crossbow, and more! Do you want to cause death from above or become one with 50 tons of first-class firepower? New gadgets and vehicles are locked, loaded, and ready to fulfill your most destructive dreams.

AT HOME AMONG STRANGERS:
When you think the journey is over and there are no more stories to tell, the universe gives you a second chance. Meet a gang of new outcasts and unexpected characters who will help Sam on his journey to Tunguska. Complete side-missions in order to uncover new chronicles these wild places uphold. And pay attention to your surroundings – the world itself can tell you something you never expected to hear.

SIBERIAN MYSTERIES:
The lands of Siberia are huge, desolate, and full of secrets. Useful, silly, weird, familiar… you name it. Can you find them all?

Serious Sam Siberian Mayhem started life as an ambitious project from longtime Serious Sam community modding team Timelock Studio. It has then grown into a standalone expansion under the guidance of Croteam.

Pre-order for the game are up on Steam today with Serious Sam 4 owners receiving a sizable discount on a pre-order or post-launch purchase.