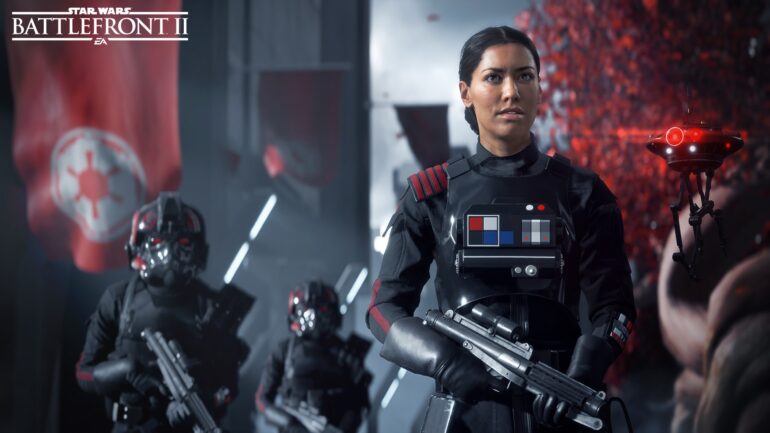 Star Wars Battlefront II looked tremendously amazing at EA Play this year. We get to see Clone Troopers and Separatists forces back in action and the assault on Theed gameplay was just remarkable. The DICE Star Wars game will launch later year and that’s a month before Star Wars: The Last Jedi will hit the theaters.

EA announced that they will have a beta coming in the second half of 2017. Although the closed alpha already started exclusively on PC, other platforms will get their hands on Star Wars Battlefront II this October when the open beta goes live.

In the latest PlayStation blog post, EA Community Manager, Jarred Petty, posted more information about what we get to experience in the open beta.

*As posted from the PlayStation Blog by Jarred Petty:

We’re not sharing all the details around this yet, but we can tell you that you’ll be able to take part in an epic starfighter assault set during the original trilogy era, piloting an assortment of Star Wars’ greatest ships in an objective-based, multi-stage battle. You’ll be learning much more about starfighters in Star Wars Battlefront II at gamescom.

When can you start playing?

If you pre-order Star Wars Battlefront II, you can jump into the beta early. Players who pre-order gain access to the beta October 4 – the beta opens to the public October 6, and lasts through October 9.

Clear your schedule, tell your friends, and get ready to get a glimpse into the beautiful, massive world of Star Wars as you never have before.

How Do I Get in Early?

Pre-Order Star Wars Battlefront II from PlayStation Store for early access to the beta, as well as a number of other content bonuses. And keep an eye on PlayStation and on EA Star Wars on Twitter, Facebook, and Instagram for the latest news on what’s coming next.