Star Wars: Squadrons Has Aiming Reticle; Not All Guns Gimbaled 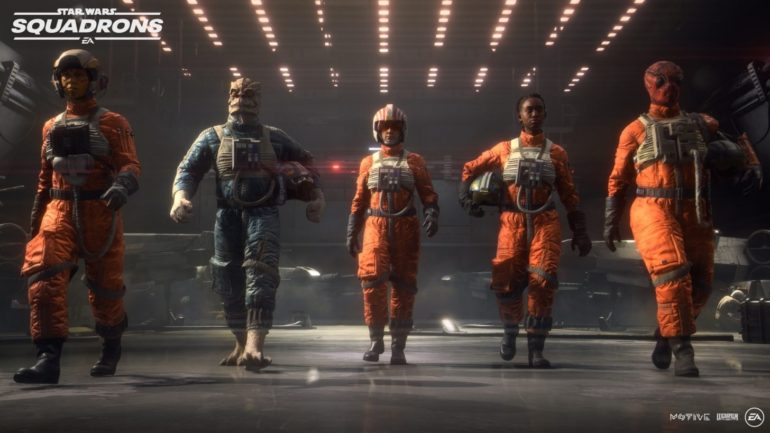 In all Star Wars films, space battles have always been one of the most awaited scenes to watch since it always looks flashy, epic, and thrilling. So many scenes are from space battles especially with aces scoring many kills during their fly bys. One of those scenes also feature how pilots would aim their guns at enemy starships and how those enemies try to avoid being locked on. Star Wars: Squadrons will let players live that kind of experience in the most immersive gameplay ever in Star Wars gaming history.

Creative Director Ian Frazier explains how the reticle works and the possibility of assisted aim that is usually common in space combat games.

Frazier divulged that the gunnery has an aiming reticle, but not a leading type of reticle. In the gameplay trailer, that was turned off for video capture purposes. Normally, that reticle is present there. In order to aim, players will have to lead it properly. It does have a signal, which is changing color, that lets players know that they are going to hit their targets.

The creative director confirms that the guns are not all gimbaled. There are few of them, but most of them will not be gimbaled.

“There is convergence to them, like in X-Wing,” said Frazier. “The lasers are converging at a certain point in space, and depending on where you’re shooting, and you’re going to kind of have to move forward and backward relative to your target to try to hit that ship.”

Most the weaponry are fixed and will change their aimpoints based on where the emitters are, according to the creative director.

Star Wars: Squadrons will launch on Oct. 2 for PlayStation 4, Xbox One, and PC via Steam and Origins with compatibility of PlayStation VR and PC VR.