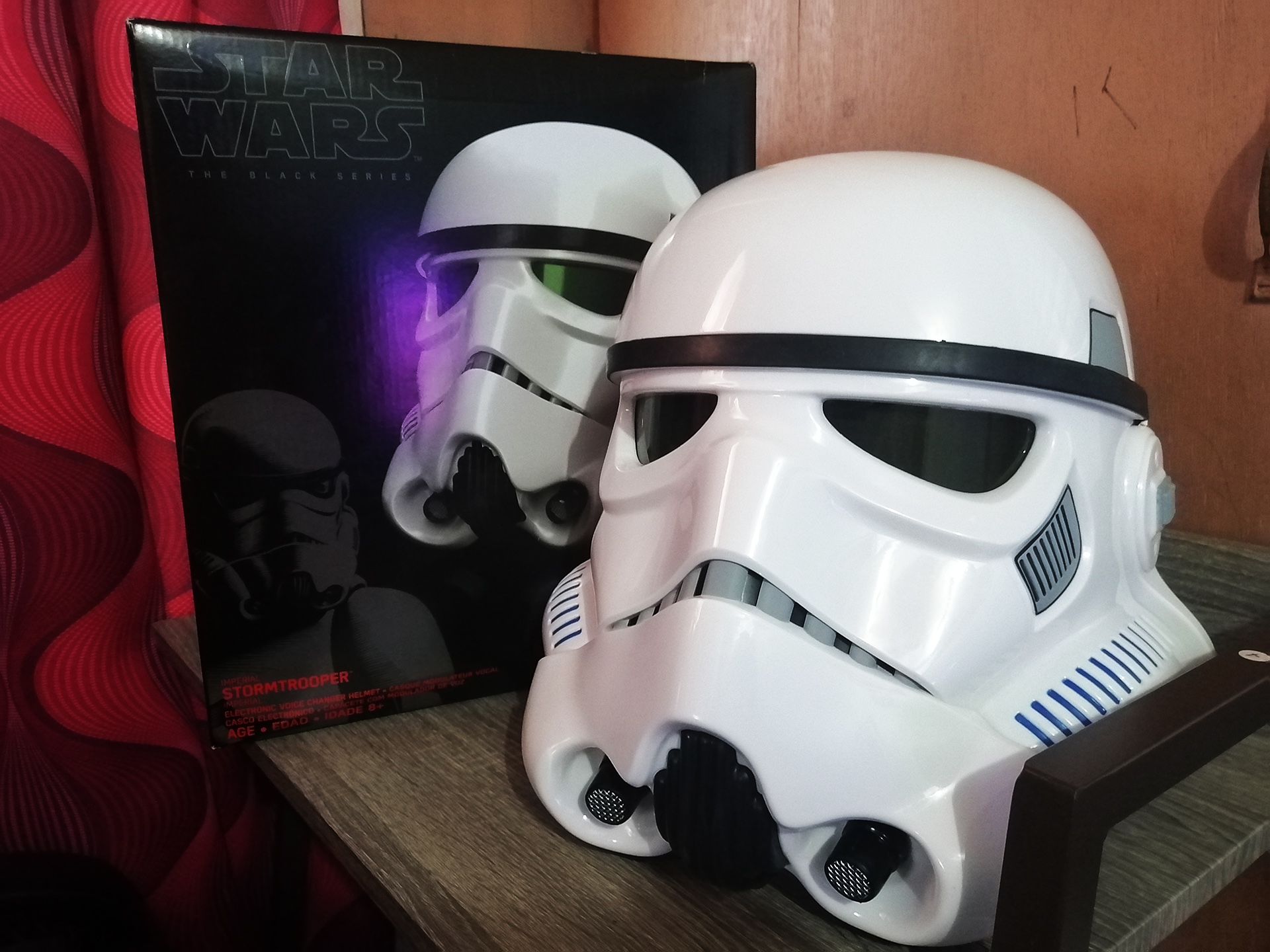 Keeping the galaxy in fear, the white armor protectors of the Galactic Empire reigns supreme in the post-Clone Wars era. At first, the first batch of Imperial Stormtroopers were the remaining Clones after the great war. They were soon replaced with humans with high regard of loyalty and obedience. Stormtroopers have been known to be deadly in numbers and they’re not to be messed with.

These iconic Stormtroopers were first introduced in 1977’s Star Wars: A New Hope. White armors with a head armor that is quite akin to that of a human skull. They charge in numbers, they are the symbol of fear in the galaxy, far, far away…

If you’re dreaming to become one of the Emperor’s servants, you get to be a Stormtrooper with Hasbro’s Star Wars The Black Series (TBS) helmet lineup. You get to own an almost screen-accurate Stormtrooper helmet based from the movie Rogue One: A Star Wars Story.

This was made possible because of the success of Hasbro’s first-entry in their TBS helmet selection in 2015 – Kylo Ren.

From opening the box, you have the instruction manual. The helmet is separated into 3 parts: the head dome, the front face piece, and the back piece. You have to attach each piece to form the entire thing. As soon as you are able to connect each part, the downside of it is it’s difficult to take them apart with the fear of breaking the hard-plastic hooks.

The Imperial Stormtrooper helmet features a voice-changer that awfully emulates a Stormtrooper’s voice. The speakers are horribly placed at the back of the helmet instead of the front. When you speak, the tiny speakers from the back disappointingly gets overlapped by your loud voice. Even though this was supposedly one of the selling points of the helmet (who wouldn’t want that “radio-like” voice), I can’t easily ignore the fact that the quality of the entire helmet overshadows its little flaws.

You need to have 3 Triple-A batteries to power the thing, and the microphone inside can be adjusted to make it closer to your mouth for better capture.

Wearing the helmet isn’t difficult. Instead of foam attachable to a built-in velcro patches, the front face piece has an adjustable vertical and horizontal straps to lock your entire head so you could see through the green-tinted visor. It’s fairly average in size, meaning even you have a fairly huge head, it will still fit perfectly. Additionally, it also has a nicely placed nose-bridge support for proper face alignment.

Owning one was actually a dream. Back in the year when the first TBS replica entry came out, I didn’t have enough Imperial credits to buy the Kylo Ren helmet, then Hasbro released the Imperial Stormtrooper a year later in time for Rogue One.

After Hasbro revealed its 2nd entry to its TBS helmet lineup to be the iconic white Imperial Stormtrooper, immediately I fell in love at first glance. Unlike the Rubies’ Stormtrooper helmet, this one has better hard plastic material (ABS, to be specific) and an amazing level of accuracy based on the films. I mean, look at those nicely detailed blue Dymak Exhaust Filters and the grey Heat Dispersion Vents. The level of quality that Hasbro’s designers put into this have made it one of the best collectible items for Star Wars fans.

Never did I think that I’ll be able to own one. By having a well-paying job, I managed to get myself the helmet. One particular online seller on Facebook made this dream possible. Dragon’s Chest, a shop based in Cubao, Philippines, had one of the most reasonable prices. The helmet costs Php. 5,500 – that’s roughly around USD $108, then with shipping through LBC, it’s Php. 1,300 which you’ll only pay around Php 6,300. The package will arrive at your doorstep in 2-3 days (provincial, since I live in Cebu, Philippines).

I was able to save more by getting it from Dragon’s Chest.

Even though Hasbro’s Star Wars The Black Series: Imperial Stormtrooper Helmet is 3 years old, the sheer quality of the entire helmet minus the bad voice-changer feature is already a major reason to buy one. You won’t be disappointed with its current price, and even though the First Order Stormtroopers are the “in-thing” now for the new generation of Star Wars fans, nothing can replace the menacing Imperial Stormtrooper from the first Star Wars movie in 1977.