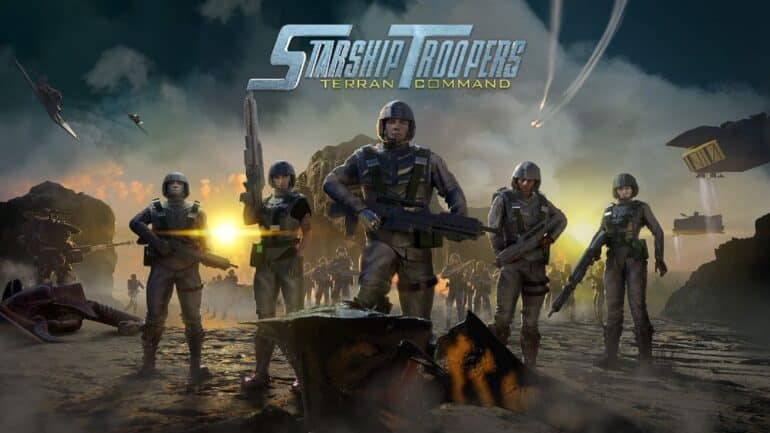 Starship Troopers: Terran Command provides you with a broad selection of units to choose from and get a feel for what it’s like to be a commander. Each one possesses special abilities, and depending on the circumstances, those skills could even sway the outcome of the war.

Although every soldier in Starship Troopers is capable of eliminating insects, they execute so in their own unique way. As such, Here’s a rundown on all Starship Troopers Terran Command Units along with their special abilities.

Starship Troopers: Terran Command grants new abilities to your troops after they have reached Level 3 in the game. When an upgrade is available, a little star icon will appear in the unit’s panel, and you can only select one of the possible alternatives from that list. Due to the fact that squads change frequently, certain abilities don’t carry over to subsequent missions.

Combat Engineers excel in securing choke spots, where they may simultaneously incinerate a large number of Bugs. When attacking, they prefer to use a short-range flamethrower, which deals significant damage and stops any Bugs caught in its path.

E-Pulse Troopers have a much higher rate of accuracy compared to ordinary Rifle Troopers, and their bullets are significantly more destructive. In addition to that, their electromagnetic abilities are well tuned.

There can only be one Fleet Liaison deployed at a time, as they are effectively a one-man army. This guy can hold the front lines, but he needs help. He’s good for his abilities, but doesn’t fight well.

Armored Mechs like the M-11 Marauders can take a hammering and dish it out, thanks to their Gatling rifle, Flamethrower, and Howitzer weapons. Tank-like vehicle that goes at a higher rate of speed.

When it comes to raw power, there’s no match for the Powered Suit Troopers! You’ll have the extra Fire Power you’ll need to take on the toughest foes.

Radio Operators are one more way to give your troops a helping hand. There is little else to say about them other that they are good for communicating and obtaining Dropships.

It’s literally the most basic infantry unit in the game: Rifle Troopers. In general, they’re good for the first few waves, but they have a hard time dealing with tougher Bugs.

As their name suggests, these soldiers are armed with rocket launchers, which are capable of inflicting a significant amount of damage on enemies.

When it comes to dealing with low-class Arachnids and completing stealth missions, Snipers are your best bet. They have excellent shots and can kill insects with an incredible level of precision.

Tactical Officers are extremely powerful units that are capable of doing a significant amount of damage in a short amount of time. They also provide aid by supporting the Troops on the Field, buffing up your Rifle Troopers.