Undead Labs’ State of Decay 2 is probably one of the most long-awaited Xbox One exclusives since its E3 reveal. Its open-world, community-management gameplay mechanics are thorough enough for players to really pay attention to all details presented in front of them. I, for one, dislike doing tedious tasks like managing tons of villages. It gets dragging in the long run, but State of Decay 2 balances that problem which makes it an enjoyable zombie game with or without your friends.

I haven’t played the first entry, this means I won’t be able to do some comparisons between the first State of Decay and this sequel. 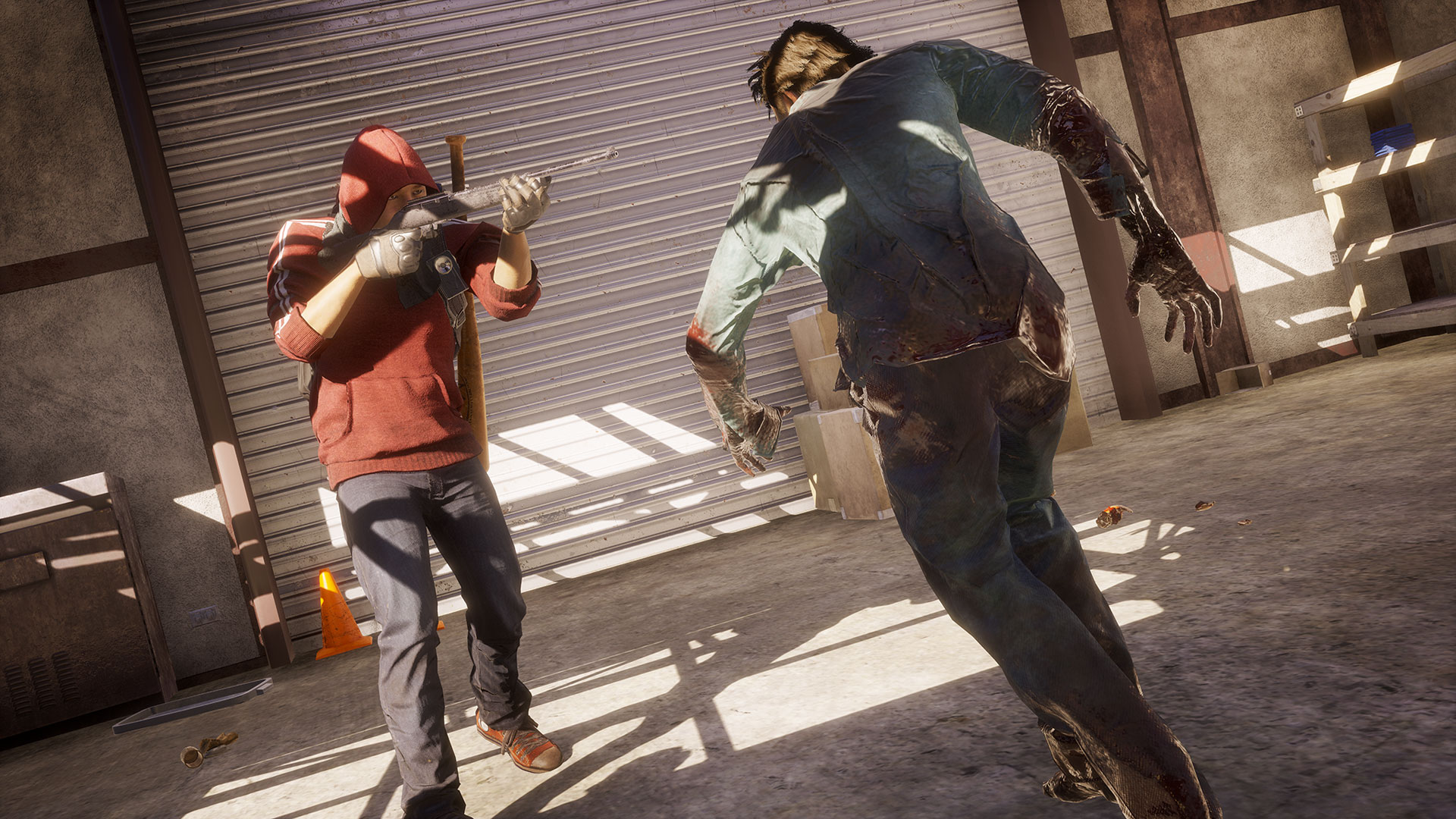 Right before you begin the game with its basic tutorial, you have to choose from 4 different zombie-killing couples with distinct sets of stats. Each having their own advantages and disadvantages. Some of them are great at shooting but gets exhausted pretty fast while sprinting; the others can be useful when it comes to crafting or even gardening.

You get to see your lucky pair running towards a gate trying to escape from a horde of Zeds (they call zombies Zed) trying to survive and hide like the rest of the survivors in this world. However, they’re caught up in an outpost that has been evidently overrun by the Zeds.

During this, you’re going to be taught how to do the ropes in State of Decay 2 like doing killing Zeds off silently and scouring for items from key points. You’re then conveniently greeted (and rescued) by the last survivors of the outpost – a military soldier and a doctor (the gender changes depending on which team you choose). Just before the outpost went haywire, the party safely escapes the place. Its subtle, yet short, tutorial does give you the basics, but that’s just about 10% of what you’re going to experience. 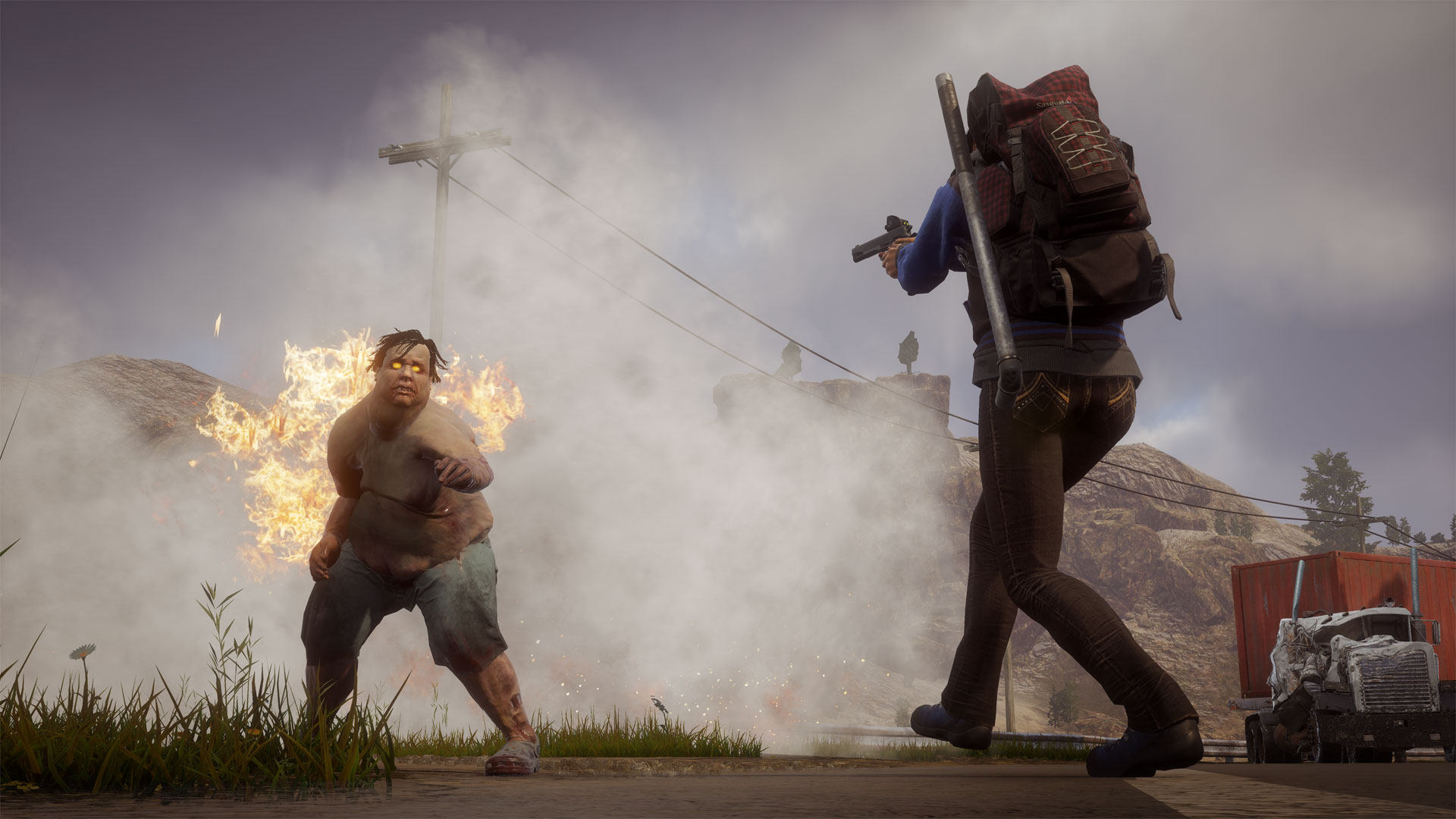 If you follow The Walking Dead series, you will know how important it is to have a community of survivors. They can be handy and can make your outpost secure, clean, and lively. This is particularly true for State of Decay 2.

Community building and management are the key elements in State of Decay 2, and this is not immediately presented to you in the tutorial. This is your ultimate zombie-simulator where you have to tend to your people’s need by doing supply runs, keeping their morale up, and wiping out infestations close to your outpost. At first, the tasks can be, as I have mentioned, tedious. It gets tiresome after a couple of hours for those who aren’t into these kinds of games. But it slowly gets interesting and enjoyable when you begin to understand its mechanics.

When you do your supply runs, you have to explore the whole playground. You can take advantage of cellular towers and billboards to survey the vicinity for possible pitstops, stores, and Zed hordes. I like it how you manually point at question mark points to reveal more of its details. This is also a great way to plan your next move and be more strategical when it comes to bypass or taking out a horde.

One rucksack of supply can only be carried by one person, so whether you are playing with a friend or alone, you will have to take control of the other non-playable character to carry the other rucksacks for you. Even your inventory is limited and you constantly need to return to the nearest outpost to store them in your inventory when it gets full.

Undead Labs wants to keep the experience as real as it can get. Characters get perma-death, meaning when one of your community members die they are gone forever – that’s even possible while helping out other players with their community in multiplayer. So if you go all-out mindlessly killing zombies with your bare hands or a machete and then your character dies, then it’s good-bye.

It’s better to be prepared in State of Decay 2. As you set out with your friends (or AI companion) to answer radio calls from strangers or personal agendas, characters can get overfatigued. They get hungry, tired even. You have to swap the current character with another member of your community to make the other rest.  It adds a layer of challenge aside from taking care of your community.

I consider myself a hater of management games and picky when it comes to simulators, but State of Decay 2 manages to reel me in again and again with its addictive gameplay mechanics for another go. 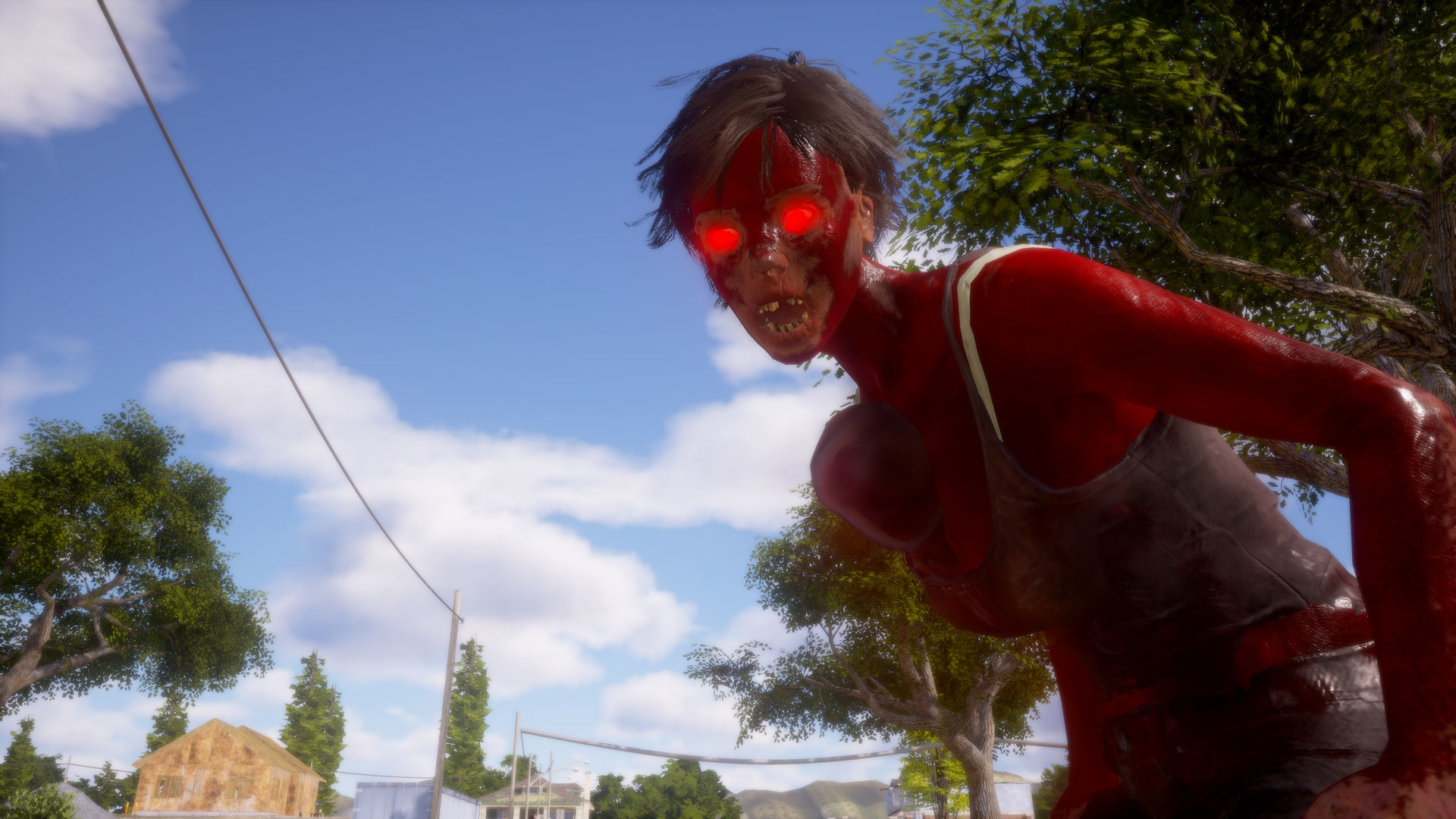 State of Decay 2 never runs out of zombies to kill. There are even deadlier ones like the Feral Zed, a kind of zombie that’s agile and grapples you, and there’s a brute zombie called the Juggernaut. These two, and the other Zed variety (Freaks, Screamers, and Bloaters), exist in the first State of Decay.

Plague Hearts and its Plague Zombies are the new threat in town. Infestations are difficult to destroy when we talk about Plague Hearts. They can soak a lot of damage which hurts your supply of bombs, firecrackers, and ammo. Being prepared and plan out every move before executing can be very vital to your characters’ survival – if they die, again, they’re gone forever. This packs a lot of entertainment factor when you go out with your group of friends to take out an infestation.

Zeds lurk everywhere in State of Decay 2. May it be in convenience stores or gas stations, they are all there waiting for that one fresh meat to enter.

They can infest the same location again and again over time, invade your outpost randomly, and even travel in groups. They’re dangerous, and if you let your guard down, you’re overwhelmed and that’s something you don’t want to happen. 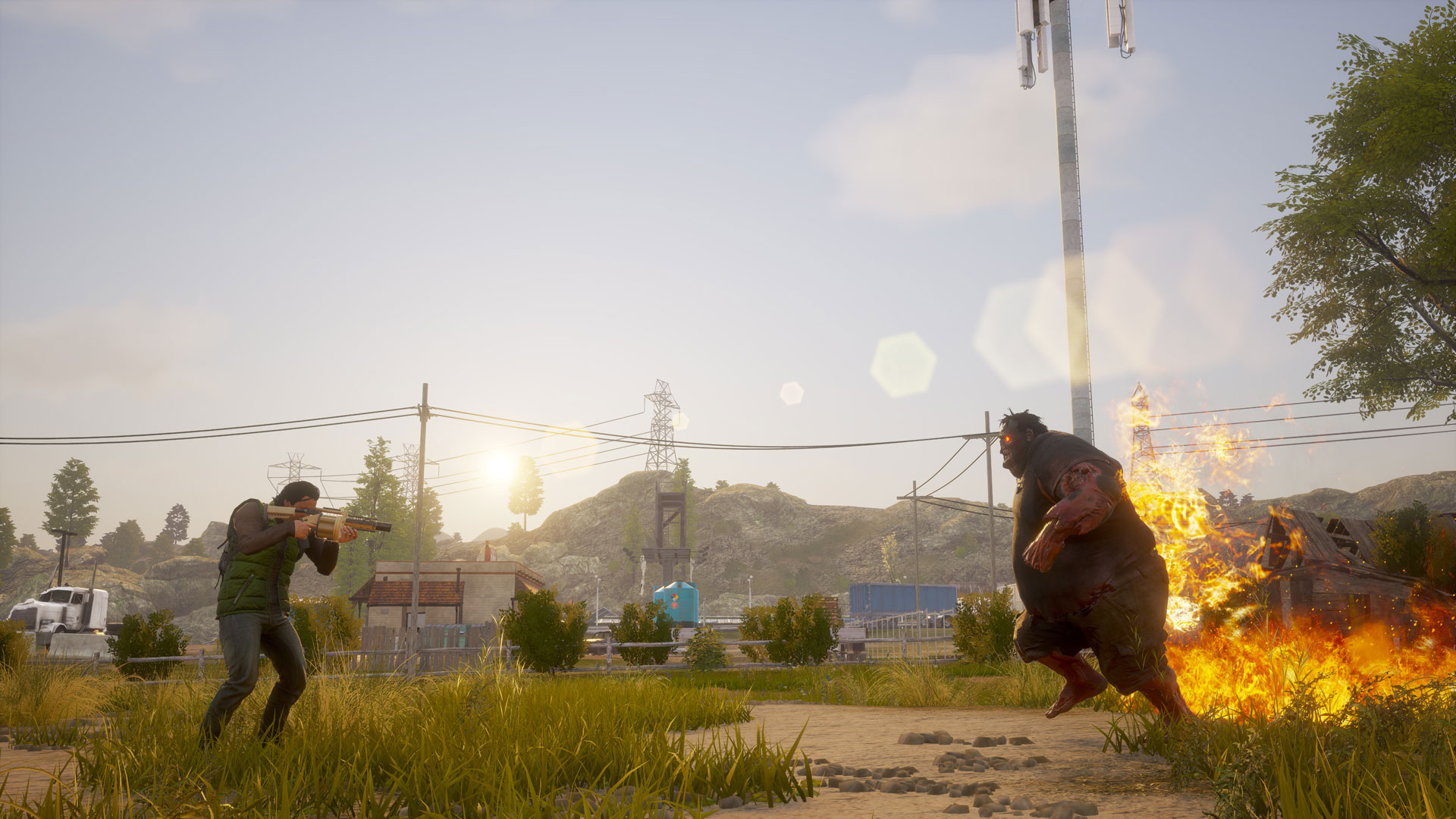 More Than Meets The Eye

State of Decay 2 isn’t graphically impressive, even its soundtrack and voice-acting either. You see low texture details, animation glitches, it’s not visually perfect. Even on PC it still looks utterly rubbish on High settings. You can’t even turn the resolution up to 1920 x 1080 (1080p) and you’re forced to use 1600×900 (900p) like on a non-X Xbox One.

While State of Decay 2 may not be visually appealing,  the thrill and excitement that the game provides shine the most. Even the fear of losing one of your best lieutenants in the community is there. You have to treat the game like it was the real thing – a real zombie apocalypse. It’s a unique zombie game experience you never get to come across frequently. In short, State of Decay 2 is your ultimate zombie simulator. 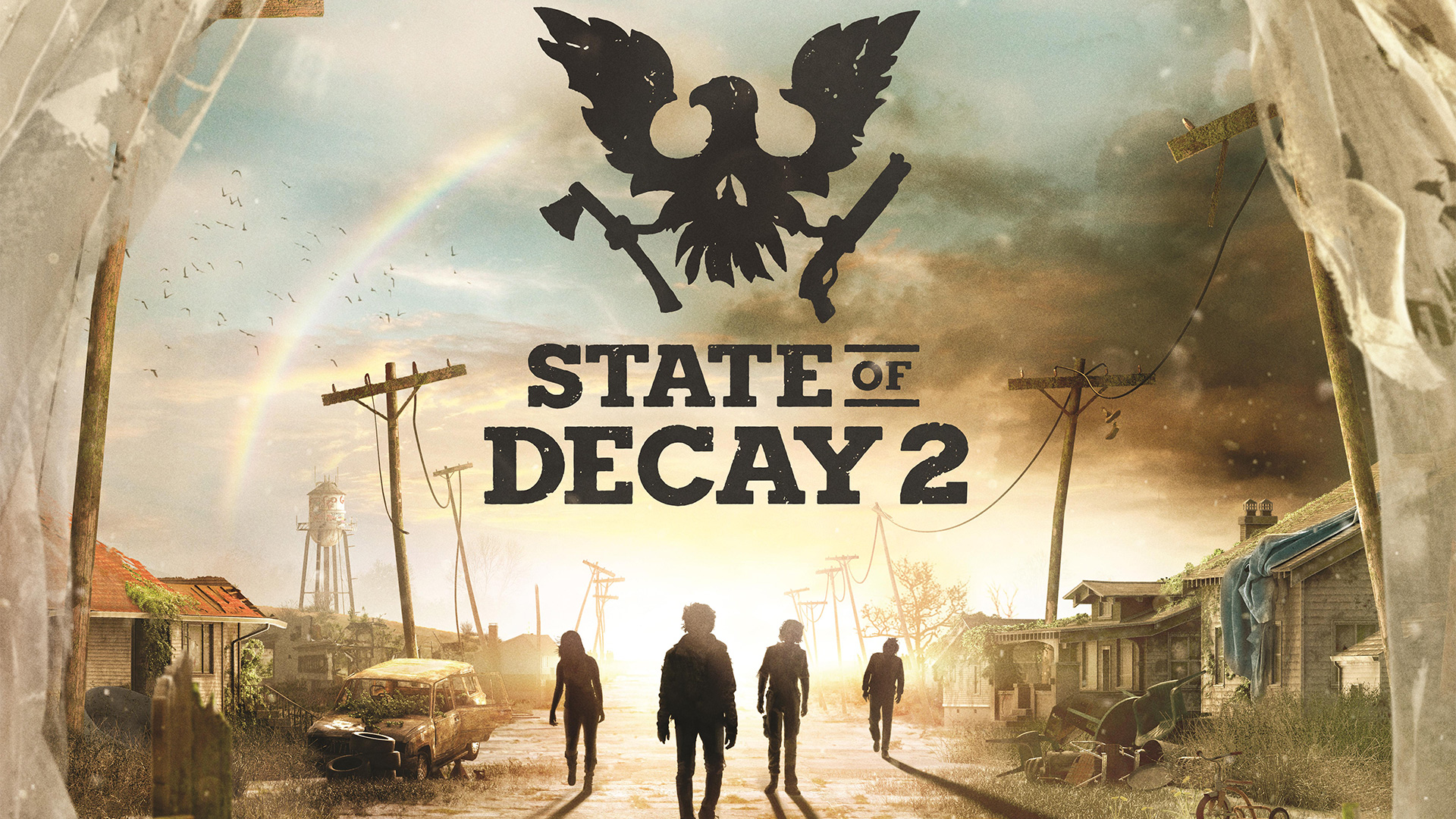 State of Decay 2 - Review
Score Definition
When the issues of a game are rolled and stomped by its greatness, then it’s something to invest on if you have some spare.
Pros
Fantastic Community Management And Survival Mechanics
Multiplayer Is Fun
Perma-Death
Runs Solid On PC
Cons
Animation Glitches
Low Resolution Textures On Certain Assets
Clunky Controls
8
Great