Stories: The Path of Destinies – Review 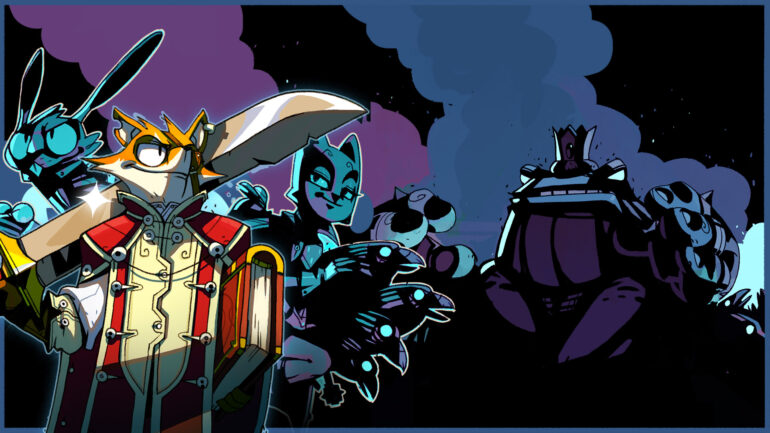 Have you ever thought about “what if I had done that other thing instead of this in the first place?” to get a different ending or path of the game’s story you’re playing? Would it change the way you view the occurrences that had happened? Would it satisfy your side of the story on how it concluded? Or would you like to get different results depending on how you go on with the story? If you’ve ever thought about any of those, then Stories: The Path of Destinies would be a game that’s definitely for your taste.

The story all began when Reynardo met a kid with a book. It was some sort of magical book, since for every story you unlock, the book tells you that it’s what ‘might’ happen, and not what really happened. You are to find out different endings to unlock certain ‘truths’ that would ultimately lead you to a mysterious, locked page of the book that could only be found out if you find 4 of the different truths you’ll discover. It’s a really nice ride, depending on which ending you’re, well, ending. 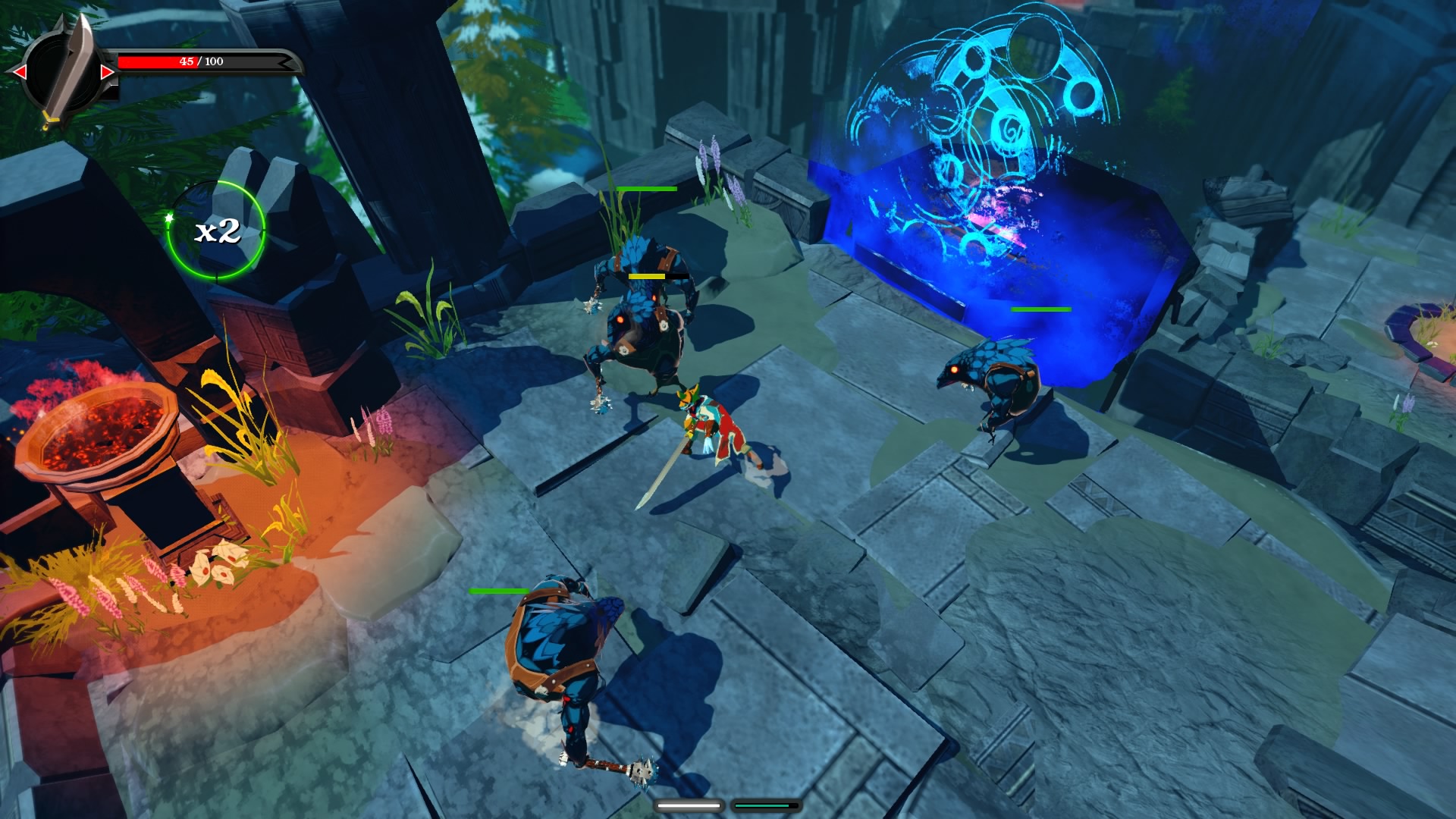 Here’s how it works: you play the game, fight Ravens and other enemies (there are the shielded ones, the ‘fire’ elementals and ones who can ‘buff-out’ Ravens), choose options on what to do next, and unlock a truth. Sounds kinda simple, doesn’t it? Quite simple, actually, since you’re the one who pulls the strings behind Reynardo’s story. The story gets a little repetitive, though, since the options you’re going to pick for every ending has mostly the same choices in it. For example, you chose to save Lapino (a friend of Reynardo’s who’s supposedly a mad rabbit that sold a Pegasus and got caught for it), continue on with the story’s ending, and decided to go back on the same path again, but chose to go with the other side of the same story this time. After you’ve done that part of the story, if you chose to go with the other first option (there are 3 options at the beginning of the story), the path it brings in it is most likely the same path you’ve been with the Lapino story (but don’t worry, it will still stick to the concept of the option that you chose).

The controls in this game is kind of hard, since it recommends a joystick for use. You move Reynardo using the right mouse button. Be warned, it’s not like how you move in an RTS game, since you need to hold the button and point it to where you’re going. The attack, like every other game that includes the mouse to its controls, would be the left mouse button. You use the CTRL key to dash, ALT to hook and SHIFT key to use your sword’s spells. That doesn’t just end there, since you have to parry the enemy’s attack to avoid a TON of damage (parrying was kind of hard for me for a while since you have to point where the enemy is at to parry it, but got the hang of it after a while). The ‘grabbing’ was kinda hard, too, since you have to hold the left mouse button, then release it to a direction to throw the enemy (sort of like slinging the mouse). 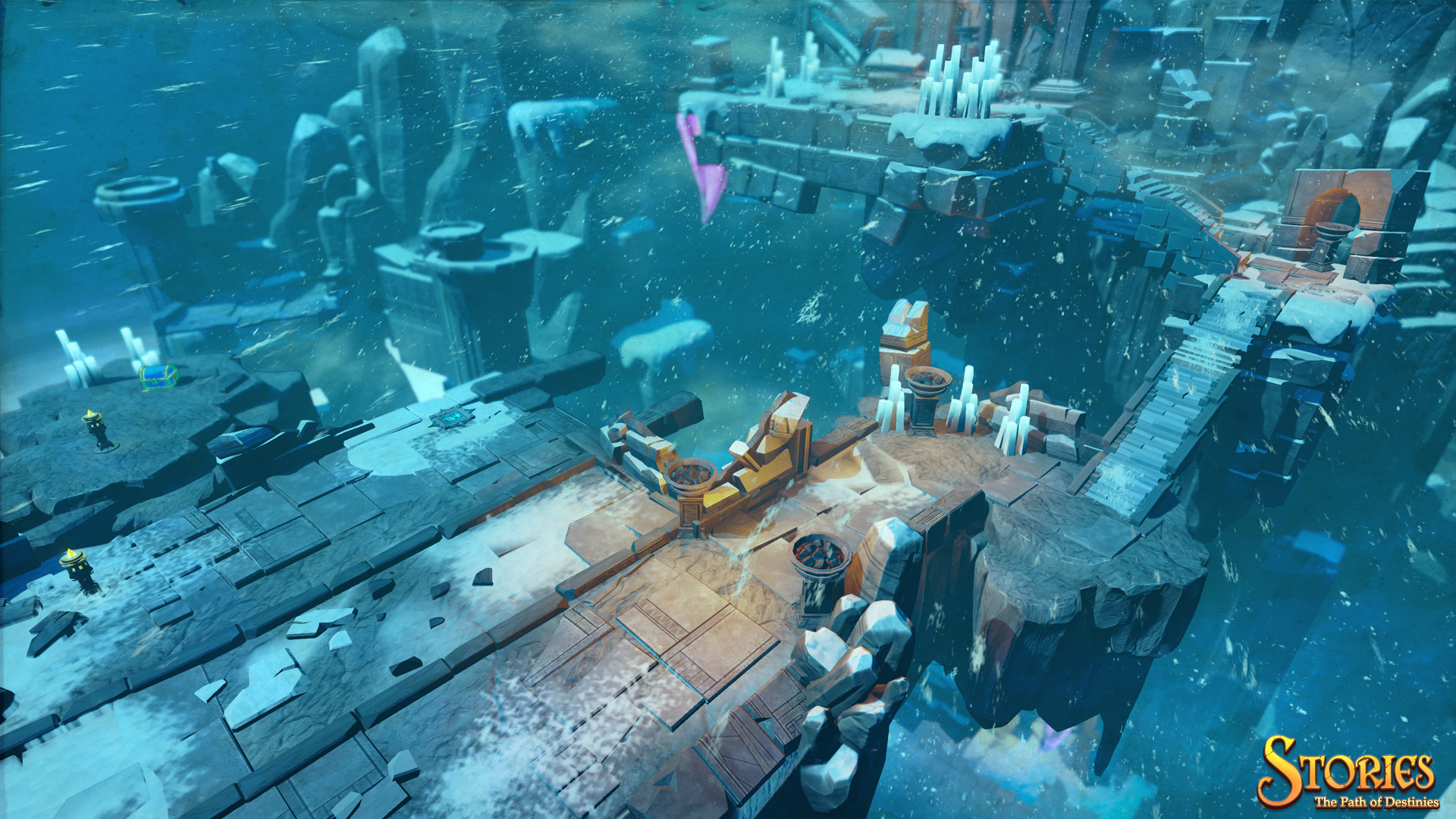 You can also forge magical swords and collect crystals that enhances Reynardo’s capabilities. There are 4 different upgradable swords. There’s one that heals you progressively in time, one that gives off fire and adds damage to your attacks, one that freezes enemies giving you more time to plan your attacks, and once that gives you a fast attack speed (I personally love this one, since I’m the type who likes fast attacks). The crystals you’ll collect are kind of rare, since you need to forge these swords first to open different gates (which can only be opened by using the sword as a ‘key’). Most of them give nice stats (like the, you guessed it right, more bonus attack speed!), some… not really. You can only equip 3 crystals at a time, so make sure you combine 3 crystals that make the most perfect synergy for you. The environment was kind of sharp to the eyes at first (mostly because of the lighting), but it’s really amazing how Spearhead Games (props to them) was able to optimize the game’s graphics. The graphics are absolutely gorgeous (they used Unreal Engine on this one), the environment also suits on what place you’re in, and the characters, though there’s only a number of them, served their purpose as to what they are in the game.

A fantastic fantasy action hack-and-slash RPG game, Stories: The Path of Destinies definitely delivered on what their title suggested. A must for every RPG lover out there.

This review is based on a review copy provided by the developer/publishers.