So many similarities from Diablo and StarCraft! 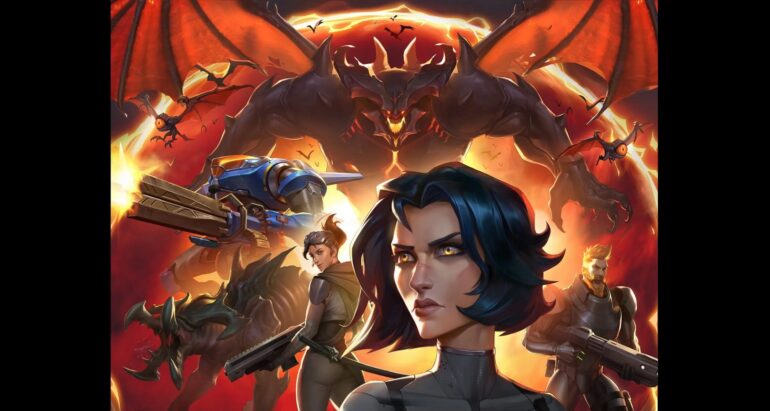 Stormgate Made by Ex-Blizzard Devs

The game has elements from Diablo, Overwatch, and StarCraft. What makes it more interesting is its developers, since Frost Giant is made up of former Blizzard developers who made StarCraft 2. CEO Tim Morten also threw some shade at Blizzard saying this game will not be pay to win or include non-fungible tokens.

The game is set in a post-apocalyptic world where humans will be facing off demons. The beta will be available sometime in 2023 and you can now register here.

Welcome to the future of RTS.

Stormgate is the new real-time strategy game from the team at Frost Giant Studios—including former developers of Warcraft III and StarCraft II. Explore an ever-evolving story through thrilling campaign missions where science fiction and fantasy collide—solo or cooperatively. Battle opponents around the world on our competitive 1v1 ladder. Team up with your friends to challenge the AI in cooperative modes. Get your hands dirty in the editor to build the game of your dreams.

Developed in Unreal Engine 5, Stormgate will support high-resolution HD visuals in 4K and hundreds of units in epic, large-scale wars across a variety of maps and tilesets. The user interface is designed to make RTS more approachable by streamlining inputs, automatically assigning units to control groups, and enhancing gameplay. We’ve lowered the skill floor while keeping the ceiling as high as you want to climb.

Stormgate is the RTS everyone’s been waiting for.