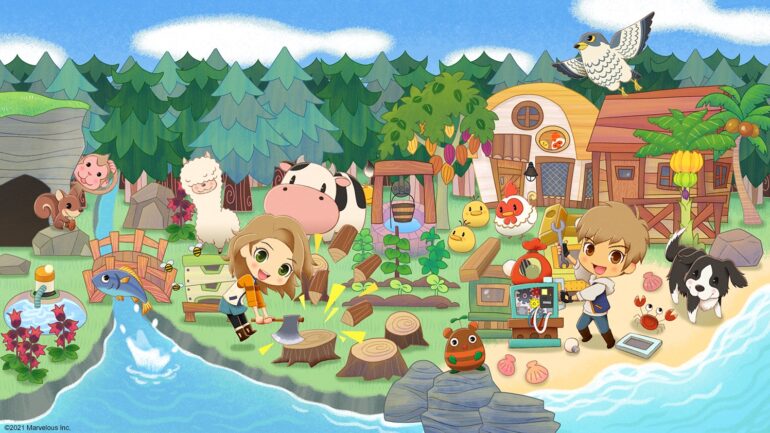 Pioneers of Olive Town will be coming to the Nintendo Switch this coming March 23, 2021. This is the latest entry in the long-running farming/life simulation franchise. This was originally known as Bokujo Monogatari in Japan. It will be a brand-new adventure that will be focused on the explorers founding Olive Town.

Olive Town is a charming seaside community on the edge of the untamed frontier and players will work to breathe life back into their grandfather’s dilapidated farm. Though it may at first appear to be a sleepy burg, Olive Town is home to dozens of unique characters to befriend when players are ready to take a break from building their dream farm.

Nintendo fans rejoiced as the game was revealed on today’s Nintendo Direct Mini. More information about STORY OF SEASONS: Pioneers of Olive Town will be revealed by XSEED Games in the months leading up to the March 23 launch.

“The fan response to STORY OF SEASONS has been incredible, and we know Bokujo fans are always searching for new experiences,” said Kenji Hosoi, Executive Vice President at XSEED Games, “STORY OF SEASONS: Pioneers of Olive Town will live up to its name, with a wild frontier to tame and charming townspeople to get to know. We can’t wait to share more information about this new adventure!”

Developed by Marvelous Inc. and published by XSEED Games in North America on the Nintendo Switch™ system, STORY OF SEASONS: Pioneers of Olive Town will launch on March 23, 2021.