Tonberries are the scariest creatures to fight! 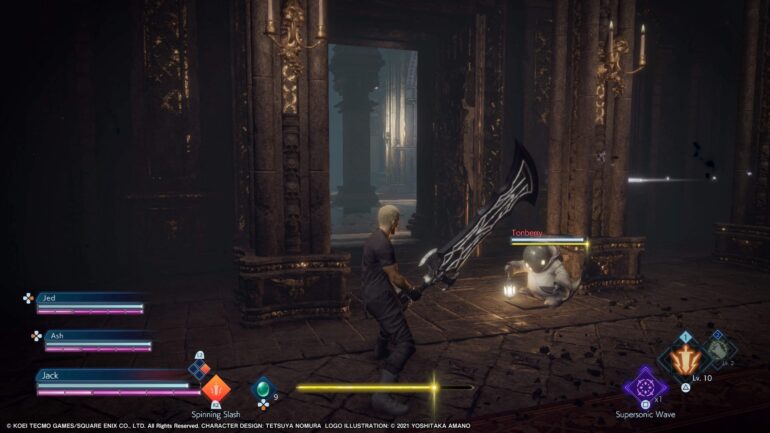 Tonberry is one of the most famous enemies to fight in any Final Fantasy game and in Stranger of Paradise Final Fantasy Origin, the director wanted their fans to feel a variety of emotions when this creature appeared.

Game Director Daisuke Inoue recently shared how they came up of having the idea to add the popular and most dangerous creature in Final Fantasy games, the Tonberry. It looks like a bipedal green fish creature with glowing eyes, wearing a hood, and holding a lamp on one hand, but on the other, a knife. A VERY sharp knife that can sometimes kill opponents in one blow. It is a formidable creature fight against, but fans were always happy to encounter them in every game.

Daisuke revealed Tonberry was not actually added to the game originally in the early builds. When players encounter it in the Chaos Shrine in this game, the location originally had a Griffin in its place. It was a flying creature and it did not seem right since it was a rather tight space inside the shrine, so they thought of another enemy to replace it. They also wanted to surprise the fans after they explored the whole Chaos Shrine.

The director explained that the Tonberry offered two emotions for players to feel when they encounter it: fear and nostalgia. They wanted the fans to be happy that they get to meet a staple enemy in Final Fantasy games, but since it is a formidable opponent, they also wanted them to feel fear. The team wanted the fans to get scared when this little guy appeared with its sharp kitchen knife.

Daisuke also explained how they got the fear factor right for Tonberry. Other FF games made Tonberry walk so slowly, but surely, towards the players with a lot of health. If they fail to defeat it, they would get damaged a lot and sometimes die in the encounter. It did not seem right that Tonberry would walk slowly in this game though since they could just run away if they see it. They added other abilities that would make it a force to be reckoned with like warping nearby players and having the ability to block exits with fire or another type of ability.

The developers were happy to report they finally got the fear factor for Tonberry right and it seems the fans loved it.