Gilgamesh has arrived on the scene! 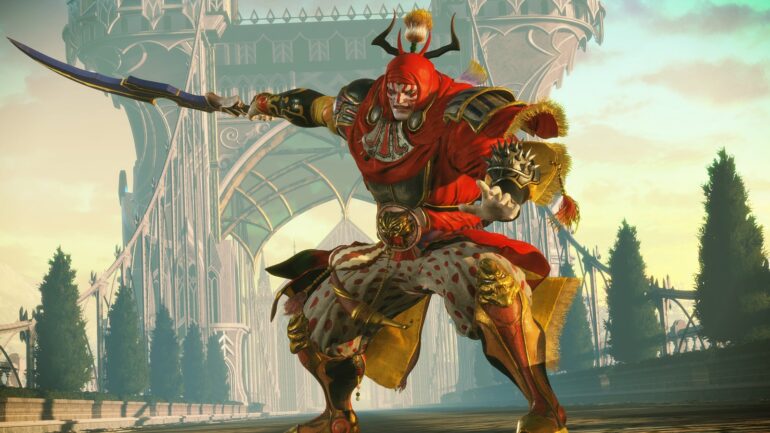 New details about the new Stranger of Paradise Final Fantasy Origin Wanderer of the Rift are finally revealed by Square Enix today.

As the release day of Wanderer of the Rift DLC draws near, which is October 26, 2022, new details have finally been shared by Square Enix for the players and fans. This is the second mission in the season pass and will be available on PC, PS4, PS5, Xbox One, and Xbox Series X/S. It reveals a new tale that is set after the events of the original game and the Trials of the Dragon King DLC.

In this particular DLC, Jack Garland and his allies get a new visitor from the Final Fantasy franchise, who is a very popular character. He is the eccentric but wonderful warrior Gilgamesh.

Gilgamesh is a warrior that can wander freely between dimensions and he is quite the odd one. In his latest wanderings, he bumps into Jack’s territory and challenges him to a duel, bringing chaos. He can wield various swords and spears in all hands, which offers Jack quite the challenge. Interestingly enough, he has a rather interesting weapon he can use in battle. It looks rather quite the unfair secret weapon to bring into a fight.

Aside from Gilgamesh, a new labyrinth has appeared called the Rift Labyrinth. There will be a new story that will play out as players conquer a series of randomly constructed short dungeons.

A new job will be introduced in this new DLC too, which is the Blue Mage. It can be unlocked after progressing a certain way through the Rift Labyrinth. It allows Jack to learn enemy abilities and turn them into his powers.

A new command ability will be added called the Dimension Bringer. Once it becomes activated, the enemies within the area will be slowed and the damage the player inflicts will increase each time the action ability is used. Instead of Soul Shield, a new special attack will replace it when the effect is active.

Upping the ante with Gilgamesh Difficulty

There is a new difficulty level called the Gilgamesh difficulty, which can be unlocked after players complete the Trials of the Dragon King. Enemy levels will be raised further, which will make them more powerful. Earn special relic equipment when completing these missions with this special difficulty. Equipping them will improve character capabilities.

Because Why Not Tonberry Blacksmith

A new Tonberry Blacksmith will be added to the game with the new DLC. It offers a rather unique line of items to choose from.

Call in a Monster Friend with Monster Bells

Monster Bells have been added to the game, which is really helpful in battle. It can conjure up a monster that will support Jack in the midst of a fight. In order to get that support from a monster, players will need to find a Summonstone and then complete a special event with the monster.

Increase the monster’s affinity through conversations, feeding it, and using items. After getting a high-affinity level, players will get Monster Bells.

Chaotic Monsters is All the Rage

Chaotic Monsters are the new monsters in town and can appear in all missions including Rift Labyrinth. These monsters have a crown icon at the start of the monster’s name and will be more dangerous than regular versions. They offer high rewards though.

Stranger of Paradise Final Fantasy Origin is out now on all platforms. Wanderer of the Rift launches on October 26, 2022.