Stranger of Paradise is a solid game despite its flaws 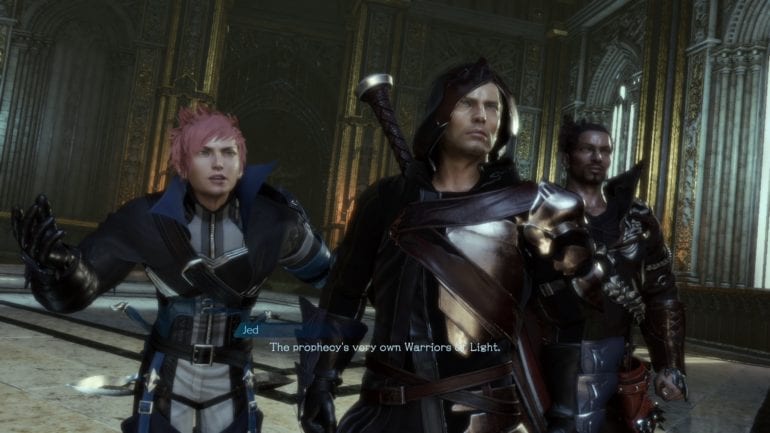 Square Enix’s 2021 E3 presentation came and went and if you’re anything like me and waiting on any news of Final Fantasy VII Remake Part 2 or itching to see just one more second of Final Fantasy XVI, then you likely were left just as disappointed as I was. But Square Enix did have one big announcement to appease us FF fans with Stranger of Paradise: Final Fantasy Origin. Rumored in the weeks leading up to E3 as a Final Fantasy game being developed by Team Ninja of Nioh acclaim, these rumors left me scratching my head about how a souls-like game can translate into a Final Fantasy setting and how they go about this implementation.

Initial reactions to the trailer were mostly negative as the game we were presented with seemed like a PS3-era game, not to mention the ever repetitive “Chaos!” voice line quickly spiraling to a point of embarrassment in the initial trailer. Upon the trailer’s closing credits the E3 demo is released exclusively on PS5 and, as if this reveal could not get worse, the demo is physically unplayable and corrupted requiring a patch sometime later to let you play the game.

As far as first impressions go, Stranger of Paradise could not have had a worse go at it. However, despite all the adversity surrounding it, the game is actually pretty darn good.

Stranger of Paradise is seemingly set in the timeline of Final Fantasy I, which admittedly is pretty bold of Square Enix as Final Fantasy I released way back in 1987 and many people are not as well acquitted with that game in 2021 due to lack of ports and it is still unclear if this is a remake of the first game’s events or not, either way, it is neat to see this setting explored again. Joining the ever-expanding list of Final Fantasy protagonists such as Cloud Strife, Squall Leonheart, Zidane Tribal, and Noctis Caelum is a guy named Jack, a name that really knocks the wind out of the standard Final Fantasy grandiosity. Joining his crew, banding together as the warriors of light are Ash and Jed.

If you liked Final Fantasy XV’s motley crew dynamic then I’m sure Stranger of Paradise will appease you, or annoy you as these guys retain all the battle banter and hoorahs from XV. At first, you find yourself as Jack in a ratty henley t-shirt delivering a very clear mission statement that anyone who has watched the reveal trailer is well acquitted with, they are there to destroy Chaos (proper noun). Tetsuya Nomura’s style of game almost always makes his games feel like they are in danger of becoming a parody of themselves and Stranger of Paradise seems like we are reaching the point where we should just drop all pretenses. The characters are honestly unlikable and dry but for a demo that is only a couple of hours long, I can let it slide. Luckily the game shines where it really counts and that is in the gameplay.

Originally I was really apprehensive about yet another souls-like hitting the market except, this time, with a Final Fantasy coat of paint, did anyone really ask for this game to be made? However, Team Ninja made a game, or demo in this case, that is highly reminiscent of Nioh but also incorporates Final Fantasy systems in clever ways. The standard blocking, dodging, parrying, counter and stamina mechanics are all present in Stranger of Paradise and should feel familiar to anyone that has played a hardcore action RPG in the past. Jumping into this game as a Nioh and Souls game veteran felt as if I was putting on my favorite pair of shoes. The act of spacing yourself, timing your hits, assessing risk, and getting accustomed to your weapon type is as refined as ever.

A feature that I was surprised to see included in Stranger of Paradise is the ability to change difficulty settings between easy, medium, and hard. Typically this style of game foregoes difficulty settings as the challenge is part of what makes a souls-like title so appealing. The medium setting was sufficient enough to keep a Souls fan satisfied and grinding for levels, though the thought of there being an even more difficult mode is actually quite appealing. What if games like Nioh or Dark Souls could not only be easier but also more difficult?

A unique element to Team Ninja games that is present in Stranger of Paradise is the battle set mechanic wherein the weapon you equip will change the moveset of your current build. Weapons present in the demo include the greatsword, the mace, and the lance. These deal blunt, slash, and pierce damage respectively. Weapon choice also dictates which job your build takes and this is where Team Ninja starts incorporating Final Fantasy elements into their Nioh DNA. The mace, for example, is where the mage build resides and it allows you to cast all the classic damage type magic that Final Fantasy fans are surely acquainted with while the other two weapons allow you to take a tank approach or a poke-and-dodge dexterity build approach.

Your choice in armor is exclusive to which battle set you are using and the ability to change battle sets at the press of a button means that how you play is constantly changing. Heavy attacks are based on the job you currently have equipped and rely on the MP gauge which is amassed upon hitting and parrying enemies. Jobs present in the demo are the swordsman, mage, and lancer with separate advanced skill trees including the warrior, dragoon, and black mage.

Both Nioh and Final Fantasy, as separate games, offer a lot more than the job or weapons types here, and notably missing from the Final Fantasy side of things are the white mage, red mage, and martial arts jobs, meaning that hopefully, the full game will add more styles of play.

The battle system utilizes combos that are homogenous throughout job switches. The R1, R1, R2 combo for example will always be that same combo input should you be a mage or a warrior making the game easy to pick up and learn. Each job has a separate skill tree that you accumulate points for the more that you use that job and some unlock carry into other jobs as well, meaning that build diversity is aplenty. Expect to see a flood of build guides throughout the internet upon the full release of Stranger of Paradise.

The Team Ninja and Final Fantasy crossover doesn’t stop at job types though. You’ll encounter some very familiar enemies throughout Chao’s tower including goblins, firebombs, griffins, skeletons and even the classic and illusive cactuar that you know is holding some good loot if you can catch it. This time around Team Ninja gave these lowly enemies some new teeth and they’re definitely nothing to scoff at.
On the technical side is where Stranger of Paradise gets muddy. Graphically, the game does not look great and feels in all ways like a PS4 game with the PS5 demo exclusivity likely being present only to clean up any potential performance issues, of which there are many.

During my time playing Stranger of Paradise with the performance, mode enabled the game still regularly dropped frames and even had full-frame locks in certain areas which let some skeletons land a few cheap hits on me more than once. Your companion AIs are rather obnoxious in battles as they don’t do much to help you. Jed and Ash actively hinder you as they get down for the umpteenth time only to drain you of your limited potions while you do most of the leg work anyways. There is still plenty of time to go until full release, the date of which is unknown and it is good to get these issues front and center for a hopefully refined and polished release.

Ultimately, Stranger of Paradise has a lot going against it but Team Ninja and Square are making it work because it comes down to the fact that you can’t beat solid and refined gameplay. The game’s characters are unlikeable, the graphics leave a lot to be desired and it can’t hold a stable framerate. However, the game mechanics are as refined as you can get from a Team Ninja game and that final fight with Chaos? (it is almost definitely Garland from Final Fantasy I) was one of the most fun and challenging experiences I have had with a game recently. Stranger of Paradise kept me at the edge of my seat death after death and once the demo was over I really only wanted to play it some more.