A flawed, yet charming reimagining of Final Fantasy that is greater than the sum of its parts. 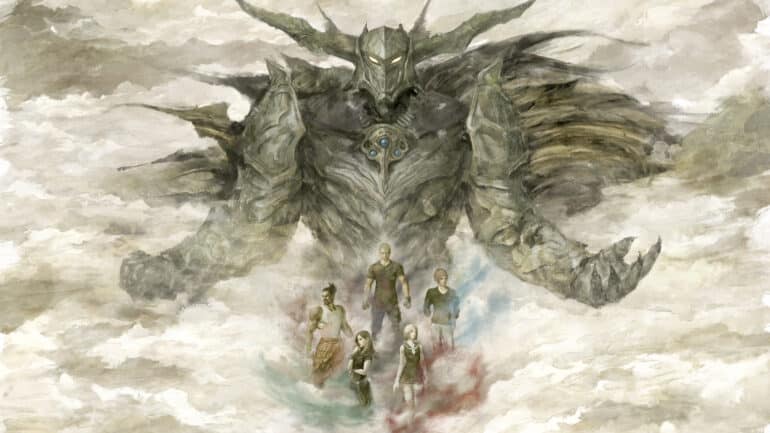 The first time gamers laid eyes on Stranger of Paradise: Final Fantasy Origin was at E3 2021 during Square Enix’s game showcase. Fans were left baffled at the characters that looked ripped straight out of a 2004 men’s fitness magazine, and the internet was rife with memes about “Chaos,” a word forever attached to Stranger of Paradise. Amidst many perplexed fans, I stood cautiously optimistic about what this game had to offer.

Stranger of Paradise is an action RPG game created by Team Ninja and published by Square Enix. It brings Soulslike combat from Team Ninja to a retelling of the classic Final Fantasy story from 1987. As a fan of anything and everything Soulslike, along with being a die-hard Final Fantasy fan, this game appeared to be custom-made for my enjoyment. What the final product delivers is a fittingly chaotic yet ultimately enjoyable ride.

Stranger of Paradise feels like fan service in many regards. Players that enjoyed the first installment, either since launch or with the new Final Fantasy Pixel Remasters, will immediately see the care that Team Ninja put into crafting an authentic version of the kingdom of Cornelia. Additionally, they sprinkle multiple tributes to classic Final Fantasy moments with plenty of homages to various games in the series.

Seeing the Warriors of Light gazing into the sunrise at the start of their journey, just like in the opening of the first game or hearing an interpretation of Final Fantasy XIII’s main theme in one of the levels, were standout moments for me. Stranger of Paradise is nostalgic to the core, which is sure to please longtime fans of the franchise. However, it does stumble when it comes to its storytelling which lacks the caliber of story that fans expect from a Final Fantasy game.

Our main protagonist, Jack Garland, sets the standard for what to expect when it comes to Stranger of Paradise’s storytelling. Early on, we learn that all he cares about is destroying Chaos with little regard for anything else. When faced with an avalanche of exposition from other characters, Jack’s response is to call bullshit, put in some earbuds, and walk away while listening to a knock-off Limp Bizkit. Describing this scene doesn’t do it justice. On paper, it sounds rough, but to tell you the truth, this level of goofiness graduated from cringy to enjoyably funny.

Watching Jack destroy hundreds of monsters and a boss only to realize that this isn’t where Chaos is hiding was consistently hilarious. Stranger of Paradise plays out like a nu-metal version of Super Mario Brothers where the end screen says, “Chaos is in another castle.” The whole story progresses with a similar cadence before crescendoing in the mid to late game, but it is a goofy ride from start to finish. What more can you expect from a game with nu-metal and Frank Sinatra in its soundtrack palette?

What Stranger of Paradise offers is simplicity, camp, and charm. At best, the world-building is barebones. Cornelia is nothing more than a neat world where we can say, “this was the land of Final Fantasy I.” Otherwise, it doesn’t stand out. Any character that isn’t a Warrior of Light is uninteresting and serves as a vehicle to move the story forward. However, the story’s best beats come from Jack and how he reacts to everything around him.

That is where the real fun in Stranger of Paradise’s story is. It’s not told well, it’s paced awkwardly, and is light on exposition, but the characters are so absurd that it is impossible not to have a great time with it. The story is certainly not for everyone; however, if you can tune your mind to the part of it that can enjoy camp, it is a fun time.

Where Stranger of Paradise shines is in its excellent combat and job system.

In the wake of a decade dominated by video games imitating the Souls-style combat system, Team Ninja has been one of the best with their Nioh series of games. That polish transfers over to Stranger of Paradise exceptionally well. This game features much of the same shoulder button-based combat and dodge and parry defense mechanics that we expect from this game style. Stranger of Paradise nails the high octane moment-to-moment action and is complimented by having such weighty and satisfying combat mechanics. It is simultaneously derivative from Dark Souls while still introducing fundamental changes that make it stand out from the pack.

Much like Nioh’s changeable combat stance mechanics that vary your style of play, Stranger of Paradise features a changeable job system with multiple traditional Final Fantasy jobs in your arsenal. jobs range from basic low-level ones like Swordfighter or Mage to advanced jobs such as Paladin and Sage. The only way to unlock the really good jobs is to grind out levels at lower jobs to unlock better ones, ensuring that there is proper incentive to try and level up every job. These jobs keep the game fresh and rarely does it feel like one job is less viable than another.

Although, in a similar style as Nioh, Stranger of Paradise elects to have a loot system that is overstuffed and unnecessary. Every mission spills over with loot to find, but none of it ever feels genuinely worthwhile. No loot piece ever had me reconsider if I should just press the “Optimize Equipment” button, and I did that the whole game without issue. Loot comes in, and I simply dismantle it without hesitation once I outgrow it. Less, more important feeling loot would have been a stronger option here.

Classic Final Fantasy enemies return from bombs, goblins, tomberries, and the always elusive cactuar. Each requires consideration in how you approach them. The best part is that they’re fun to kill! Say what you will about the story; that is fair game, but the game still manages to be fun and mechanically interesting throughout its runtime.

Stranger of Paradise is a spectacle to watch in the heat of combat. It manages to capture that wonderful combat dance flow-state as attacks fly and characters dodge around each other. And I have to mention the brutal finishers. Grabbing a skeleton head, smashing it onto itself, and watching it explode into a thousand crystals is always satisfying as long the frame rate dip doesn’t annoy you too much.

On the technical side, Stranger of Paradise is a huge disappointment. In terms of general game design, Stranger of Paradise feels like a PS3-era game thanks to its linear levels and bygone era of JRPG camp writing, but don’t make the player feel like they’re also running the game on a PS3 while you’re at it. The frame rate is inconsistent at best, and the overall image is among the blurriest I have seen in a AAA title this year while also featuring terrible aliasing. The worst of both worlds. Hopefully, future patches can fix these issues.

As I made my way through this game, one thought ran through my mind, “I should not be enjoying this game as much as I am.” Nothing about Stranger of Paradise should work. The characters are campy, trying hard to be cool for cool’s sake. The loot game is unnecessary, and it is a pretty ugly-looking game. However, Team Ninja nails the gameplay. Killing classic Final Fantasy monsters has never been more fun than it is as Jack Garland. If you can dive into Stranger of Paradise knowing that you’re in for a chaotic mess with a solid gameplay foundation, you’re in for a good time. 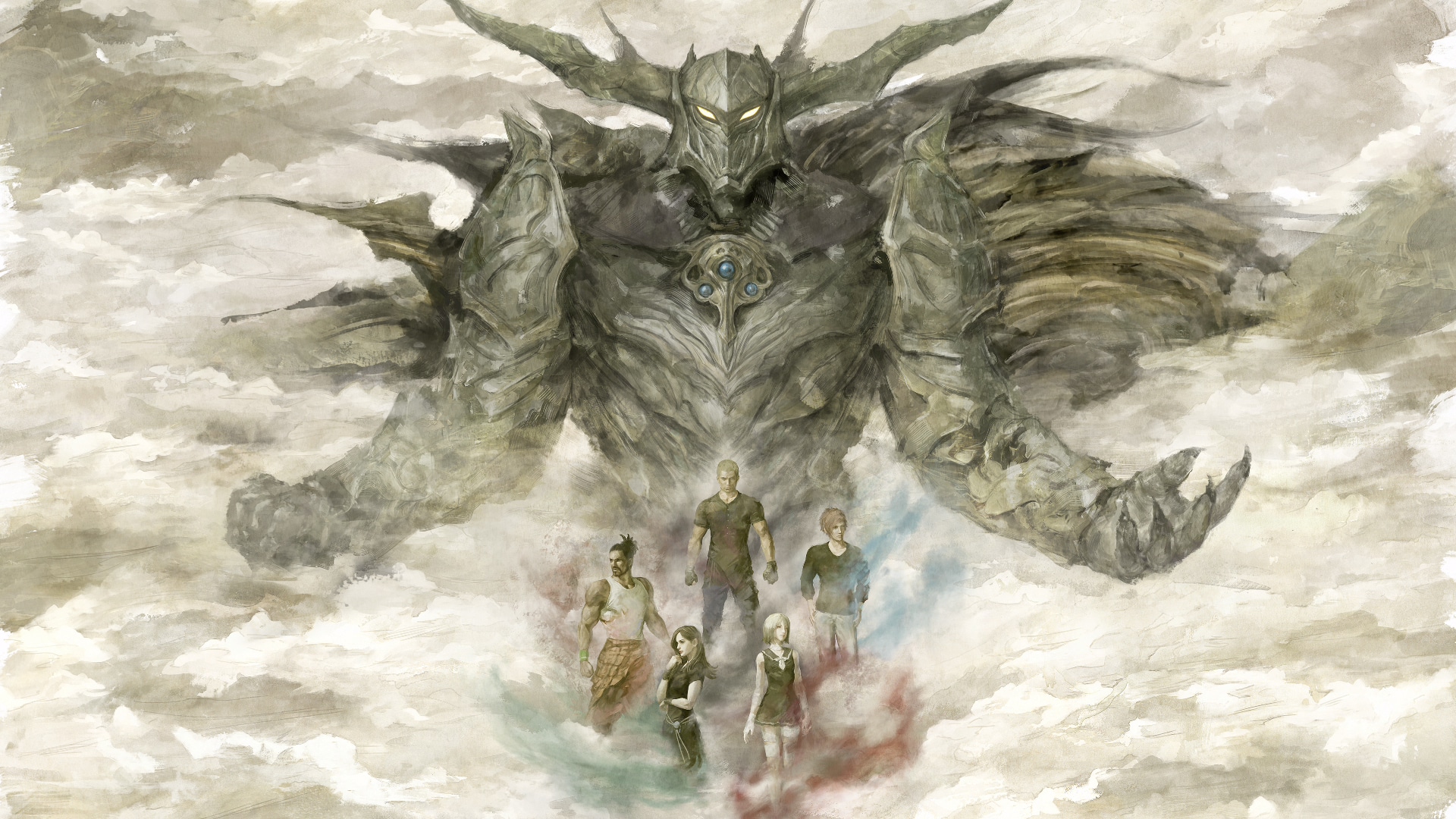 Stranger of Paradise: Final Fantasy Origin – Review
Score Definition
When the issues of a game are rolled and stomped by its greatness, then it’s something to invest on if you have some spare.
Pros
Weighty and satisfying combat
Expansive job system
Oddly endearing characters
Fun enemies/bosses to see and fight
Plenty of fan service for FF fans
Cons
Poor performance
Boring level design
Story certainly isn't for everybody
8
Great