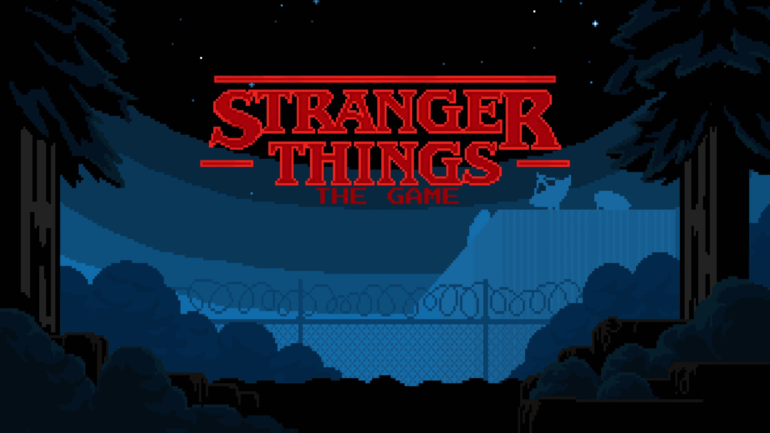 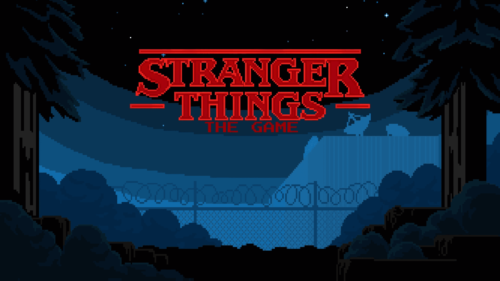 Ever since Netflix Original Stranger Things came out – I have been a fan ever since. I remembered viewing season 1 like it was just yesterday and I honestly couldn’t stop watching it. Now to see this amazing series in a game is surreal and I was really ecstatic when I found out. You see, when a game turns into a film adaptation – it usually sucks big time. But this time, it’s the opposite! So nothing should go wrong, right? Riiiiiiggggght! (Facepalm)

The game follows the plot of the newly released Netflix Original The Stranger Things Season 3. Developed and published by BonusXP in collaboration with Netflix brings about an adventure game that features an 80s vibe, a retro 16-bit art style that supposedly should give us a nostalgic fun. Fans are expected to see a different kind of experience in their favorite TV show through a mix of puzzles, exploration, and combat. Just like the TV Series, this game features teamwork where you get to start off with only a few characters and collecting characters as you progress the game. Some characters have unique abilities that will let you go through specific challenges. True to their series characters; Dustin is the only one that can open hack-able locked doors, Joyce with her signature bolt cutters can open chained doors and Lucas who can bomb away boulders blocking your path. Other characters also help on your survival; Max can drop hearts that help heal your party when HP is low or Jonathan can use her camera to stun enemies that can surround your party. Each character is amazing on its own, but definitely greater together.

You can be really creative in creating your party, you can experiment on pairings with their abilities and decide which of them works best on your preferred gameplay. I prefer long-distance attacks and damage over time so I primarily see myself using Dustin and Eleven more often. In-game equipment is called Trinkets that can enhance either the party’s overall attributes such as; attack, block duration, and speed or you can choose to enhance a certain character’s ability; increase Dustin’s chem attacks or improving Mikes’ taunt making enemies deal more damage.

Crafting these trinkets requires materials that you may be able to collect upon exploration or you can purchase them at vendo machines, at Melvalds General Store or at Starcourt. Your inventory can only take up so many materials, luckily enough you can sell them to Ivan after completing his mission. Unfortunately, this cannot be done in crafted trinkets. Mission completion sometimes rewards you with trinkets or you may find one in concealed boxes. You cannot sell these items to Ivan nor to any stores on the map! This would’ve been a better source for credits.

It’s actually mind-blowing that the game does well in incorporating these monumental locations in the game and did a good job at it. Traveling from major location to the next might bump you into a loading screen but it really doesn’t take much time. To be inside The Stranger Things universe looks and feels surreal with careful details is really a delight. But, I honestly will not recommend this game if you haven’t seen any episode yet and especially if you haven’t watched Season 3. I played this game without watching the series and it wasn’t the experience I was looking for. The narrative is mundane to a fault. Yes, the plot follows closely with the TV Series but it didn’t give justice to how exciting the actual storytelling is.

There were narratives on the game that I didn’t quite understand and would have to rely on common sense and historical events to fully understand what was going on. I find myself always stalling on the missions because I wasn’t that invested in it. Side quests were okay because they meant more credits and materials anyway to help me craft advanced trinkets and gives me an excuse to discover more of the map locations.

Defeating Russian mobs and monster rats doesn’t give you experience points and I find that unnecessary in a smash-everything game such as this as there is no leveling feature on this game. It would’ve also been better if there was some sort of a completion percentage for every building you entered to make sure that you have scoured through every room available. With an eight hour campaign and episodes are broken down to chapters. The game is very casual, delivering modern mechanics with very easy controls. It will remind you of the ‘old games’ that you used to play during the 80s and 90s. Players, both fans and new to Stranger Things, are always welcome to join in the fun. Puzzles are always an exciting feature when presented and it slightly varies from location to location, from moving furniture to open secret doors, turning on the right switches and moving blocks.

Playing this kind of adaptation is nostalgic on its own right. I have enjoyed the Universe it created in-game with those infamous film locations but it did nothing to the lore, getting to know more of the characters or outside of its original storyline. I guess I would’ve wanted a kind of surprise that only Players will experience since they are using another platform in getting to know this wonderful film. Playing as one of the characters is supposedly enjoyable but I find it this game lacks the excitement it is supposed to draw from their audience.

Disclosure: This review is based on a review code provided by BonusXP. Read our review policy to know how we go with our game reviews.
Tested on: PS4

Stranger Things 3: The Game – Review
Score Definition
You better have to choose if it’s worth spending your spare cash, because it might not be the game for you and it might be for others.
Pros
Careful Details of the in-game Locations
Amusing Gnome Collectible
Great Emulation of the 80's aesthetics
Unique Character Abilities and Possible Combination
Cons
Thin Trinket Variation
Small Soundtrack List in Comparison to the Retro Music Filled Series
Lacks the Sentimental and Thrilling Charm
Underwhelming Narrative
6
Justified