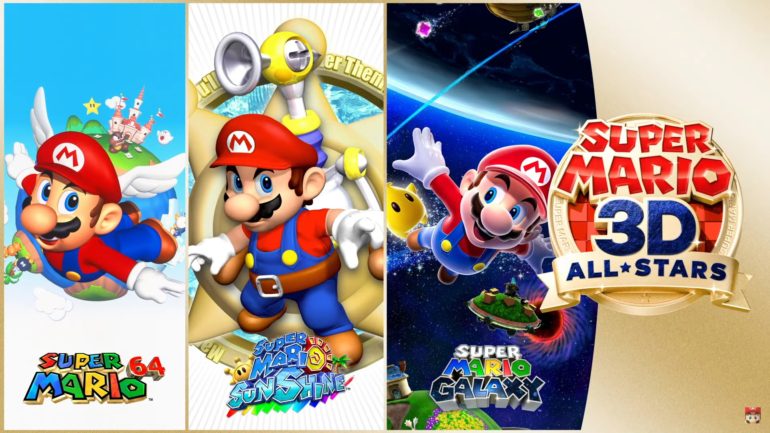 The video game collection will be available digitally and in a limited run physical edition this coming Sept. 18. It was revealed during the Super Mario Bros. franchise’s 35th Anniversary Direct. It will include three games that will have the remasters of Super Mario 64, Super Mario Sunshine, and Super Mario Galaxy.

All of these games will have better visuals in high definition and all of them will have 16:9 screen ratio. For two player action, players can use the two joy-cons.

Check out each game description here:

Mario pays a visit to Princess Peach only to find the castle taken over by Bowser! Enter magical worlds through the castle’s paintings to collect Power Stars and save the day.

Experience Mario’s first foray into 3D platforming in the Super Mario 64 game, originally released in 1996. Wall jump, backflip, and even fly as you explore paintings and collect Power Stars to save Princess Peach!

Fun in the sun

Mario travels to the beautiful Isle Delfino for a tropical vacation with his friends, but instead is forced to perform clean-up duties by the local residents. Using a device called the FLUDD (Flash Liquidizer Ultra Dousing Device), uncover a shadowy plot and the master puppeteer behind it all!

Soak up the sun in the Super Mario Sunshine game, originally released in 2002, and spray the goop away with your water-spouting pal, FLUDD! You’ll need to collect Shine Sprites and clear the picturesque Isle Delfino of pollution—just watch out for Bowser Jr.

Bowser has launched an assault of astronomical proportions! Thrown into space and equipped with the power of Princess Rosalina’s Lumas, Mario will traverse from planet to planet to save the galaxies.

This will also include a Super Mario Music Player where players can listen to the samples of music from the games.