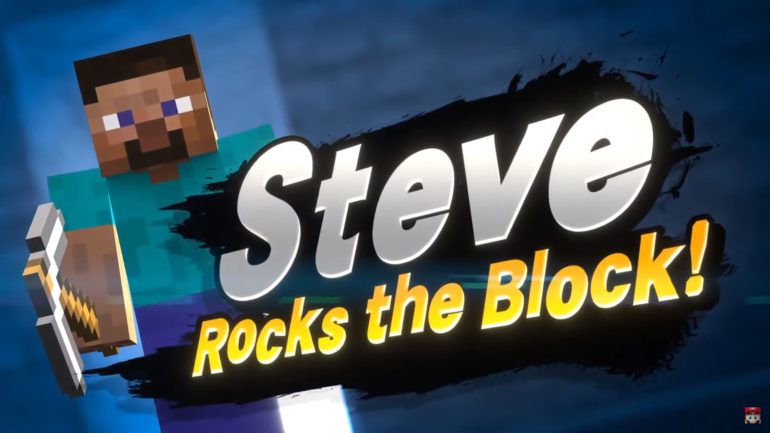 The newest fighter to grace the SSBU arena is none other than Steve from Minecraft. He will be in his blocky form with all of his abilities to use against his opponents. He has alternative skins in the form of Alex, Zombie and Enderman. He can even construct buildings that can be used to his advantage in fights.

Game Director Masahiro Sakurai then gave a brief update for the fans after the presentation. He explained that adding Steve was easy, but the mechanics and balancing them with the other characters was kind of difficult for them to do. Even the stages were tweaked in order for Steve’s building mechanic to work.

More information will be revealed later on Oct. 3. It will go live at 7:30 am PT.

Check out the video here. Reveal starts at 29:40 mark: