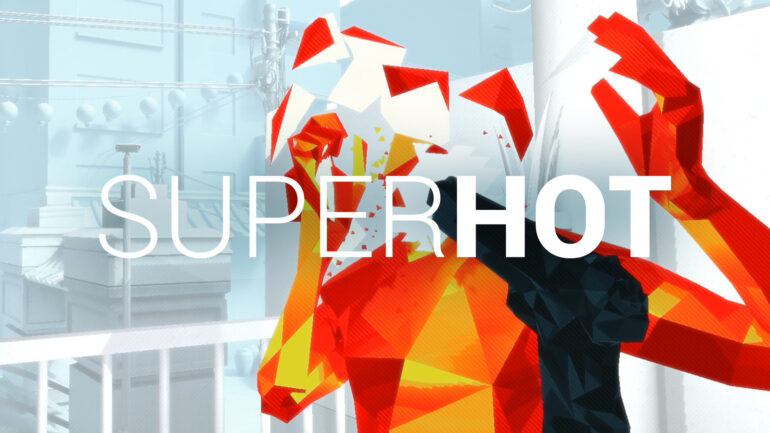 Superhot VR is one of the most unique video games ever made and I’m here to prove that to you. This game was developed by an independent team called superhot. They started a Kickstarter campaign on May 2016 and the game was released several times from a simple first person shooter to a VR shooter. I can say that it is one of the best VR shooter game ever to date. This was released last 2016 as a first-person shooter and then was recreated to support VR for the oculus rift and HTC vive last December 2016. This was praised and got positive reviews from the critics because of its uniqueness and fun gameplay. And now the game is available for PSVR. 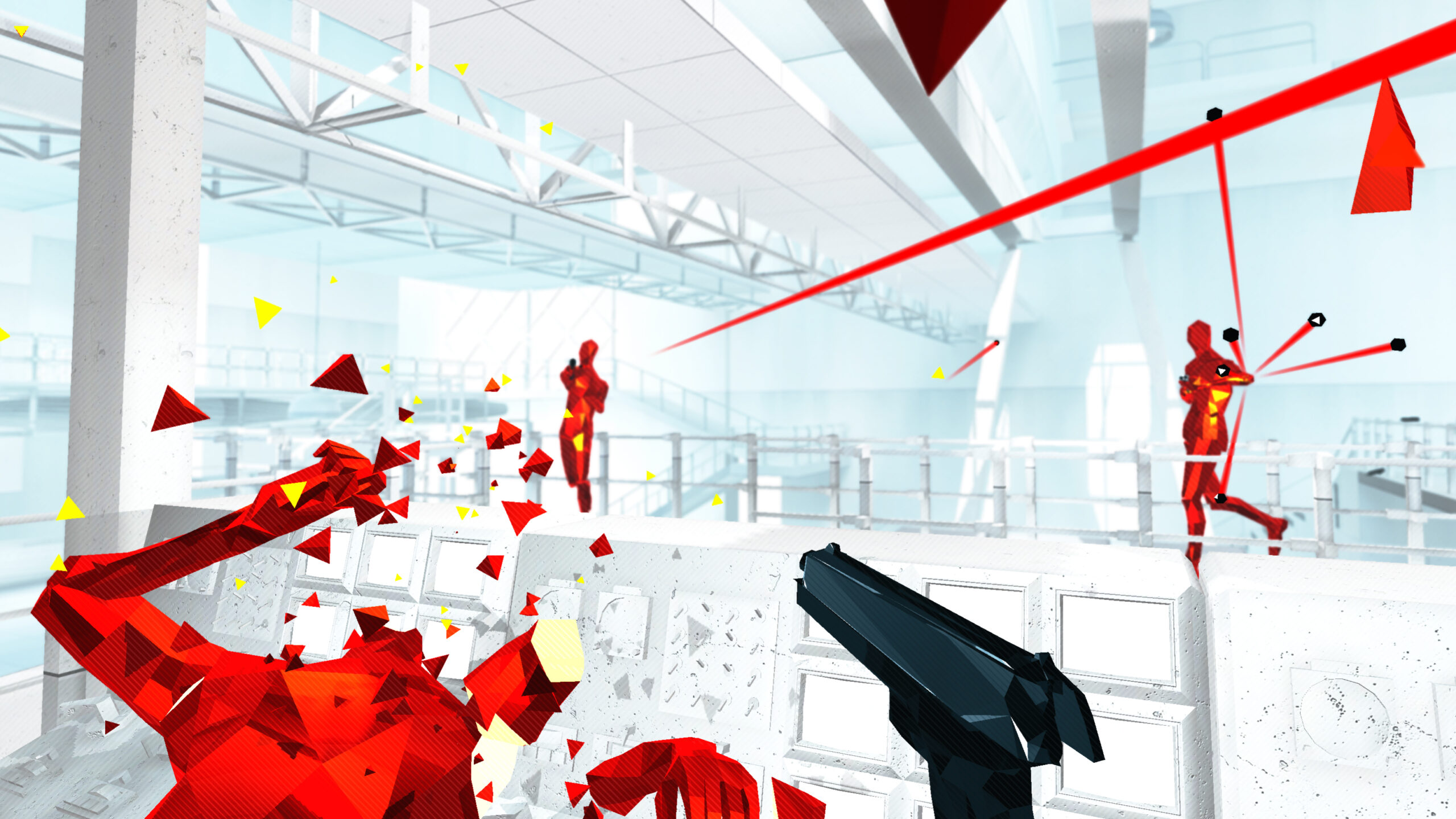 The game starts directly in a tutorial game world where you practice how to use the VR and its controls. You will try to enter a building full of red glass human enemies, and eliminate all of them by shooting, punching, slashing and throwing things at them and also dodging bullets. Enemies die easily but so does your character. After a few stages of intense training and tutorials , you then go back to the real world where your player plays a fictionized version of themselves sitting in front of their computer and also using VR. So basically the game is actually a VR game inside a VR, you will then see a compact disk where you will insert it in the computer so that the real game will start.

Never had I seen a game that made you feel like a real action hero. Superhot VR gameplay is based on a slow-motion mechanic where the game world only moves if you also move. The faster you move the faster the enemies will engage you. Also, this will determine how the difficulty works in the game. You want a challenge? Then move faster. Dodging bullets make you feel stupid in front of your friends that surrounds you in real life. But if you are the one playing it, it feels like you’re Neo from The Matrix.

Punching enemies and stealing their guns that are thrown in midair is one of the coolest thing about the game while waves of enemies will try to kill you from left to right. Both of your hands can be used in this game.  You can use the other hand for shooting while the other one is throwing some things at the enemy. You can actually pick different kinds of things found in the game that can be thrown at the enemy. From cellphones, to bottles, to glass and even ash trays. All this action made me sweat a lot while playing it. It feels like this is one of those games that is good for those who want to exercise while playing video games and this is what I need right now. 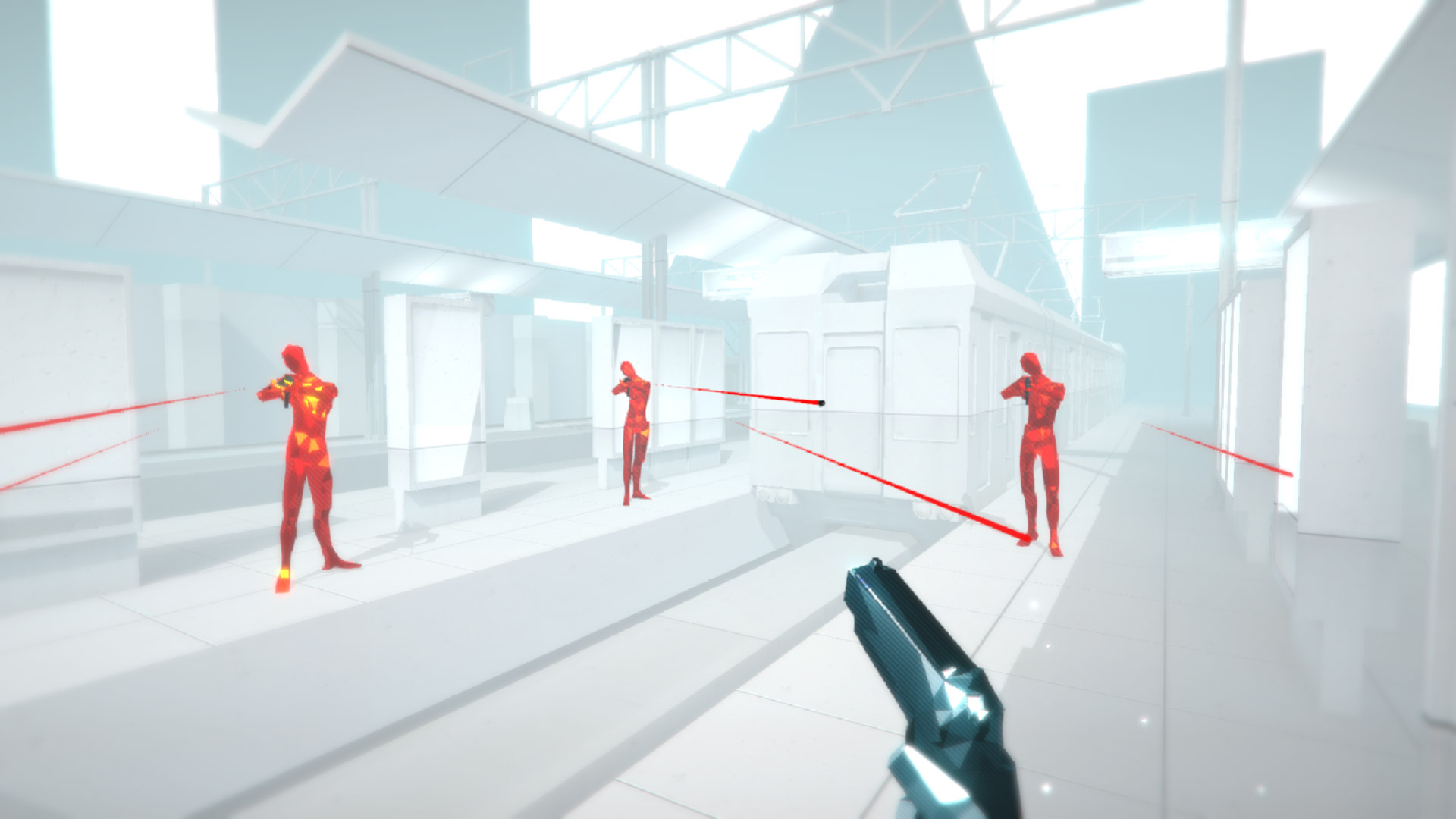 My concern about the game is that it limits you to stay in one place while you try to eliminate each enemy first before moving forward. It would be more fun if you can freely roam around the area and approach enemies by yourself. Maybe they will consider it in the next game they will make. Superhot VR is hard. Even though you try to move slowly so that you can manage to control the speed of the game, enemies will still easily kill you with its instant kill. What really frustrates me about this one is that after finishing some stages and then if you get killed in the middle of the action, you need to go back to the start of the stage and do everything all over again.

The visuals in the game is simple. A mixture of red, black and white was needed to make this game possible. The background was all white but despite of the color limitation, you can tell that you are inside a building because of the design they made for the background. Enemies are colored red so that it would be easy for you to tell where the enemies are located. For some, this might be considered lazy work because of its simplicity, but don’t judge the book by its cover. It may be simple, but it is highly enjoyable. 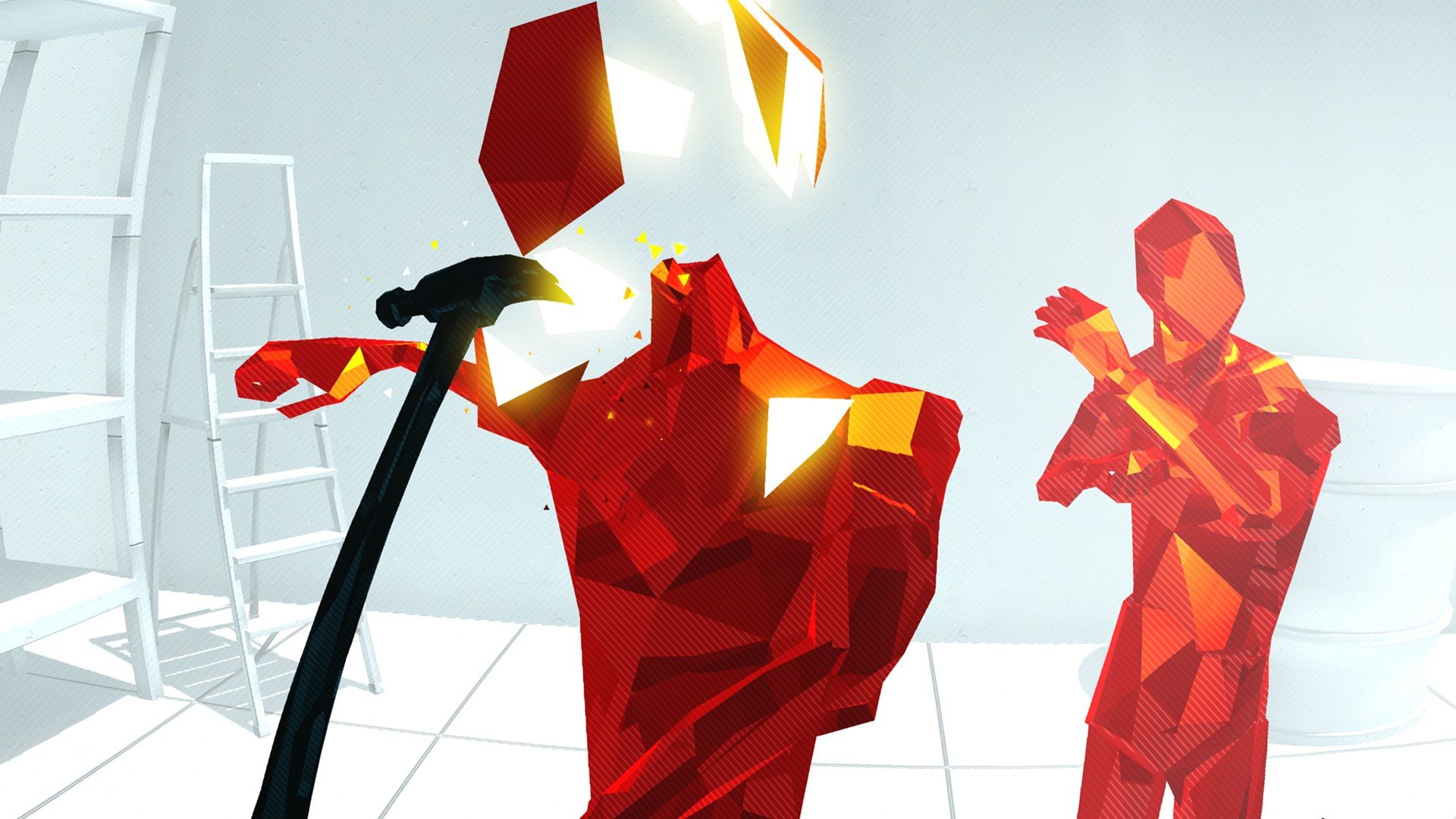 I was excited when they announced that there will a be PSVR version for this game. But after it was released, there were some issues I found while playing it on the PSVR. The tracking of the headset and the camera was a struggle for those who played it on the PSVR. You need to adjust your movement and limit yourself by not moving away too far from the camera. This takes away from the full experience of the game because of this limitation. Still, I had fun playing it on the PSVR but I would recommend it to play it on the HTC Vive or the Oculus Rift.

Overall Superhot VR is a perfect VR game. I spent 2 hours trying to dodge bullets and kill as many enemies as I could. With its matrix-like gameplay, Superhot VR could influence other VR shooters in the future. Maybe one day there would be an actual matrix game with the same gameplay mechanics as Superhot VR. Despite of the issues I had with the tracking of the PlayStation camera and the PSVR, it still delivers a hell lot of fun. I’m hoping they would release a sequel for this one with a better graphics and gameplay.

Superhot VR - Review
Score Definition
May it be the likes of Shadow of the Colossus or Metal Gear Solid, if it’s quite there but not enough to push the boundaries, it’s still an awesome game.
Pros
Action-packed fun
Matrix-like slow motion mechanics
Dodging bullets
Unique VR shooter
Cons
PSVR tracking troubles
9
Excellent