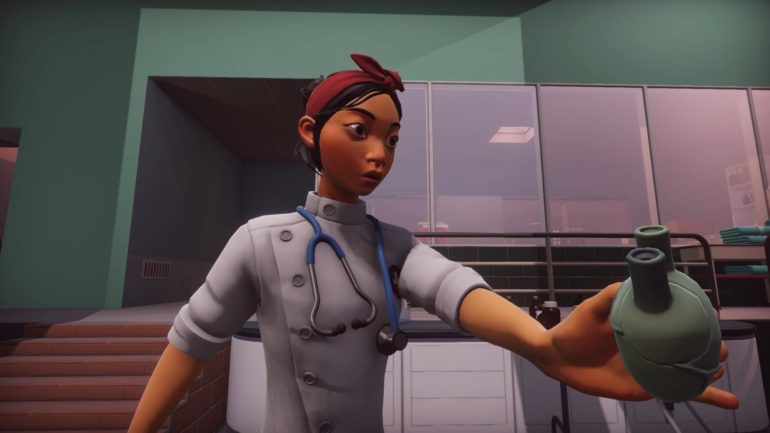 The 100 percent medically-inaccurate operation simulator will be launching this August. The new gameplay overview trailer features tons of fun and mischief to be had with new things to do, tools to master, and facilities to check out. Aside from the game, it will have the Creation Mode which is a toolkit that comes with game.

Surgeon Simulator 2 is the vastly expanded sequel to the original bonafide operation sim, Surgeon Simulator, which was released in 2013 and became notorious for it’s frenzied gameplay and the stitch-bursting laughter that resulted. Surgery remains the lifeblood of this new experience, but this time around, instead of a floating hand confined to the operating table, players control a first-person Surgeon with an entire medical facility to explore. Surgeon Simulator 2 also introduces true co-operation to the franchise – up to 4 players can explore and operate together. But will your team become heroic healers… or barbaric butchers?

As well as a gameplay deepdive, the Gameplay Overview Trailer also teases a little more about the cutting-edge Bossa Labs Creation Mode; a set of easy-to-use and intuitive tools used by our beloved development team to make the game. In this mode, the power to create surgical shenanigans (and much, much more) is in the hands of our players. And absolutely anything and everything they make – be it an ancient burial chamber, a futuristic space station, or even their very own bowling alley – can be uploaded for other players around the world to then experience themselves.

More details will be revealed at a later time.