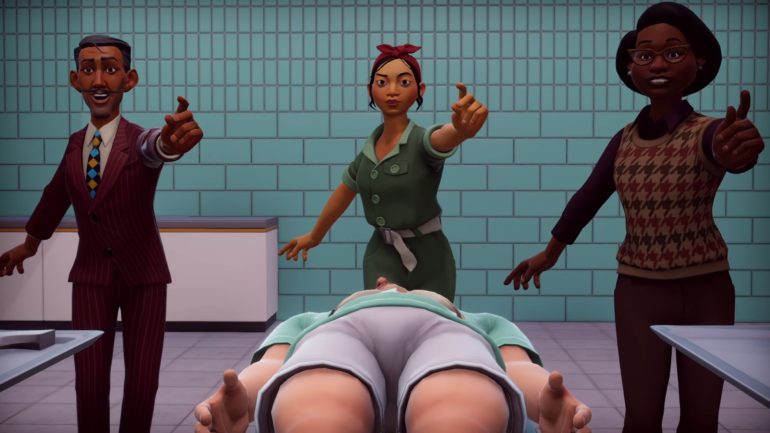 The game studio revealed that the upcoming sequel will launch this coming Aug. 27 with a Closed Beta weekend starting Aug. 7-9 for buyers who pre-order the game on the Epic Games Store. They also revealed that a secondary gameplay option will be added called the Bossa Labs Creation Mode. It is a new mode playable alongside the title’s story mode and will provide players with a set of easy-to-use tools that allows them to create any number of levels and experiences. They can then upload those levels and share with the wider community.

This is a new sequel that is based from the original operation sim that was released in 2013. It was so popular for its chaotic gameplay and hilarious disregard for medical accuracy. The sequel has double the physics-based pandemonium and a full course of unbridled creativity. Thanks to Bossa Labs Creation Mode, the game just got a lot chaotic.

Up to four players can build levels together online in real time with the Boss Labs toolkit. It also gives them the freedom to design level logic and gameplay rules with instant transition between creation and gameplay. This mode will be easily accessible with the game and will not need any other downloads or resources.

A deluxe edition is also available for pre-order that will include pre-order bonuses cosmetics like the Mad Scientist cosmetic set. The special edition will include the Season Pass, Official Soundtracks, the Surgeon Simulator Wristwatch Cosmetic Item and the Super Hero Cosmetic Set. The Standard Editions costs $24.99 while the Deluxe Edition costs $39.99 only.